How High Can Your Rabbit Jump? 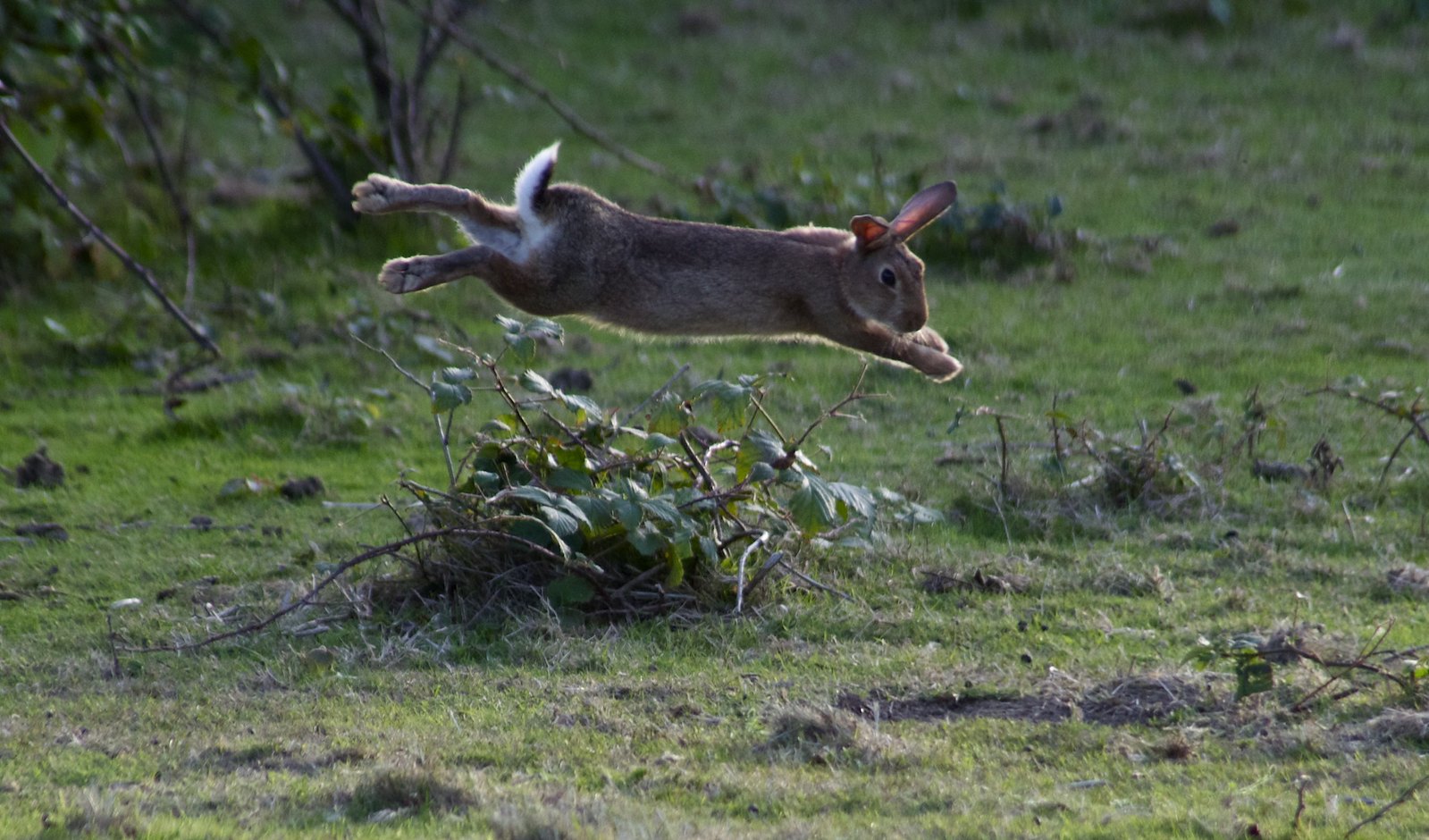 Take one look at any rabbit, and you’re likely to notice their large, well-developed back legs. Best known for their hopping way of moving around, rabbits are designed for powerful bursts of speed – and big, acrobatic jumps.

But, just how high can your rabbit jump? As it turns out, that might be a very difficult thing to measure. Wild and domestic rabbits have very different jumping capabilities, and even different breeds of domestic rabbits are differently equipped for high jumping.

But in today’s article, we’ll be looking at scientists’ best estimates, as well as the current champion rabbit jumpers in the Guinness Book of World Records. By the end of the article, you’ll have learned all about how high rabbits can jump, including some information about the world of competitive rabbit jumping as well as the infamous “binky”.

Did you know that what’s called a “jackrabbit” is in fact, not a rabbit? It’s true – they’re more appropriately in a family known as hares and bear little genetic resemblance to domesticated rabbits. In the wild, they’ve been seen to jump nearly 20 feet, though this has yet to be officially recorded.

The jumping habits of domesticated rabbits, on the other hand, have been thoroughly observed and recorded. They’ve even become a competitive sport thanks to the efforts of organizations like the American Hopping Association for Rabbits and Cavies (AHARC), which we’ll cover in the next section.

The Guinness Book of World Records has listings for two impressive rabbit jumping skills: A world record for “highest rabbit jump” goes to Mimrelunds Tösen (The Lassie of Quivering Grove), a rabbit owned by Tine Hygom of Denmark. With a strict vertical jump, Mimrelunds was able to clear a massive 39.2-inches!

Another Denmark rabbit, Yabo, is responsible for the world record for “longest jump by a rabbit”: Handled by Maria Brunn Jensen, Yabo was able to prove an impressive jump of 3 meters, or 9 feet 9.6 inches. Impressive, indeed!

Known by a variety of names, from the Swedish “kaninhop” to rabbit agility or rabbit hopping, competitive rabbit jumping shares many similarities with horse show jumping – just on a much smaller scale. By training rabbits in speed, agility, and accuracy, handlers hope to help them navigate obstacle courses in the best possible time.

Beginning in Sweden in the early 1970s (source), rabbit hopping has steadily grown in popularity across Europe. Adopted in the United States in the early 2000s, it has continued to draw rabbit enthusiasts’ attention around the nation – even sometimes being included alongside rabbit breed shows.

While it was originally modeled after the tricky leaps and hurdles of horse show jumping, rabbit jumping competitions have now grown to include long jumping and high jumping events. With divisions broken up into weight classes, every breed of rabbit has a fair chance at competing well in their chosen events.

My Rabbit Did a Funny Little Hop. What is That About?

Have you ever had the privilege of seeing your pet rabbit hopping along, minding their own business, when suddenly – they leap into the air out of nowhere? Known as a “binky”, this adorable behavior only comes out when a rabbit feels completely safe, comfortable, and happy. Be on the lookout for this sure sign that you’re taking great care of your rabbit!

Incredible jumping abilities are just one of the many amazing adaptations that help rabbits to survive in the wild. When in the comfort and safety of your home, though, this same skill can easily be used for enjoyment and mischief!

Have you ever thought of training your pet rabbit? If so, we recommend checking out the sport of competitive rabbit jumping, or “kaninhop” as it’s called in Sweden. That way, your rabbit can get behavioral training while staying healthy and exercising. It’s a win-win!