How Intelligent Are Chickens? Here’s What Science Says 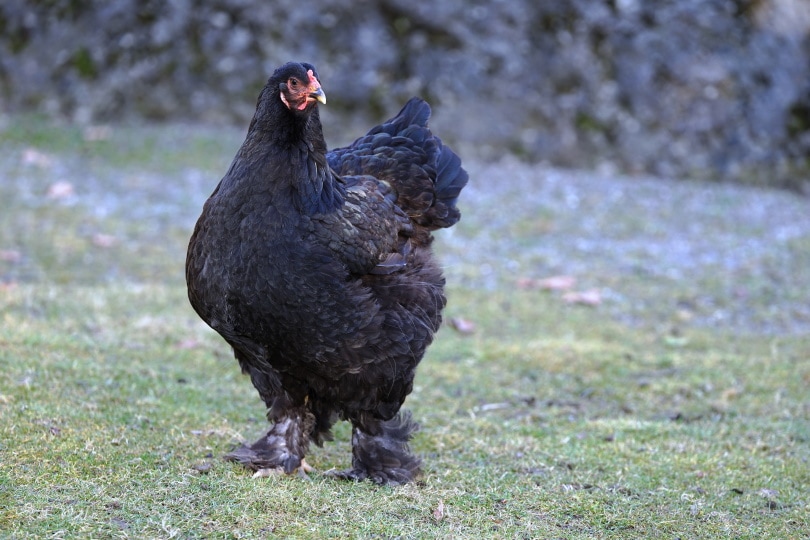 Chicken meat is a staple part of the American diet. Most people eat it without giving it much thought. However, it might surprise you to learn that chickens are quite intelligent, and some interesting scientific studies back it up. If you’d like to learn more about the food you eat, keep reading while we uncover several interesting facts about these essential birds.

How Intelligent Are Chickens?

Like humans, chickens have demonstrated the ability to recognize faces. Their small brains may not recognize hundreds of faces as we can, but studies suggest that they can recognize dozens, and they will also recognize different humans. While cats, dogs, and other animals also possess this ability, we feel it’s quite impressive for the tiny brain of a chicken.

Permanence is a metric that many scientists use as a benchmark for brainpower. It’s a simple test where you present an object, like a block, then remove it. A simple mind like a newborn baby will think the object has disappeared and is gone forever, whereas a more analytical mind will know that the block is behind your back. Chickens have shown the ability to understand that the object still exists after you take it away. Crows are another animal that tests high for permanence, while cats score very low. Dogs are somewhere in the middle.

Chickens have shown the ability to do simple math. Scientists use a simple test of hiding objects behind screens and moving them from one screen to the other in view of the chickens to see if they could keep track of the number of objects behind each screen and choose the one concealing the larger number of objects. They ran the test multiple times and found that chickens could determine which screen hid the most.

Like humans, cats, and dogs, chickens have complex personalities. They are capable of emotions that affect their personality and form strong friendships that can last a lifetime. Each chicken also has a unique role in a much larger hierarchy. Socially dominant chickens teach the others who learn through imitation.

The chicken has similar brain wiring to primates and humans, suggesting a higher intelligence. Scientists from London found that areas of the brain responsible for cognitive abilities are very similar in these animals.

Chickens have shown an aptitude for problem-solving, and they can change their routine when necessary. Chickens will often use tools, seek out help, or find an alternate route to solve a problem and they can be quite clever with their solutions, suggesting a much higher intelligence than many people might expect.

As you can see, there are several ways chickens have proven themselves as one of the higher intelligence animals that we use as food. While we are unlikely to stop eating chicken anytime soon, it’s important to stay vigilant about the proper treatment of these animals while they are still alive. They make excellent pets, and many species will provide you with plenty of great-tasting eggs for your breakfast.