How Intelligent Are Rats? Here’s What Science Has to Say 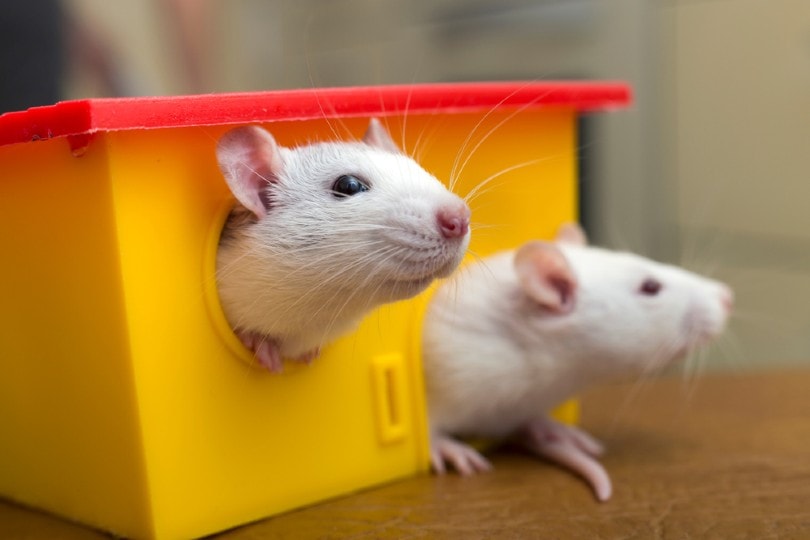 For years, rats have been the source of nightmares for many. Over time, however, people have adapted and found themselves making these small creatures members of their family. These aren’t the rats you think of dwelling in underground sewers and feasting on anything that moves. Oh no, pet rats are in a league all their own.

While rats are increasing in popularity as pets, the question of their intelligence is slowly coming to the forefront. Even people who avoid rats find themselves intrigued by the intelligence these tiny creatures possess. Below, we’ll discuss rats, their intelligence, and how it compares with other animals. You may find these rodents aren’t as bad as you thought they were, especially when you realize just how incredibly smart they truly can be.

While most people don’t realize it, rats are among the 10 smartest animal species on the planet. According to scientists, rats can make decisions based on the information and knowledge they have of the situation. This ability is called metacognition. While a rat’s brain is far smaller than ours, they are designed and function in similar ways.

You Can Train Rats

Pet rats can learn tricks just like dogs and other animals with high levels of intelligence. In truth, these little creatures love to learn. It allows them to show off for their owners and prove what they can do. By using treats and positive reinforcement, rats can be trained just like your pet dog. They will come when their name is called, jump through hoops, or even race through a maze for owners who exhibit kindness and affection to them.

Rats need the company of other rats. While these sociable animals love the company of their owners, the connection with their own kind is key to a happy, healthy rat. You may even realize they communicate with one another. While the frequency they use is too high for humans to hear, you’ll notice the communication when the rats veer toward one another and seemingly come together for no reason.

Rats also bond with their owners. The more a pet rat is with its caretaker, the more it wants to please them. Often, when shown affection, rats will return it. They will cuddle their owners and at times even groom them to show just how much they care. When your rat is content you may hear it bruxing. Bruxing is a grinding of the teeth to show the rat’s contentment. This is their form of purring.

If you’ve brought a pet rat into your home, be prepared to keep it occupied. Rats need stimulation to keep their minds from wandering. One of the best ways to do this is to provide them with a home that has lots of perches, tubes, toys, and various things to keep them engaged. This will make your rat happier while keeping it occupied enough to avoid the possibility of it escaping its cage.

In some studies, scientists have come to learn rats are concerned about the well-being of other rats. These tiny animals have shown that they will avoid receiving their treats during tests and instead, attempt to help another rat who is in trouble. They also understand when another rat is in pain. In hopes of providing aid, they will respond when they feel their family is in trouble.

As you can see, rats are easily one of the most intelligent species of animal on the planet. With their ability to make decisions, feel empathy, and learn new things it is understandable why so many animal lovers are turning toward them like beloved pets. If you’re considering bringing a rat into your home as a pet, go for it. You’ll spend quality time training and loving these little rodents. Just remember, once the bond is made, your cuddly rat is going to honor it, always.