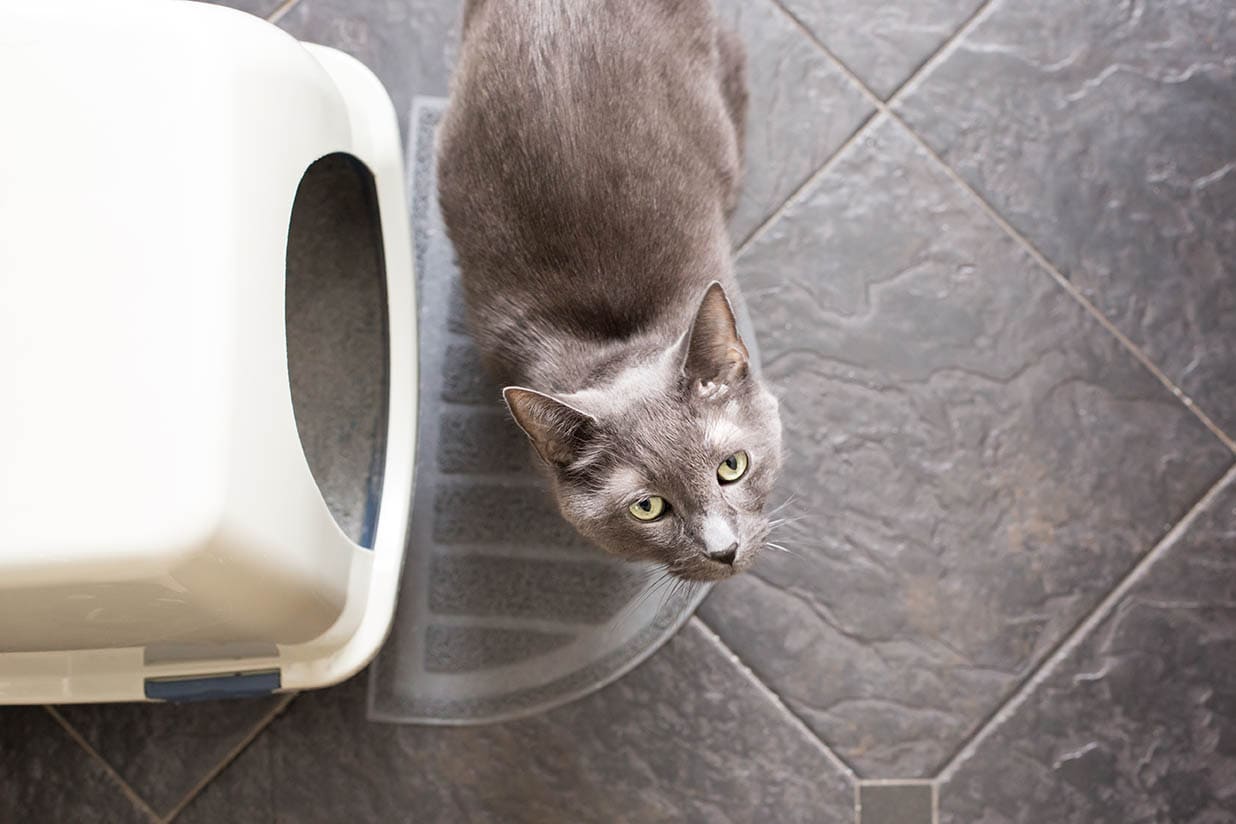 Mother cats help out with their young a lot when they’re just starting to learn the ropes of being a domesticated feline, and litter training is no exception. Think of humans and how so many little ones learn how to use the potty by seeing and being taught by their parents? It’s the same with many animals.

So, when you don’t have a mother cat’s help, how do you litter train a kitten? It’s nearly the same as when you bring a kitten home for the first time from a breeder. Cats take to litter training very well, but some do take longer than others. Let’s learn how.

When Are Kittens Ready for Litter Training?

When a kitten is born, it’s completely dependent on the mother to stimulate elimination. The mother will lick the genitals to induce urinating or defecating. As they age, their bodies start to perform these functions on their own.

So, if you’ve been raising an orphaned litter of kittens, you’re familiar with the process of stimulating them to potty. This process will continue for the first three weeks of their lives. It can be very time-consuming, too.

You must stimulate the kittens before and after bottle feeding. As kittens start to transition to partially solid foods around 3 weeks, you can also begin to litter train shortly after.

Kittens are usually ready for full litter box introductions around 4 weeks of age.

Raising Kittens Without a Mother

Raising a litter of orphaned kittens might be an ultra-challenging experience but also a very rewarding one. Kittens can wind up orphaned for many reasons, including the death of the mother during labor or some unexpected tragedy shortly following.

Since kittens are so dependent on their mother for food, protection, warmth, and elimination, it can be incredibly taxing to try to make up for what they’ve lost. Most of your time will be devoted solely to the kittens, so you might need to alternate responsibilities with other people.

When Can Kittens Live Without Their Mother?

While it is challenging to wean a litter of kittens at the moment of birth, it is possible. Typically only very experienced cat owners or professionals—or make it a household project where multiple people help out.

With mothers, kittens aren’t supposed to leave them until roughly 8 weeks of age. Kittens fully wean between 6-8 weeks.

Without mothers, the process will be the same. They need to be bottle-fed and taught the ropes by the hands of their foster parents instead.

Supplies You Need to Get Started

Here are some things you want to pick up before you start the litter training process.

How to Litter Train a Kitten Without a Mother

Here’s how to start litter training a kitten without their mother present—beginning at 4 weeks of age.

Because the kitten will start this process so early, you want to restrict their space initially. Once you have them set up with a cozy room in a controlled area, it’s time to get down to business.

2. Continually Place the Kitten in the Litter Box

When you’re introducing the kitten, you want to show them the litter box frequently. Any time you see them looking as if they’re searching, or you know they just ate or woke up—it’s time to place them in the box.

3. Use the Kitten’s Paw to Dig

Since cats have a natural impulse to cover their waste, you can show the kitten how to dig. Gently take their paw and dig it into the litter, mimicking their covering behavior. They usually watch moms do this, but you’re their human substitute since it isn’t possible.

4. Allow the Kitten to Get Used to the Box

Let the kitten get acclimated with the box on their own terms, too. They can climb in and out, sniff around, and feel the textures.

5. Leave Waste in the Litter Box with Each Cleaning

After every scooping, make sure to leave a little waste in the litter box. The kitten can smell their pee or poop, helping them associate their bathroom needs with this area.

Once you feel like your kitten has the concept down, you can slowly allow them access to more and more of the home. If they are in a kennel, let them roam the room. After they master that, let them into other areas of your choice until everything is fair game.

7. Keep Reminding the Kitten After Meals or Naps

The more freedom your kitten has, you might have to keep reminding them to go to the bathroom. Any time they wake up from an awesome nap, or they just finish their bowl of kibble—show them the litter box again as a friendly reminder.

8. Use More Than One Litter Box

After they fully grasp the concept of the litter box, offer more than one. Even though your kitty may understand the idea of going to the potty in the pan, they might lose track of where it is—especially if you have a large home.

Even though your kitty is growing up without a mama, litter training doesn’t have to be taxing. Kittens pick up on potty training with so much ease, it should be quite a seamless process. Remember to have patience and understand that every kitten learns at their own pace.

By six to eight weeks, your kitten should master this concept. Soon, you will have a completely litter-trained ball of fluff, and you can start to develop your relationship with playtime rather than potty time.