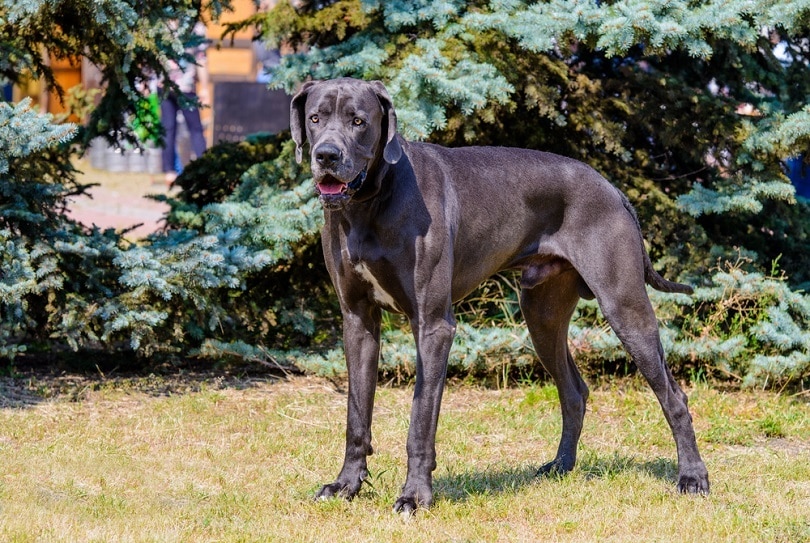 The Irish Dane is a giant mixed breed also called the Great Wolfhound. He has a life span of 7 to 10 years and is the result of a mix between the Great Dane and the Irish Wolfhound. He is a gentle and affectionate dog, and if you have the room for him and the ability to give him the activity he needs he will make a great addition to the family. He has talents in tracking and watchdog.

Where does the Irish Dane come from?

As a hybrid dog the Irish Dane can have any combination of traits and appearances from either parent, the Irish Wolfhound and Great Dane. Hybrids have had a recent surge of popularity in the last twenty years or so, also known as designer dogs. It has caused a huge variation in prices for such dogs and many puppy mills and disreputable breeders are taking advantage of this trend. Therefore be careful from whom you buy. Unlike many designer dogs the Irish Dane actually does have more of a history to them as they were first bred in the 1800s during an attempt to save the Irish Wolfhound.

The Great Dane is an old dog, drawings on artifacts of its ancestor can be found back as far as 3000BC! It is believed the breed’s origins are from the Assyrians who traded with the Greeks and Romans who then bred these dogs with their own Mastiffs. They were first called Boar Hounds because they were used to hunt boar. In the 1500s this changed to English Dogges. In the 1700s a visiting Frenchman in Denmark saw the Danish version of the breed and referred to them as Grand Danois. While Denmark had nothing to do with this dog’s breeding the name in some places has stuck. It was German breeders in fact who refined the Great Dane from something ferocious and aggressive to something more gentle like the breed we see now.

Today the Great Dane is a sweet, affectionate and gentle dog. He loves to play, is great with children and is very eager to please making him an easy breed to train. He loves being with the family and loves people in general. He will greet strangers in a friendly way but if he does think there is a threat to you or the family he will defend you. They love to cuddle and will do a very heavy imitation of a lap dog if you let them!

The Irish Wolfhound has been a popular dog throughout history and can be found back as far as the first century. He was used to hunt elk, boar and other large game and in battle and was first called Cu, which is thought to mean war dog, wold dog or hound in Gaelic. There are many references to him in Irish literature over the years. In war time he would be fighting alongside people, pulling men from chariots and horseback. He was also used to guard livestock and homes and was valued for his courage and ferocity. Only nobles and kings were allowed to own them and there were limits set on how many you could own depending on your standing. He was often gifted from one ruler to another. At one point though its numbers dwindled drastically and may have disappeared if not for a Major Richardson in the mid 1800s and a Captain Graham showing an interest in this breed. Both revived the breed using Glengarry Deerhounds, Irish Danes and Tibetan Mastiffs.

Today the Irish Wolfhound is intelligent, gentle and forms very strong bonds with his people always wanting to be with them. He is sensitive and needs positive methods of training. When with his family he is calm and responsive. He is not aggressive but is alert. He does not make a good guard dog. Despite his size he has low energy levels but still needs some daily exercise as well as access to a yard. He is not a long lived dog sadly living only 6 to 8 years.

The Irish Dane is a gentle and affectionate dog, alert and intelligent too. He is very loyal and loving to his owner but can also have a playful side. He is eager to please and is friendly to everyone. He is trustworthy and reliable too. He is patient so that makes him good with children.

He is a giant mixed breed weighing 100 to 150 pounds and he stands 32 to 38 inches tall. He has a head that is rectangular shaped, ears that flap down and eyes that are deep, medium sized and almond shaped. His fur is straight, short to medium in length and harsh. Common colors are black, white, brown, gray, golden, brindle, blue, red, white, cream, Merle, speckled, spotted and salt and pepper.

How active does the Irish Dane need to be?

He needs to be kept very active to stay happy and healthy so will need owners committed to outdoor daily activities. He also needs access to a medium to large yard to play in. He loves to jump and can jump very high and he also loves to spin around. He has a lot of energy so will need a couple of long walks a day, could join you on a jog, hiking, go to a dog park and play some games.

He should be easy to train as he is eager to please and listens to commands and is inclined to obey. In general the Irish Dane will need fewer repetitions than many other dogs so will train quicker. Because of his size it is important to train him in good behavior from a young age when on the leash, as he will be super powerful when he is an adult and you do not want him pulling at you then. Also teach him not to jump up at people. Establish yourself as pack leader and use positive but firm methods of training. Early socialization and training are very important to get a well rounded dog.

Living with an Irish Dane

The Irish Dane is a low shedding dog and grooming him is quite easy to do. If he has a coat more like the Irish Wolfhound you may need to have it clipped occasionally. Bathe him as he needs it, it is a good idea to train him for this from a young age, as when he is full sized you will not be lifting him in and out of the bath. You could also opt to use the hose in the yard or use a bathing station at a groomers. Make sure you use a dog shampoo. Once a week you need to check his ears and wipe them clean. His teeth should be brushed at least three times a week. His nails may need clipping if he does not naturally keep them worn down.

He is good with children as he has a gentle nature. His size does mean he may knock over small children without meaning too so they may need to be watched. Children should also be taught how to play with him and that things like pulling ears, trying to ride him and messing with his food are not things that are acceptable to do. Irish Danes are also good with other pets if they have been socialized though they can see smaller animals as prey to chase.

He does not bark often but will bark to alert you if an intruder is breaking in. He will need 41/2 to 6 cups of high quality dry dog food at least. He does best in moderate climates but does not do well in extreme heat or cold.

The best way to ensure you have a healthy dog is to buy from a good breeder and ask to see health clearances for both parents. While there is some argument to hybrid vigor there is a chance in any dog of inheriting the conditions their parents are prone to. In the Irish Dane’s case these conditions to be aware of include Development Issues, cancer , bloat, heart problems, surgical issues, Anesthesia Sensitivity, liver problems, Fibrocartilaginous Embolic Myelopathy, OCD, eye problems and joint dysplasia.

This is not an easy to find dog and prices can range greatly from $300 to $1500. You will need to have some basic supplies for him like a crate, a collar and leash, a food bowl. You will also need to have some initial medical tests done on his blood, have him neutered, micro chipped, up to date with shots and dewormed. These costs will be around $450 to $500. Yearly medical costs for check ups, vaccinations, flea prevention and pet insurance will be $485 to $600. Yearly non medical costs for food, toys, license, training and treats will be $510 to $600.

Looking for a Irish Dane Puppy Name? Let select one from our list!

The Irish Dane is a lovely dog, he will be a great member of any family as long as you have space for him in and outside the house, and as long as you can give him the exercise and stimulation he needs each day. 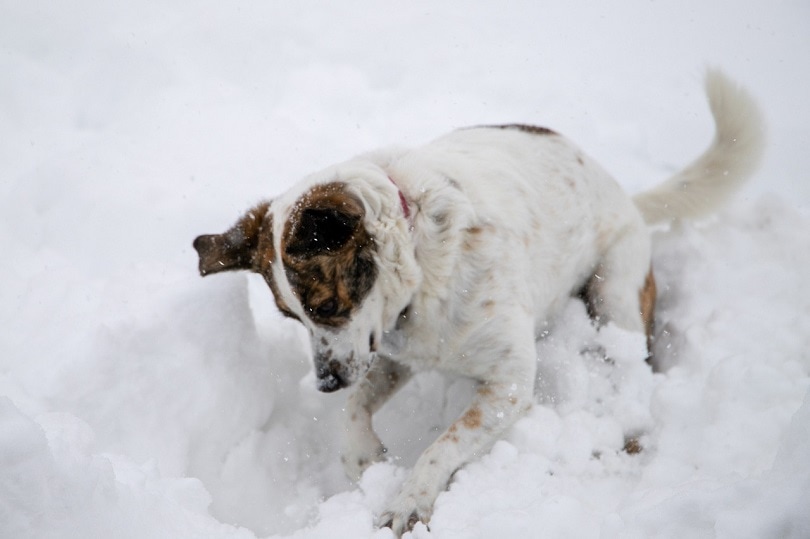