Is Xanthan Gum Bad for Dogs? What You Need To Know! 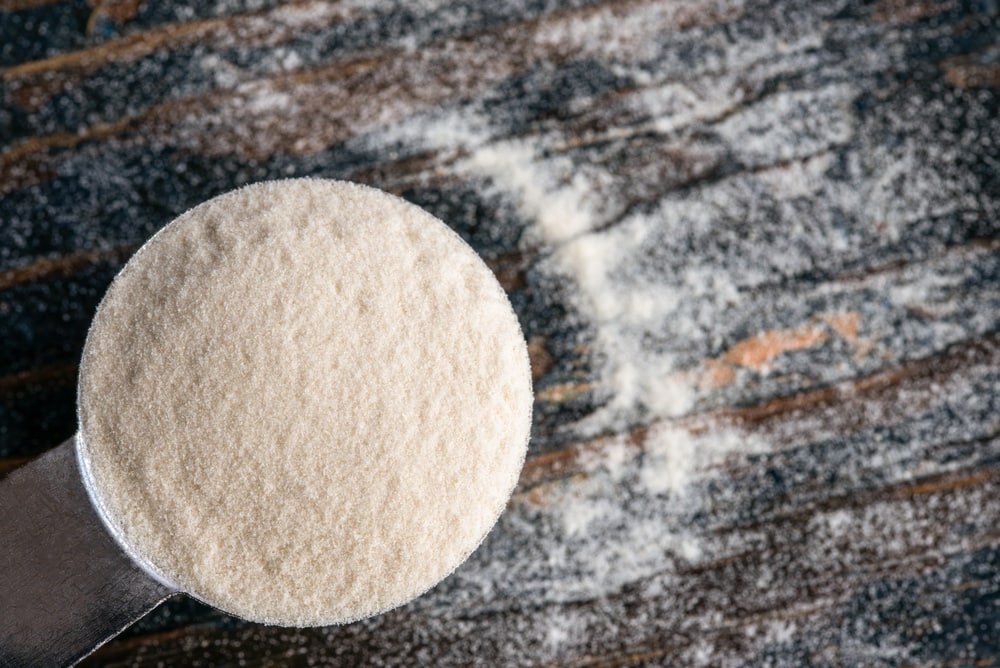 Anyone who cares enough about what their dog eats has probably spent time poring over ingredient labels and has seen xanthan gum included in quite a few foods. That doesn’t mean that they know what xanthan gum is or what it does, though.

Given how complicated some food labels can be and how much debate there can be over the healthiness of certain ingredients, it’s not surprising that many people have no idea if xanthan gum is good for their dogs or not.

Today, we’re going to settle this debate once and for all, so you never have to wonder about this particular ingredient ever again.

What Is Xanthan Gum and What Does It Do? 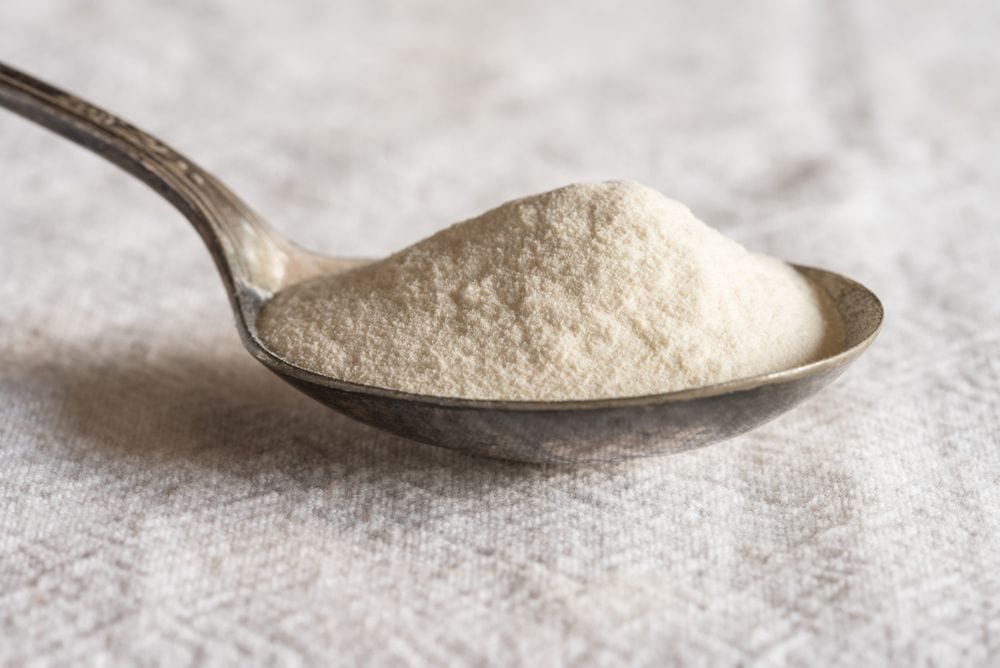 Image Credit: Michelle Lee PhotographyXanthan gum is made when a bacteria called Xanthomonas campestris is fermented, creating a sticky, gummy-like substance. That substance is then pasteurized, killing off the bacteria inside.

After the pasteurization process is complete, the resulting compound is filtered and dried, creating a white powder that is easily mixed inside a variety of foods.

Xanthan gum is put in dog foods to thicken and stabilize them. It’s mostly found in canned foods, as it keeps the ingredients inside the food from separating and keeps everything thick and moist.

It’s just an additive, rather than an integral ingredient in dog foods. It doesn’t really offer much in the way of nutritional value, and it’s primarily used to make the food look attractive and palatable.

It’s worth noting that this effect is primarily for the owners. The dog doesn’t care how the food looks — they rely on the scent and taste to determine if it’s worth eating. However, if an owner thinks that the dog food looks gross or unhealthy, they’re unlikely to buy it again, no matter how quickly their pooch wolfs it down.

Why Is Xanthan Gum Controversial?

There have been a few slight controversies surrounding the use of xanthan gum in dog food in recent years, but nothing major. Many of them are likely a case of mistaken identity, in fact.

The biggest objection comes from proponents of natural diets. Xanthan gum is an additive, and many people believe that you should never serve your dog additives of any kind, as they’re not part of the animal’s natural diet.

The other big issue came from people who confuse xanthan gum with xylitol. Xylitol is an artificial sweetener used to replace sugar in “diet” products, and it’s extremely toxic to dogs. It can be lethal even in small amounts, as it leads to hypoglycemia and liver failure.

Xanthan gum is not xylitol, and it has almost nothing in common with it beyond starting with the letter “x.”

Is Xanthan Gum Safe for Dogs?

As best we can tell, xanthan gum is safe for dogs. There haven’t been any wide-scale studies performed on its safety, but given how prevalent it is in dog foods, we’d likely know by now if it was causing serious problems.

It can cause an upset stomach in massive doses, but it’s almost impossible to feed your dog enough to get to that point. You’d have to feed them so much food that the food itself would likely do more damage than the xanthan gum itself.

It’s also worth noting that we only know about xanthan gum’s safety when it’s used as an additive in processed dog food. It might not be as safe if your dog eats pure xanthan gum. Fortunately, it doesn’t have a pleasant taste, so it’s extremely unlikely that your pooch would suddenly decide to down an entire bag of the stuff.

Should You Feed Your Dog a Food With Xanthan Gum in It?

If you’ve been serving your pup food that has xanthan gum listed on the label, there’s no reason to panic. It almost certainly won’t have an adverse effect on their health.

That said, it’s probably not doing much for them either, so if you feel like cutting it out of their diet, feel free. It’s purely a matter of preference.

Regardless, this isn’t an issue that’s worth losing sleepover. Your dog won’t miss it if it’s gone, but they won’t react poorly to its inclusion in their chow.

Of course, either way, your dog will likely try to convince you that your choices have led to them starving to death and that they need just one more bowl of food!