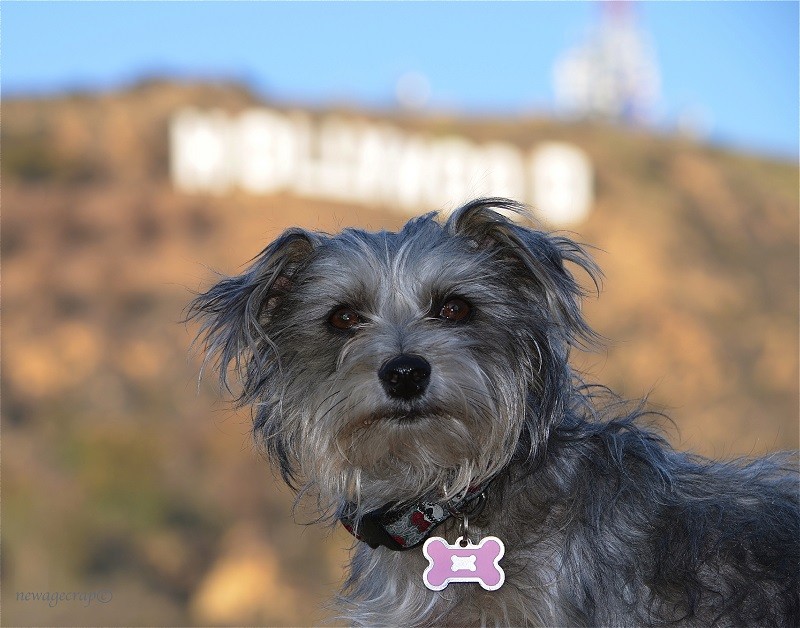 The Jack A Poo is also called a Jack-A-Doodle, Jackadoodle, Jackpoo, Jackdoodle, Jackapoo and Poojack. He is created when the Jack Russell Terrier and Poodle are bred together, usually the toy or miniature Poodle. He lives for 12 to 15 years and is a small to medium sized dog who often takes part in agility shows. He is a very curious and lively dog.

Where does the Jack A Poo come from?

Being a hybrid dog the Jack A Poo is part of a huge trend in mixed breed dogs that has happened in the last two decades. From your neighbors to the hottest celebs, everyone has a designer dog these days. This has led to a lot of dogs being bred by disreputable people though, so if your heart is set on a Jack A Poo or any other designer dog make sure you really do your research before you buy. As well as the issue of bad breeding there is the fact that most of these dogs have very little known about then concerning who bred them first and why. There is not any history to them so in order to understand him we have to look to the parent breeds.

In the mid 1800s the Jack Russell Terrier was bred by a Parson John Russell who was working in developing a terrier who could hunt alongside hounds and help get foxes to bolt from their dens, so that then the hounds and hunters could chase it down. This dog became very popular amongst horseback fox hunters and then in the US too by the 1930s. There was some argument over whether he should be more a show dog or a working dog in the US though leading to several clubs forming.

Today he is a very spirited, energetic and full of life dog with a big personality. He is very entertaining, affectionate and loyal to his owners. He likes to chase things still so smaller animals should beware! He is smart and friendly but his independent side can mean training can be difficult. He does not really get on with other dogs either. He tends to be overly bold which can get him into trouble sometimes. He tends to be a barker so is not best in apartments. He loves to jump around and will probably jump on people and furniture a lot.

This is a very old breed who was first developed in Germany to help in hunting for waterfowl. When the breed arrived in France they then refined him into the Poodle we would recognize today. There are a couple of opinions about the three different sizes there are. Some think that these were around for almost as long as the original, others think they are part of the result of the French breeding in the 1400s. Those sizes are still around today, the smallest is the toy, the miniature is next and the largest and original is the Standard. In France, the Standard retained his purpose of hunting waterfowl, the miniature sniffed out truffles and the toy was used as companions. In fact the toy was sometimes called a sleeve dog as the wealthy would carry them around in their sleeves. Traveling shows and circuses also adopted Poodles as they were smart and trained well and they could sculpt their coats into styles that would draw attention. The rich saw this and copied it and still today you see some interesting sculpting and colors going on!

The Poodle is still one of the smartest dogs around and as he is eager to please is also easy to train. His coat and his wariness of strangers has him stereotyped often as a snooty dog but in fact he is not at all once he has warmed up to you. He is affectionate, playful, loyal and can be quite the entertainer. He likes to be around his family but can be high energy and sometimes a little highly strung.

The Jack A Poo is an intelligent dog too like his parents. As with any hybrid he can lean more towards the terrier or Poodle in temperament or have a more even mix, this is not something that can be fully predicted. He tends to be a mix of liking to be outside having long walks and lots of activity and then relaxing on your lap or the couch at home. He is a good family pet and is affectionate. He is quite a lively dog and tends to have a lot of curiosity about everything around him. He can have a stubborn side so needs a firm pack leader when it comes to training. Some Jack A Poos have a chewing issues when they are between the age of 6 months to a year. He is alert, gentle, lively and playful and while he gets on okay with children he is not at his best with other pets.

He is a small to medium sized dog weighing 13 to 25 pounds and standing 10 to 15 inches tall. He has a flat head, medium ears that flap down and a coat that can be coarse or smooth, wavy to curly and short. Coat colors tend to be one or a mix of black, tan, white, blue, chocolate, brown, cream, golden, silver and gray.

How active does the Jack A Poo need to be?

He tends to have a lot of energy so even though he is small getting enough outside time and play time is still very important for him. It will ensure he not only remains physically healthy but also should give him the mental stimulation he needs and prevent behavioral problems that can occur when a dog becomes bored. Some will lean more towards the Poodle though in which case that energy level will drop a little. Make sure he gets a couple of walks a day, some time at a dog park, play in a medium sized yard if he has access. He can adapt to apartment living as long as he is given other opportunities to to exercise and play.

He is smart, he is great at learning and performing tricks and when he leans towards the Poodle he is eager to learn too. However when more like the terrier he does have a stubborn side so will need very form handling, consistency when training and positive methods. Early socialization and training is important, it will help him get on better with other animals and dogs, as sometimes they can be a problem.

Living with a Jack A Poo

This is a low shedding mixed breed and he is not very hard to groom. He should be brushed about twice a week but he will need clipping now and then at a professional groomers. While there you could also have them clip his nails if they are too long, as some people prefer not to do this task because dogs have live nerves and vessels in their toe nails so you can only cut so far down. Besides that he should be given a bath just when he really needs one, bathing too often can lead to dry skin. Also check his ears once a week for infection and wipe then clean, and brush his teeth at least two to three times a week.

The key to having any dog at his best around other pets, children and dogs and indeed in different situations is early socialization and training. When the Jack A Poo has received that he is good with children and loves to play and is affectionate with them. He gets on okay with other animals too, but without that socialization he is less likely to be as good with other dogs or pets.

The Jack A Poo is an occasional barker, something to keep in mind if you are looking for an apartment dog and have fussy neighbors. He will need to eat ¾ to 1 1/2 cups of high quality dry dog food split into at least two meals a day. He can handle most climates.

While in general he is a healthy dog there are always risks. Buying from somewhere disreputable will increase your odds on a sick puppy or health problems later on. There is always the chance a dog could inherit the issues their parents have. In the case of this dog these health concerns include Addison’s Disease, bloat, Cushings, epilepsy, hypothyroidism, eye problems, patellar luxation, Von Willebrand’s, deafness Joint dysplasia and skin problems.

Costs involved in owning an Jack A Poo

When you buy a puppy you have to be ready for the costs involved in being a new pet owner. The puppy itself will cost between $250 to $800 and he will need deworming, blood tests, micro chipping, vaccinations and neutering. He will also need a crate, carrier bag, collar and leash and a few miscellaneous items like a food bowl. These initial costs fall between $455 to $550. Then there are ongoing annual costs you will need to be able to afford for things like food, treats, toys, license, training and medical things like shots, flea prevention, health checks and pet insurance. These come to $910 to $1110.

Looking for a Jack A Poo Puppy Name? Let select one from our list!

The Jack A Poo is a lovely dog, bright, full of life and inquisitive about the world. He will make a great family pet but will need more exercise than some other small dogs. He may also need some patience when it comes to training!