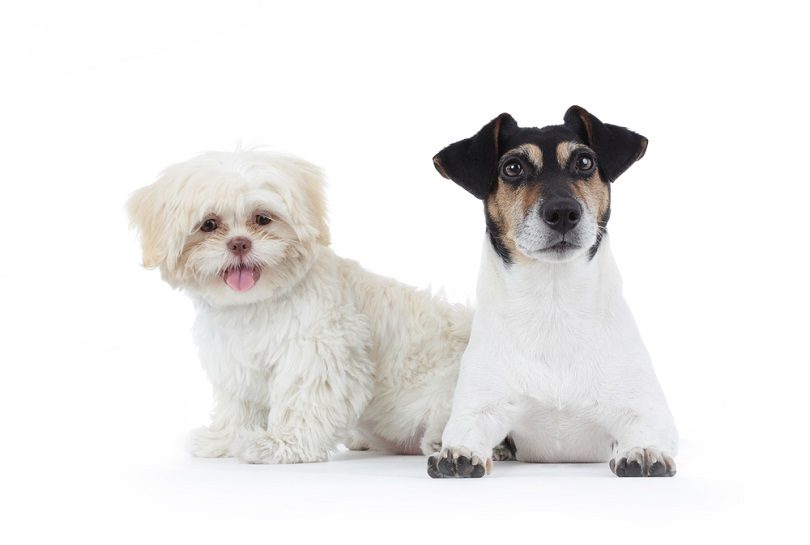 The Jack Tzu is deliberately bred mixed dog whose parents are the Shih Tzu and the Jack Russell Terrier. He has talents in tricks, watchdog and obedience and a life span expected to be between 12 to 15 years. He is a small cross breed but is very lively and active and friendly too.

Where does the Jack Tzu come from?

The Jack Tzu is also known as a designer dog. Designer dogs are commonly though not always two purebreds crossed to create an offspring. That is then given a name that blends theirs together. Over the last 3 decades or so there has been a huge increase in popularity for these crosses. Celebrities have them, the public has them, you even see them on TV and in films. If the Jack Tzu is the dog for you make sure you research the breeders before you buy. There are a worrying large amount of puppy mills and bad breeders taking advantage of this trend to make money. They have no love for their animals, and are combining breeds without any thought or care.

Another thing a lot of these dogs have is a lack of details about their origins. Therefore to get a better idea about this dog we can look at the parent origins and temperaments but still remembering that genetics cannot be controlled in this kind of breeding. Anything can happen and even in the same litter there can be different personalities and looks.

It was Parson Russell who developed the Jack Russell Terrier in England in the mid 19th century. He was looking to create a dog who could hunt fox working with hounds. He was a popular option with horseback hunters. By the 1930s he had come to the US.

He is a spirited and energetic dog, enthusiastic about life and loving and loyal with his owner. He can be highly entertaining and loves to chase and is quick too. Though he is smart he is also willful so training can be hard. Sometimes he is not great with other dogs and he likes to chase smaller pets as prey so early socialization is very important. Training should be kept short and interesting.

The Shih-Tzu is thought to be in the top 14 oldest breeds around, coming from either Tibet or China. They were treasured as companion dogs and can be found in paintings and documents across Tibetan and Chinese history. They were referred to as little lion dogs and were docile, intelligent and happy. The first breeding pair to leave China and come to England happened in 1928.In 1969 he was recognized as a breed by the American Kennel Club.

The Shih-Tzu today is still very much a companion dog. He wants to please and be with you, he is very affectionate and loves to receive it too. He will spend as much time as he can in your lap and is a happy little dog when he has lots of attention. He can be lively and likes to play and is friendly too.

The Jack Tzu is a smart dog who while loves to play and can be lively is also laid back and happy. He is loyal to his owners and affectionate. He is a friendly dog but he loves to lick and dig! He does have a stubborn side and he can get up to some crazy antics. He is not overly yappy like some small dogs and enjoys lap time with you. He is very loveable, he is alert and adores being the center of attention. He is likely to follow you around the house and with his independent side can come a certain arrogance which means he does need watching around larger dogs who is may try to challenge.

The Jack Tzu is a small dog weighing 14 to 23 pounds and standing 10 to 11 inches tall. He has longer legs like the Jack Russell with a longer face and muzzle too. Usually he is smaller than a Jack Russell though but with a strong body. His ears tend to flap over and he can come with a beard and mustache. His neck is thick and his tail curls and is medium length. His coat can be like either parent, long soft and silky or short to medium and a mix of rough and smooth. Colors common to him are black, brown, white, golden, cream and light brown.

How active does the Jack Tzu need to be?

This dog loves to play, he will chase and fetch a ball for ages, he is agile and loves to walk and to run. Take him to a fenced in area so he can enjoy time off leash, he has a lot of stamina and can last quite a while burning off some energy. He can adapt to living in an apartment in terms of size but he is very active and it would be great if possible for him to have access to a yard to play in. As well as meeting his physical needs to ensure he is better behaved and remain healthy, he should also be given some mental challenge too.

While his is a smart dog so it is not a case of he cannot learn, he is very stubborn sometimes and that can slow things down. Early training and socialization should not be skipped though for any dog, he will be a lot better and confident for it. Make sure that you are clear about being the boss, and that goes for other people in the house or he will try to boss you or others. Be patient, positive and firm. Reward him with treats, praise and encourage him.

Living with a Jack Tzu

He is a dog who can shed anything from a moderate to frequent amount so there will be some cleaning up to do after him. Brush him daily to keep up with the loose hair and get rid of any debris stuck in there. Longer haired Jack Tzu may be prone to tangles if their coat is not looked after properly and he should be taken to a groomer for a trim on a regular basis. The shorter to medium coated dogs are easier to groom. His nails should be clipped when they are too long being careful not to cut through the quick. His ears should checked for infection and wiped clean once a week. His teeth should be brushed two to three times a week.

In general he gets on well with children and other dogs but needs some help and early socialization especially with other pets. Otherwise he tends to chase them as if they were his prey. He is good with children of all ages too though they should always be taught how to touch and play with dogs so that they do not hurt them.

The Jack Tzu loves to eat so make sure food is not available all day as he will overeat. He should be fine with ¾ to 1 1/5 cups of dry dog food each day, split into two meals. He does not bark much usually but if he is around other dogs who bark a lot he will pick it up from them. He is alert and should be a good watchdog.

The parental health issues that a Jack Tzu could inherit include Patellar luxation, kidney and bladder problems, eye problems, Umbilical hernia, liver problems, Legg-Calve-Perthes, deafness, Allergies, hip dysplasia, ear infections, dental problems, snuffles and reverse sneezing. To try to avoid higher risks of your dog having one or more of these issues before you buy ask to see health clearances for the parents and visit the puppy at the breeders to assess the conditions he was kept in.

A Jack Tzu puppy could cost between $300 to $750. Other costs to be ready for come between $455 to $500 and that will cover blood tests, deworming, shots, chipping, neutering, crate, carrier, collar and leash. Yearly medical costs for basic needs like shots, check ups, pet insurance and flea prevention come to between $460 to $560. Other yearly costs that are not medical like food, toys, treats, license, training and grooming come to between $355 to $700.

Looking for a Jack Tzu Puppy Name? Let select one from our list!

This dog is great for people who are fans of the Jack Russell but want a dog a little less full on than the purebred version. He will need a family or owner who can give him plenty of exercise each day and be prepared for the slight challenge of the training.