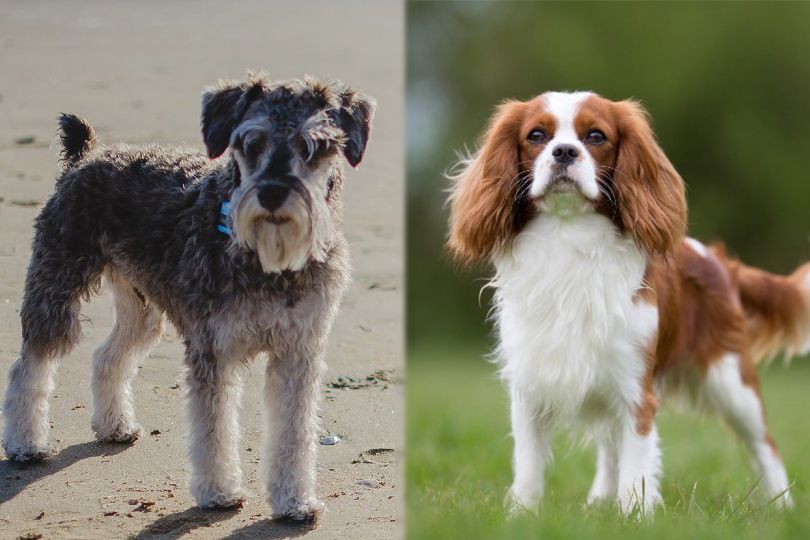 The King Schnauzer is a mixed dog of the Miniature Schnauzer and the Cavalier King Charles Spaniel. She is also known as the Miniature King Schnauzer. She is a talented small cross taking part in activities that include guarding, jogging, watchdog, agility, competitive obedience, hunting, obedience and tricks. She has a life span of 12 to 15 years and is a very bright and curious little dog.

Where does the King Schnauzer come from?

The King Schnauzer is a recently bred dog most likely from the USA as most designer dogs are, though in fact it is unclear where her origins are and whether anything prompted the breeding. Designer dogs is a term being used now for the may different mixed or crossed breeds that have been bred intentionally by breeders. Some might argue about whether the term should be used to describe the same dog that has happened accidentally. First generation dogs these are mixes that should have intent and skill behind them still. However finding good breeders of designer dogs is not always easy. Be careful of puppy mills and bad breeders. You do not know what kind of knowledge, skill or care they take over their animals welfare. Predicting exactly what a King Schnauzer is going to be like is not possible with this kind of breeding as genes could mix any way. We can though take a look at the parents for a better understanding of their ancestors.

This dog is under a century old in the form he comes in now though he ancestors can be found back to the 1600s. He was a companion to the noble and royal. Mary Queen of Scots had one with her when she was beheaded, King Charles I and II loves them and gave their name to them. In the mid 1800s English breeders started to refine the breed but in America in the 1920s a breeder spent 5 years looking for spaniels that resembled the ones found in paintings from those days. This led to two breeds eventually emerging, the Cavalier King Charles Spaniel and the King Charles Spaniel (also known in America as the English Toy Spaniel).

Today this is a sturdy dog, friendly and very social. He can be quiet all the way up to rowdy and some bark more than others. Some are good watchdogs and some are not.

There are differences from that one and the one we have today. Then they came in several colors but today are silver and black. He is a very social dog always wanting to be part of family activities. He likes to be close to you and will arrange himself so he is touching you when sitting. He is a feisty, needy dog who is intelligent and easy to train. He can be willful and will try to manipulate you.

The King Schnauzer is an alert and good natured dog with a lot of energy and a very cheerful personality. She is bright, can be strong willed and is curious about everything. She is a great companion and lap dog as she does love to snuggle but she gets on well with everyone so could be a great family dog too. She prefers to be around people and have companionship. When it comes to being left alone it really depends on which parent she is more like, spaniels do not like being left alone and the Miniature Schnauzer does not mind it. She is very lovable and loves to have fun.

This is a small dog weighing 12 to 20 pounds and standing 12 to 14 inches tall. Her ears are flappy and she has straight legs that are strong and a body that is well proportioned. Her coat is double with a thick inner and a long, harsh, rough outer coat. Common colors are brown, grey, white, black and salt and pepper.

How active does the King Schnauzer need to be?

She is of a good size to be able to adapt to apartment living and some of her activity will be indoor play with her toys and you. She still needs daily outside time too though, a couple of walks a day of moderate length as she does have a lot of energy. She does not need a yard but it does give her an extra place to explore and play in. She should also be given time off leash somewhere secure. A dog park is a great option as it is also a place she can socialize. She loves to jog with you and she likes to play fetch.

The King Schnauzer is generally easy to train. Some have inherited more stubborn temperaments that might slow it down a little but mostly they train quickly and love to please. As well as listening and wanting to obey she should need less repetition. Make sure she is also socialized as well as trained. A lot of owners take care of basic training and house training but neglect the socialization which really is an important part of dog ownership. Stay firm so that she known you are the leader but be positive, use treats and praise to encourage her and keep her focused. Be patient and be consistent.

Living with a King Schnauzer

There is a moderate amount of grooming to undertake with the King Schnauzer. It should be brushed at least every other day to keep the coat clean and remove debris and loose hair. Use a short bristled brush, she sheds a moderate amount so there may still be some hair around the home and on clothing. Bathing will of course keep her clean but doing it too much is not a good idea as it has a negative impact on her skin and natural oils. Always just use a dog shampoo.

She will also need some other routine care of her teeth, nails and ears. Dogs are prone to ear infection especially ones like this with ears that hang over. Give them a wipe using a cleanser once a week and check for sings of infection like redness, swelling or fluids. Her nails need clipping too and care should be taken not to cut too low down. If you are not aware of what a dog nail is like have a professional groomer do it for you. Teeth should be brushed at least two to three times a week using a dog toothbrush and toothpaste.

The King Schnauzer is great with children, she is very affectionate towards them and loves the playmates they make and their energy. Smaller children need supervision just because they need to learn how to take care with touching and playing with an animal. Early socialization is important to ensure she is at her best with everyone she might come into contact with. Usually she is also great with other dogs though she tends to gravitate to playing with larger ones rather than ones her size. She does have a hunting instinct and that means she may try to chase smaller animals.

She is usually alert so this makes her a good watchdog, her barking is rare apart from when she is letting you know a stranger is approaching. She should be fed ¾ to 1 1/2 cups of a good quality dry dog food each day but that amount should not be fed in one meal. Give her at least two meals a day.

There are health issues she can inherit from each parent. They include Heart problems, SM, Episodic Falling, Patellar Luxation, Eye Problems, Urinary Stones, Myotonia Congenita, Von Willebrands, Congenital Megaesophagus and Hip dysplasia. Using good breeders who are trustworthy and knowledgeable is a very good way to have better chances at a healthy dog. Also visiting the puppy is a good idea and ask the breeder to show you parental health clearances.

A King Schnauzer puppy will cost somewhere between $350 to $600. There are other initial costs too along with just the cost of the puppy. It will need certain basic supplies like a crate, carrier, collar and leash etc which will cost about $200. She will also need some medical care straight off. Some breeders may have taken care of some of it and reflected that in the puppy’s price but some may not. It should be dewormed, have its first shots, have a check up, have blood tests taken, be spayed and micro chipped. This will cost another $300 or so. There are of course on going costs too when you are a dog owner. Medical annual costs like pet insurance, check ups, vaccinations, tick and flea prevention are going to come to between $460 and $560. Non-medical basics like professional grooming, license, training, treats, toys and food come to $680 to $780.

Looking for a King Schnauzer Puppy Name? Let select one from our list!

The King Schnauzer brings a lot of joy to any home she is in. She is a very inquisitive and bright dog and is likely to get into all sorts of things she should not as she explores her surroundings. She gets on well with everyone so would be just as happy in a home with a single owner or a family, young or older. She is active but her size should make that manageable. 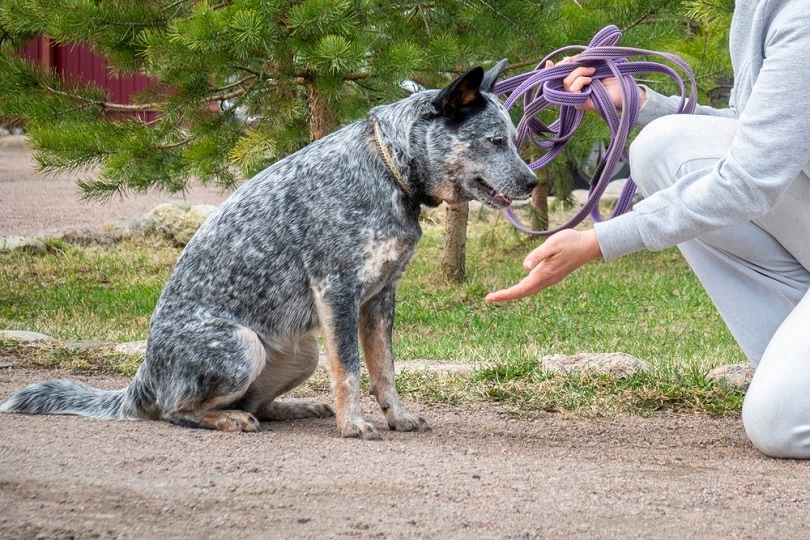