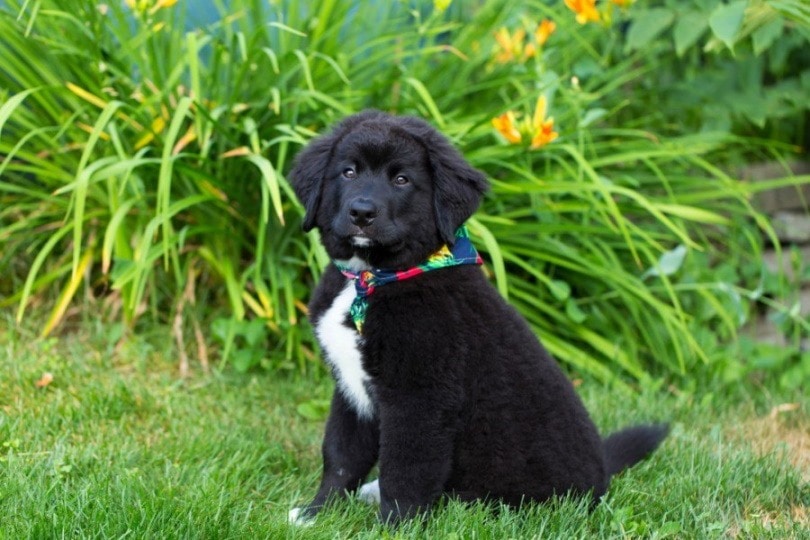 The Labernese is a large to giant sized mixed breed being the offspring of the Bernese Mountain Dog and the Labrador Retriever. He is sometimes referred to as the Labrador Bernese Mix and has a life expectancy of 7 to 12 years. He has talents in jogging, weight pulling, tricks, obedience, watchdog and retrieving. He is a mild and gentle dog who is also very affectionate and expressive of his love and loyalty.

Where does the Labernese come from?

The Labernese is a newer mixed breed and is one we actually have some origins known about. For many designer dogs this is not the case. It was developed with the intention of creating a better guide dog for the blind bu the Mira Foundation. This began in the 1990s but it was not until the 2000s that results were developing well and an official breeding program began. The Foundation claim to use only the best bloodlines from all over the world and they always breed with temperament and mental soundness in mind. There are some health issues that have come up with mixing these two dogs and the Foundation are very careful with their selections. The Mira Foundation are committed to making sure individuals with disabilities are paired with the right dog. By combining the Lab with the Bernese they aim to get a dog that is very trainable, loving, gentle, calm, intelligent and obedient.

Originally a Canadian dog the Lab was first called St John’s dogs for the capital of Newfoundland where they are from. They were bred in the 1700s to work with fishermen all day retrieving nets, lines, fish and then being a good companion at home. In the early 1800s some English sportsmen who were visiting the area saw the dog and liked them so much they took some back to England with them. In England they were used in hunting and soon became known as Labradors. By the late 1800s the breed actually had disappeared in Canada due to new breeding laws. Thankfully in England they were doing well so the breed was not completely lost. He was recognized by the English Kennel Club in 1903 and by the American Kennel Club in 1917.

Today he is used very successfully as a working dog in a variety if areas such as police, military, special needs, detection and therapy. He is a popular dog in many countries loved for his sweet personality, his energy and his loyalty. He is very intelligent and easy to train and he loves to please his owner. He is a friendly social dog who loves to play, be active and get lots of attention. He is also very affectionate and obedient.

A very old dog the Bernese Mountain Dog comes from the Swiss Alps where he was used as a guard and farm dog for over 2000 years, pulling carts, walking with the livestock and being a great companion. By the late 19th century only a third of the Swiss people were still working in agriculture so the need for a dog to herd cattle and so on had dropped. Thankfully the Swiss saw the need in preserving their native breeds so a club was formed for the saving of several Swiss purebreds. In the early 20th century the dog was first referred to as the Bernese Mountain Dog. After World War I he was imported to England and America.

Today the Bernese Mountain Dog known as the Berner is an intelligent dog who is affectionate, gentle and very tolerant. He loves family, to be with the people he loves and to be included in all activity. He is large so early training and socialization are key to having a dog that doesn’t dominate you just because of his size. He is protective but not usually aggressive. He can be shy, another reason socialization is important. He is also slower than many dogs to mature.

The Labernese is a great mix of two great dogs. He is intelligent and eager to please and since they love to get attention training can go a lot easier. He is family orientated so when left alone for long periods he can suffer from separation anxiety. This can in turn lead to him being destructive. Usually in mixes the Lab adds a lot of energy but since the nature of the Berner is to be calm this boisterousness can be toned down somewhat. He is a very sweet family dog.

The Labernese is a large to giant sized dog weighing 65 to 110 pounds and he stands up to 28 inches tall. He has a straight muzzle, floppy ears, almond shaped eyes and a strong deep chested body. He can look more like a Lab or more like a Berner, it varies from one to another. Usually he has a straight double coat with a mix of dense, soft and shaggy. Common colors are black, white, golden, chocolate, cream, yellow and tri-colored.

How active does the Labernese need to be?

He is a fairly active dog and will need regular daily exercise. Since he is such a big dog early training on the leash will be important to make sure he doesn’t pull you over! Even though he is not highly active, that regular activity physical and mental are very important for his health and behavior. Think about 30 to 60 minutes a day, a couple of walks and some play. Access to a large yard and the odd trip to the dog park too.

The Labernese is an easy dog to train as he likes to please, is intelligent and loves to spend time with his owner. Use positive training methods such as praise and rewards. Still be firm and consistent though and stay calm. Early socialization and training are important to get the best dog he can be. He is likely to need less repetition than some other dogs with the right approach to training.

Living with a Labernese

He does shed frequently so you will need to brush him daily to keep up with loose hair and then vacuum up often too! Only give him a bath if he really needs it to avoid drying out his skin and use a dog shampoo when you do. His nails will need clipping when they get too long and his teeth brushing at least a couple of times a week. Check his ears once a week for infection too and wipe them clean with a cloth or cotton ball. It can be using just water or a proper ear solution for dogs.

He is very good with children, dogs and other pets in general but early socialization and training are key too. Teach the children no riding him, teasing him and supervise smaller children just in case they accidentally get knocked over because of his size.

They make a good watchdog and will alert you to intruders. He does bark anything from occasional to average amounts. He will need at least 4 to 5 cups of high quality dry dog food each day and that should be split into at least 2 meals. He is good in cold climates but not so good in hot ones. He is too large to live in an apartment.

When you are buying any dog, mixed or pure you should do what you can to get the healthiest dog you can. Bad breeders and puppy mills will not show you health clearances, will not have the best environment for their dogs and will not care about the health of the dogs they breed or the puppies that are born. All they care about is profit. Avoid buying from them even if it means you have to wait a bit longer to find the right dog. Health issues that he may be more prone to because his parents are include;
OCD, eye problems, bloat, epilepsy, heart problems, PSS, cancer, Von Willebrand’s Disease, joint dysplasia, skin problems, cold tail, ear infections and Panosteitis.

Costs involved in owning a Labernese

A puppy of this kind will cost between $500 to $1000. He will need some essentials like food bowl, collar, leash and crate along with anything medical that has not already been done by the breeder like neutering, chipping, blood tests, shots and deworming. This will cost between $450 to $500. Each year there will be medical and non-medical costs to cover. Health insurance, check ups, flea prevention, vaccinations, food, treats, training, license and toys. These will come to $995 to $1200.

Looking for a Labernese Puppy Name? Let select one from our list!

The Labernese is a lovely dog, mild mannered and loving but you need to be prepared for his size. Even though he is not intense with energy he still needs room to turn without knocking things over and regular daily exercise. With owners committed to his care he will thrive and be utterly devoted in return. 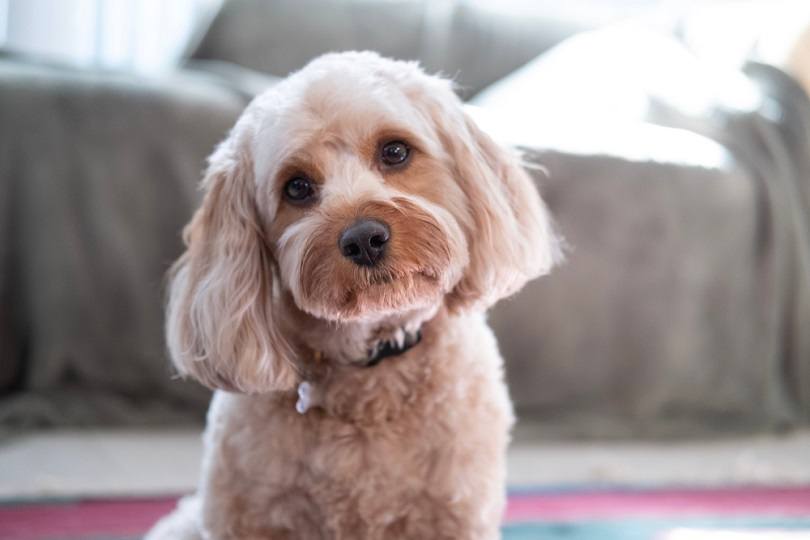 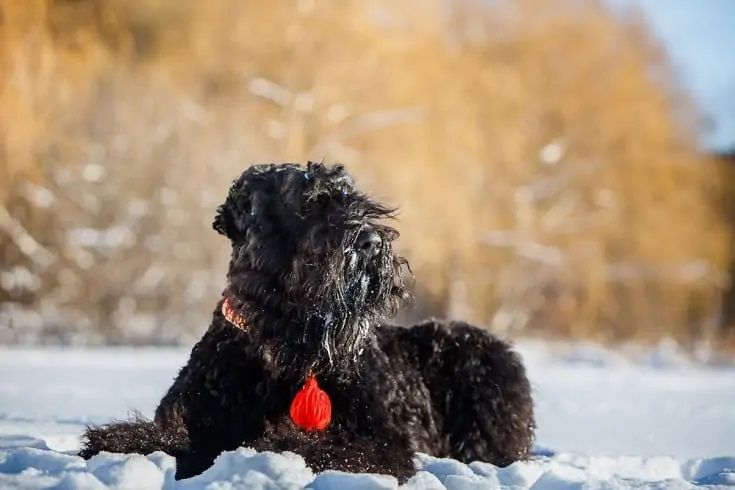 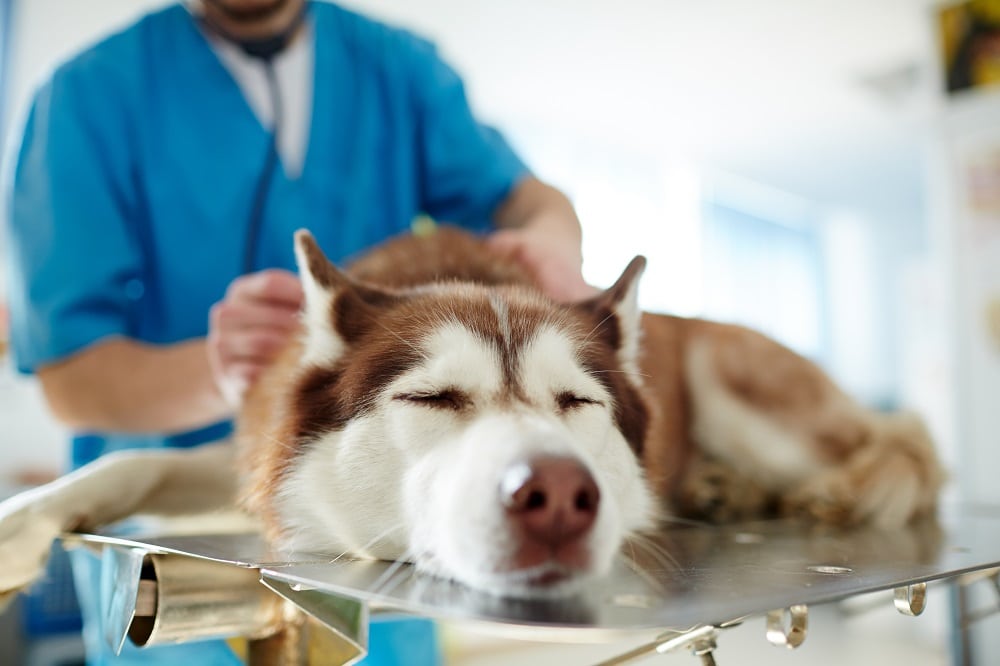