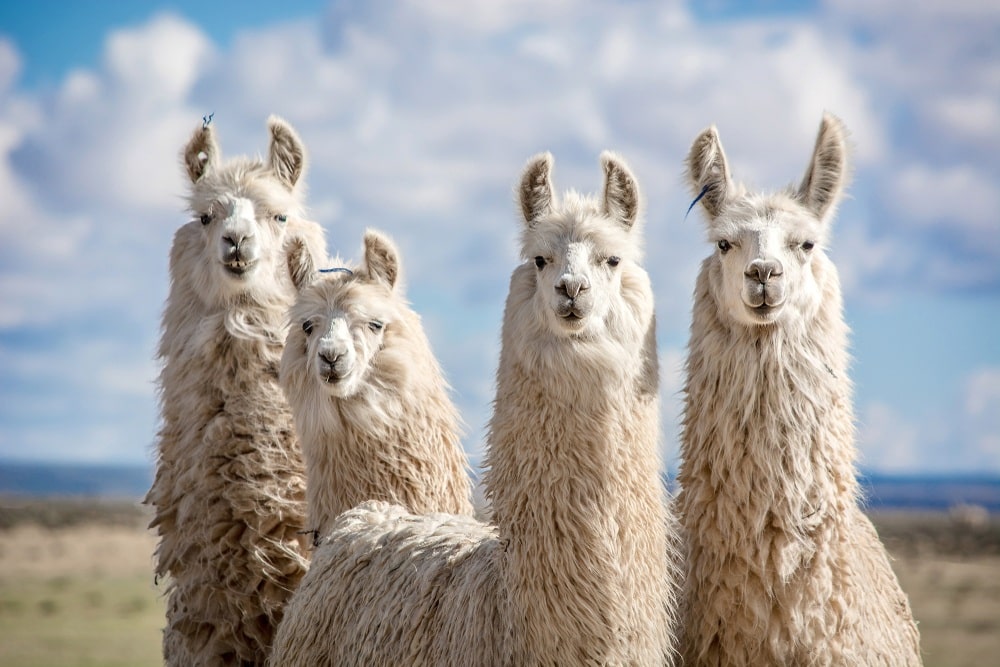 Llamas are most commonly known for their generous contributions of wool to the textile industry. But they are becoming increasingly popular and desired farm animals as they are super sociable and oh so lovable. If you have ever met one of these friendly creatures in person, you know they lead with their curiosity and will approach you with no regard at all. Llamas are equal parts loving and entertaining – you will find it incredibly difficult not to laugh when in the presence of these goofy comics.

You’ve probably found yourself searching for a new pet name if you’ve recently added one (or a few) of these herd animals to your farm! Well, you’ve come to the right spot as we have a full list of everything llama! Suitable names for both males and females, funny llama pun names, adorable ideas, and a few famous names we found interesting and totally notable!

Read on to find your llamas perfect new name.

Related Read: What do Llamas Eat In The Wild And As Pets

There is truly an endless supply of llama jokes and puns – so why not choose a name that is just as clever as the funny spin-offs created with this animal’s name. You might even be inspired to think up your very own after reading through these hilarious ideas.

Related Read: 10 Things to Know Before Getting a Pet Llama or Alpaca

One thing this animal has no shortage of is cuteness! Although they stand fairly tall, they are so inviting and happy to receive pets from anyone who is willing to give them. One cautionary thing to note, their spitting is not cute when you’re in the line of fire so be aware!

Have a peek at these fluffy suggestions if you want to give your llama a name as fuzzy as they are. Each of these would the perfect complement to a luscious and wooly coat.

This dark comedy might spark your imagination and inspire you to choose a few names based on the iconic characters in this interesting series. If this was one you followed during its air from 2009 to 2015, these are excellent llama name ideas!

Two other iconic llamas we must mention are those featured in these two classic movies:

Finding the Right Name for Your Llama

There you have it – a full and exciting list of llama names. Certainly, there will be one here suitable for your new fur buddy. With suggestions that hint at their robust coat such as Teddy or Cotton, how cute they are with ideas like Loot or Buttons, or even something comedic with names like Llamaste or Llama Bean – we hope you find one that matches your llama to a tee!

Not quite into these suggestions? Not to worry! Although they may not be llama specific, we have plenty of pet names posts that you could consider: