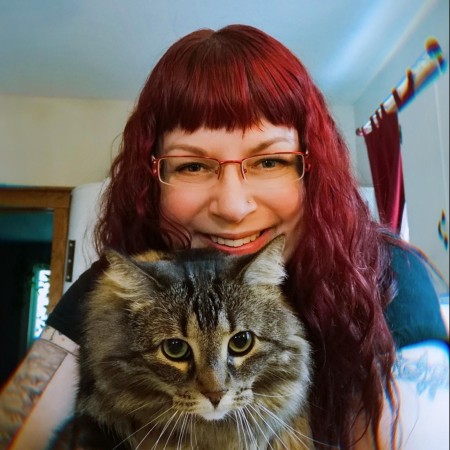 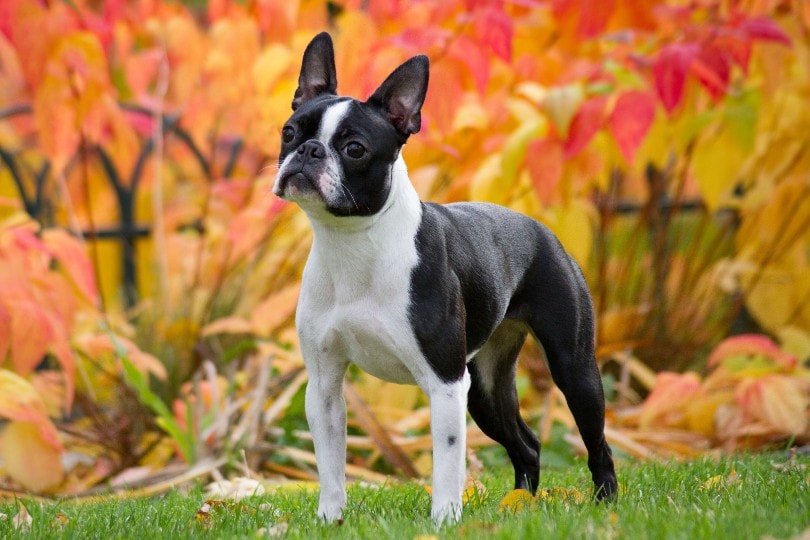 Low maintenance can mean different things to different people. Perhaps you don’t want to spend an excessive amount of time grooming your dog, or you prefer a dog that needs minimal exercise. Or maybe you would like a dog that can be left home alone while you go to work without it being problematic.

Whatever your preference, we’ve created a list of dogs that cover a number of these wish list characteristics.

This first section of our list features six dogs that are the perfect representations of low maintenance. They are independent and can be alone without you coming home to a ruined house. Grooming isn’t too intensive, and their exercise needs are quite reasonable.

The Basset Hound is a very low maintenance dog thanks to how easy it is to groom and exercise her, in addition to this being an independent breed. Bassets do shed quite a bit, so you need to keep on top of brushing her at least once a week, but this dog is also the poster child of a couch potato.

They are very independent pups, so they can be difficult to train, and depending on the individual dog, they can be left alone for periods.

The smaller the dog, the less strenuous the exercise needs to be. The Chihuahua is so tiny that just running behind you while you go from room to room in your home can be enough. However, they do still need daily walks outdoors. These dogs just need occasional brushing and baths, provided you have the smooth-coated variety—the longhaired Chihuahua will require brushing once a week at a minimum.

Chihuahuas will attempt to take over the house if you let them, but that independence also makes it easier to leave them alone while you’re out.

The Chow Chow does need a little more grooming than the other dogs in this section, but you’re looking at a monthly bath and brushing 2 to 3 times a week thanks to her thick double coat. Just a moderate amount of exercise without a ton of activity is necessary.

Chow Chows are highly intelligent and independent dogs, so leaving them alone while you’re out is usually okay.

You wouldn’t think to find Greyhounds included on a list for dogs that don’t need a lot of exercise. After all, they’re famous for racing! Having said that, they are also famous for enjoying time lying around the home, so while they definitely need time to run, they will also indulge in lazy moments.

Grooming the Greyhound is a breeze thanks to their short coats that usually involve a rubdown with a damp cloth or brush once a week, and they generally do fine when left alone.

Like the Chow Chow, the Lhasa Apso does require grooming 2 or 3 times a week, but you can also consider keeping her coat short, which will make the grooming sessions much easier. They are energetic dogs that require regular exercise, but their small size makes this easy as they can get their workout by just running around the house and yard.

Lhasa’s independent and stubborn natures make them a bit of a challenge to train, but they do better than other dogs when left alone.

The Mastiff is not the right dog for just anyone. These dogs are very sweet and devoted to their owners, but their large size and protective natures require an owner who is firm but very patient and loving.

You’d think with their giant size that they would need lots of exercise and a large house with a yard, but they just need some regular walks and would do just fine in an apartment (maybe a big apartment, though). Their short coats require a brushing just once or twice a week but be aware that these dogs drool—a lot.

This next section of seven dogs is probably what most people would consider low maintenance overall. Having a dog that wants to spend a lot of time with you might be desired by many, so here, we’ll just look at the dogs that need less grooming and not a lot of exercise.

The adorable Boston Terrier is famous for their tuxedo coat that only needs an occasional brushing and very occasional bath. They are relatively active dogs that do need regular exercise, but this can be easily done thanks to their small size. They don’t do well when left alone, so be sure to spend time with them.

The Cavalier King Charles Spaniel has a gorgeous medium-length, silky coat that needs a little extra grooming, but generally only a few times a week. They are lap dogs, which is why they can’t be left alone for long, but they only need the usual walks to keep them happy. Nothing too strenuous.

Bulldogs just need a quick brushing a few days a week to keep them healthy. They need a moderate amount of exercise, but serious walks should be avoided on hot days as they have more trouble breathing on hot and humid days. The Bulldog will enjoy lazy moments with you.

French Bulldogs don’t shed too much and only need brushing about once a week. Like the English Bulldog, they also don’t do well in hot weather. They really only need one short walk every day or at least some active play that takes place outdoors to keep them in shape.

Italian Greyhounds are quite active dogs that need regular exercise, but even just some serious playtime will be enough for this breed. Grooming is relatively easy as they only need the occasional brushing and bath.

The Pug is a very affectionate and loving dog that would prefer to snuggle with you on your couch than almost anything else. They are energetic dogs that need moderate exercise, but just like for Bulldogs, hot weather is an issue. Pugs just need a weekly brushing and the occasional bath, but be aware that they shed a fair bit.

The Tibetan Spaniel enjoys her walk and will love to go for a run but she’s also happy to laze around the house. They only need a weekly brushing as their coats don’t tend to develop mats, with the exception of the area behind her ears.

Perhaps you want grooming your pup to be a breeze and not to have to worry too much about your dog when you go out. The following is a list of five dogs that fit the bill.

The Anatolian Shepherd has a dense double coat that only really needs brushing about once a week but will shed a fair bit in the fall and summer. These dogs were bred to be independent as they watched over flocks of sheep and are used to spending time alone. It is recommended to avoid any kind of training that encourages protection as they naturally are prone to this already.

The Basenji is considered the most catlike of the dog breeds partly because of how they groom themselves, and it doesn’t hurt that they don’t bark but make a yodeling sound instead. They just require brushing once a week and don’t need a bath too often as they don’t typically have that doggy smell.

Their catlike behavior also extends to their independent natures, and they can handle being alone at times.

The Bull Terrier has a short and smooth coat and only needs brushing about once a week. This breed is courageous and devoted but also quite independent and will take to training quite easily. Bull Terriers can also be left alone throughout the day.

The Cairn Terrier can be stubborn and independent, so training might be challenging, but they do okay when left alone. Grooming is relatively easy as they only need brushing about once a week, but like some wire-haired terriers, they also require hand-stripping.

The Shiba Inu is super easy to groom as their coats don’t mat, so infrequent brushing can be okay, but they do shed quite a lot. They are also independent and have pretty good control of their bladders, so being left alone is fine in most cases.

Lastly, maybe you enjoy the process of brushing your dog and taking care of her physical appearance, but you’re looking for a less energetic and independent dog. Here are two dogs that might be the perfect fit for you.

The Caucasian Shepherd, like many of the shepherd dogs, was bred to work alone to protect the flocks from predators and trespassers. This makes this breed very capable of spending time alone, but this dog is quite seriously protective of her family. They have excellent endurance and would do best with a large yard but are pretty low-energy dogs.

Like the Caucasian Shepherd, the Romanian Mioritic Shepherd is also fiercely protective of her family and is used to being alone. These dogs only need a weekly brushing and rarely need a bath. In fact, if this breed becomes dirty, the usual treatment is to wait until the mud (or whatever is on their fur) dries, and then it can just be brushed out.

All dogs require grooming, exercise, and your company—it’s just some need it less than others. Regardless of how infrequently your dog might need brushing, she will still need her ears cleaned, teeth brushed, and nails trimmed quite regularly. Additionally, there are also exceptions to the rule, as not every breed will be typical. One Bulldog will be lazy, and another would prefer a lot of exercise.

Do your research and decide what qualities in a dog are the most important versus those you won’t mind putting up with. However, when a dog chooses you, and you end up falling in love with her, you just might find that it doesn’t matter so much if she’s higher maintenance than what you expected.