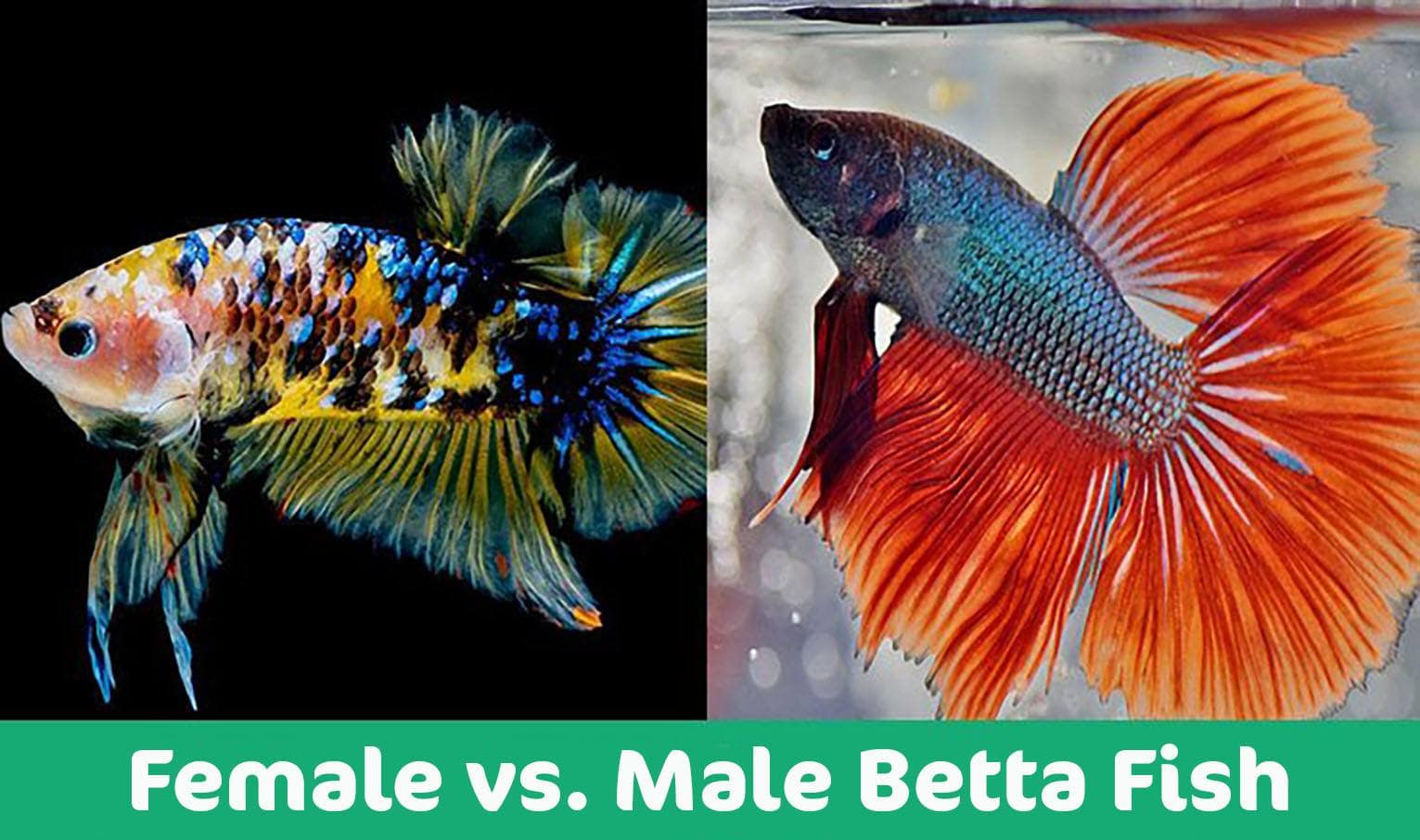 Bettas are one of the most charismatic and interesting tropical fish you’ll find at your local pet store. The characteristic long fins of the male are striking enough on their own. Like many of its type, the colors are magnificent. They serve a useful purpose for identifying the fishes to other creatures and members of its species.

The latter is probably the main reason that many people choose to get bettas. Male fish put on an extravagant display when they encounter other of their sex, even if they are living in a separate bowl. It’s typical behavior of creatures that are territorial and where the sexes differ so noticeably. His coloration and display are part of the mating ritual. Bettas don’t form bonds with females.

The males get all of the attention. You’ll often see them at the counter of your pet store, with small bowls containing one male lined up next to each other. The females usually are in the aquarium department and may live with other aquatic species. Even if you choose to breed bettas, their time together is often limited to prevent injury. However, which is the best one to get if you want a betta?

Male bettas are small tropical fish, comparably speaking. Many other species far exceed their adult size. You’ll likely see them most often alone instead of part of an aquarium filled with others. Unfortunately, their aggression extends beyond other males of their species. They are carnivores and will quickly eat anything that doesn’t eat them first.

The other concern is the most noticeable feature of male bettas, their fins. Their purpose is primarily for attracting a mate and showing off to other males. However, they are also a hindrance. It takes a lot of energy to move them, which makes them slower-swimming fish. They are more likely to get nipped, which can increase their risk of disease and infection.

Male bettas are aggressive toward others of its sex. That’s part of its behavior and attraction as a pet. The display they put on is showy, with lots of movement and huffing and puffing. If you weren’t familiar with their behavior, you’d think it was overly dramatic. However, these actions have an evolutionary purpose for the survival of the fittest. It’s literally a battle for life and death.

As a predator, male bettas will chase other smaller fish. After all, they’re food. While he’s not fast swimming, he is tenacious when on the hunt. While you can keep him with other fish, it’s best not to put him in a tank with docile species, such as guppies or zebrafish. He’ll fare best if you keep him alone in a small tank instead of with a mixed group of species.

The main concern with the health and well-being of a male betta is the setup of the tank. You’ll often see them in bowls that contain less than a quart of freshwater without any temperature control whatsoever. The ambient conditions determine that factor. Unfortunately, that’s probably the worst possible setup for these fish.

Part of the problem rests with the stability of both water temperature and chemical stability. The temp will vary, which is unhealthy for an animal used to a stable environment. The same concern exists with the content of the water. Waste and its toxic by-products accumulate quickly in a small bowl. Instead, the ideal environment is a large-sized aquarium with a heater and filtration system.

Plan on an inch of fish per gallon of water. While that may seem like a lot, it also ensures that the filter can keep up with the amount of ammonia and nitrites that the fishes’ waste will leach into the tank. If the levels go too high, it displaces oxygen and creates a toxic bacterial setting, which can kill your betta. However, it isn’t just a matter of dumping out dirty water and refilling the bowl or aquarium.

It’s essential to remember that fish are used to a stable environment that doesn’t change. Think of freshwater species living in a lake. The water chemistry doesn’t alter overnight. Dramatic shifts increase stress and, thus, the risk for disease. That’s part of what makes an aquarium a better choice for your male betta or any tropical fish species.

Surprisingly, males take the lead when it comes to breeding. They often build bubble nests that will protect the female’s eggs. It makes sense from an evolutionary perspective. By taking this action, the betta helps to ensure that his DNA passes onto the next generation. After all, he has a lot of skin in the game with his fighting behavior.

A male betta is an excellent choice if you want to learn more about this fish and his behavior. It requires daily maintenance to ensure a stable aquatic environment for good health.

Female bettas often have the same dramatic color patterns as the males without the longer fins and display of battling fish. They are slightly smaller in size because of it. Consequently, they are faster and able to dart around the tank quicker than the males with all their extra body mass. The difference between the sexes is called sexual dimorphism.

Another distinguishing feature of female bettas is the so-called egg spot located on the bottom of the fish, just behind the ventral fins. It’s small and hard to see, but the fins are the main thing to look for to sex your fish. Both males and females have a beard that lies by their gills. Flaring this feature is part of the display that both use with other members of its species.

Unlike males, female bettas can co-exist in some situations. They do best if they live in an aquarium that has other fish. Keeping two together is asking for trouble. They will act similar to males without the showy display of fins. There is often a tug-of-war between females for dominance. That often plays a role in food and, thus, survival.

The same concern exists with the condition of their fins. They are sometimes longer and a target for more aggressive species. We suggest keeping female bettas with less aggressive fish. However, remember that they are carnivores, too.

The same criteria for the aquarium setup for male bettas apply to females, too. They need a controlled environment with regular maintenance to ensure optimal water quality. You should avoid any sudden changes in temperature or the chemistry of the tank. A filter and heater are the best ways to provide a stable environment.

It’s worth noting one unique characteristic of bettas in general. They can breathe air from the water’s surface. That gives them an edge if the water quality is lacking, which explains why you often see them in small bowls without filtration. However, we suggest a proper setup for the health of the fish.

The female betta is a colorful addition to any community aquarium with docile fish. She will add interest as long as she is kept with species she won’t eat or that will pick on her.

See also: an overview of tank mates for betta fish

Which Sex Is Right for You?

If you’re looking for a minimalist and small setup, the male betta is an excellent choice. You can get a smaller tank to house him with some aquatic plants for cover. The female betta can add color to an existing tank. You can add a few to give you or your children an opportunity to view their behavior. Their outward behavior will make it enjoyable for everyone to watch.