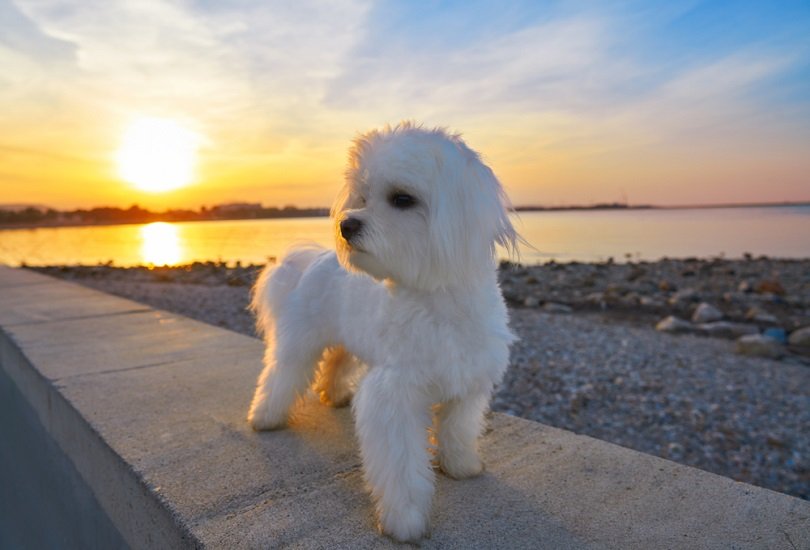 The Maltichon is a small cross breed the result of mixing the Maltese (teacup, miniature or standard size) with the Bichon Frise. He has a life span of 12 to 15 years and is also called the Maltese Frise. He is a companion dog and watchdog. He is a cheerful, loving, friendly and gentle little dog suitable for any owner and any living space. </p >

The Maltichon is a small lovely dog that is well suited to almost anybody. He can live without a yard and in an apartment, gets on with everyone and is a cheerful gentle companion to have. He will need more work when it comes to house training but once you have him in your life you will not mind this one bit. </p >

Where does the Maltichon come from?

The Maltichon is a very popular designer dog partly because it is low shedding and also because of its small size. The smaller mixed breeds or designer dogs are more popular and often cost more as a result. Designer dogs is a term to cover all the many mixed breeds created in the last 25 years or so. Some have been done for a reason and we know something about them. Most we have no information on and were bred by disreputable breeders to make money. This does not mean designer dogs should somehow mean less to their owner, it just means more care has to be taken when buying one to try and find those few decent breeders. As the Maltichon is one of those we have no information on we can look to the purebreds used to create him to get an understanding of what characteristics he may have. </p >

The Maltese is a dog that has quite a long history behind him. You can find him mentioned for over two thousand years by the Greeks, the Romans, the Egyptians though his actual origins are not specifically known. Some think it was in the Mediterranean on the Isle of Malta, some think it was Italy and some think it might even have been Asia. By the 1400s he was adored by the French nobility. By the 1500s he was a favorite in England. But in the 1600s and 1700s he was not doing as well. Attempts were made to breed him to the size of a squirrel and it failed and nearly ended the breed. Breeders had to use other breeds to save him which led to a few new breeds being developed. The Maltese came to the US in the late 1800s. </p >

Today he is a natural entertainer with a very lively and outgoing personality. He loves being with people and responds very well to positive reinforcement so he is easy to train. He is a sweet dog who tries to make friends with everyone and every animal. He is good at getting his own way but can be hard to house train. Some have digestive problems and can be picky eaters. </p >

It is thought the Bichon Frise is a descendent of the Barbet but it is not known for sure as his origins are not clear. He can be found in records dating in the 1300s when either French or Italian sailors brought him from the Mediterranean. When in Europe he became very popular with the nobility and could be found in many royal courts including the French, English and Spanish. Despite his popularity as a companion dog in the late 1800s interest in him waned. Thankfully due to his intelligence and looks he was kept by circus performers and organ grinders as a performing dog and this kept the breed going. After World War I the French became interested in preserving the breed. He came to the US in 1956. </p >

The Bichon is a cheerful dog who loves to be the center of attention and receive all the adoration and love he rightly deserves. He is a charmer and everyone who meets him loves him. He does not like to be left alone for long periods and can suffer from separation anxiety. He could be destructive as a result. He will need to have some professional grooming to take care of his coat and while intelligent he he does not house train easily. </p >

The Maltichon is a cheerful, playful and friendly little dog. He is very responsive and loving, has lots of energy and loves to be the center of attention. He is intelligent and gentle and since he loves to be with his owner all the time training is usually moderately easy. He is alert and protective and can sometimes be jealous if you are affectionate with anyone else. He does not like being left alone and might act like you have been gone for hours even for 20 minute trip to the shops. He is good with children and other pets and have an entertaining clownish personality. </p >

The Maltichon is a small dog weighing 8 to 12 pounds and measuring just 8 to 10 inches in height. He can have a double coat or single depending on who takes more after. The single can be silky to touch, but with a double coat the outer is rough and the inner is dense. The coat can be wavy to curly and usually he is white but rarely can be apricot and cream. He has a round head, floppy ears, a short muzzle and dark almond shaped eyes. His muzzle is usually dark brown or black and his tail is short and hairy. </p >

How active does the Maltichon need to be?

He has a lot of energy and needs to be fairly active but for a dog that size that does not add up to a lot of exercise really compared to other dogs that are larger. About 15 minutes a day of walking plus some play time is good. That play can be indoors so he can live in an apartment but a yard is a bonus. Trips to the dog park would be a great treat for him. </p >

He is moderately easy to train meaning he will not take longer than other dogs, but he is not going to be easy and quick either. He likes to learn tricks and perform them, he loves to be the center of attention, he loves treats and positive praise and he is smart and all of those mean he will stay interested in the training as long as you you stay positive and consistent. Early socialization and training are important as with any dog, just because he is small does not mean he should be pampered or allowed to get away with anything. He may be harder to house train as some small dogs can be. </p >

He will need a moderate amount of maintenance. While he is low shedding so less vacuuming to do he can get knots and mats in his hair so regular brushing is advisable as is keeping his hair trimmed regularly. Have his nails clipped when they get too long, his teeth brushed two or three times a week and check his ears once a week for infection then give them a wipe clean. Baths are only needed if he gets super dirty, bathing too frequently can cause his skin to dry out. </p >

He is very good with children, playful with them and affectionate. He is better in a house with older children though just because he is a small dog and small children can play rough without realizing they could really hurt him. Teach the children how to play safely with your dog. He also gets on well with other dogs and pets. </p >

He is alert and will bark to let you know of an intruder. Otherwise his barking is occasional to moderate so training is important for controlling the barking in case the neighbors get annoyed. He eats ½ to 1 cup of a good quality dry dog food each day, split into at least two meals. He is well suited to apartment living and does best in warmer climates than cold ones. </p >

There are no specific health issues for this mixed breed but as with any offspring he is at risk of certain conditions that his parents are also more prone to. They include; Patellar luxation, liver problems, eye problems, hyperglycemia, collapsed trachea, vaccination sensitivity, White dog shaker syndrome, reverse sneezing, bladder problems, allergies and hip dysplasia. To have a better chance at a healthier puppy who grows into a healthy dog buy from a trustworthy breeder and ask to see health clearances. </p >

Costs involved in owning a Maltichon

A Maltichon puppy will cost $450 to $1500. The higher range reflects the higher popularity. In some cases when you buy a dog there are some things that comes with that price. If the following are not included you will need to take care of them, deworming, shots, neutering, chipping, blood tests. He will also need some basics like a carrier bag, crate, bowls, collar and leash. All these costs comes to between $360 to $410. Each year general medical costs for things like insurance, check ups, shots and flea prevention will come to between $435 to $500. Each year all other costs for things like a license, training, treats, food and toys come to between $300 to $400. </p >

Looking for a Maltichon Puppy Name? Let select one from our list!

The Maltichon is a small lovely dog that is well suited to almost anybody. He can live without a yard and in an apartment, gets on with everyone and is a cheerful gentle companion to have. He will need more work when it comes to house training but once you have him in your life you will not mind this one bit. </p > 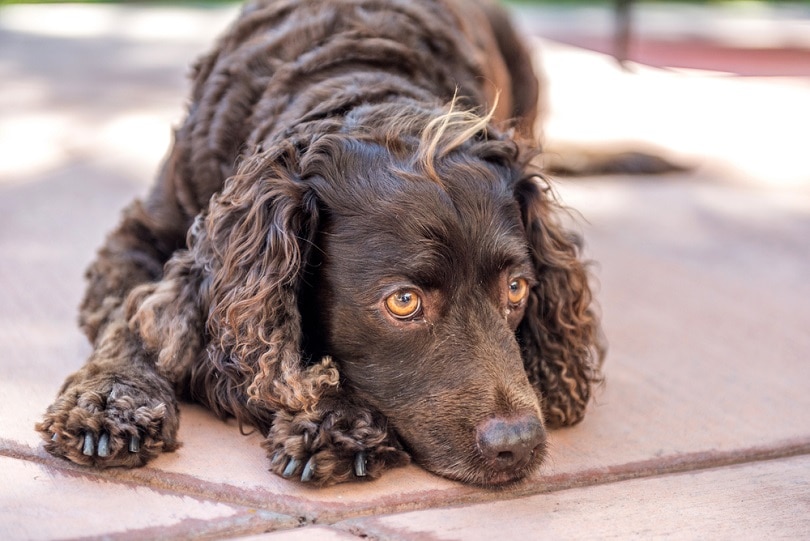