When Is a Mare Too Old To Breed? Everything You Need to Know! 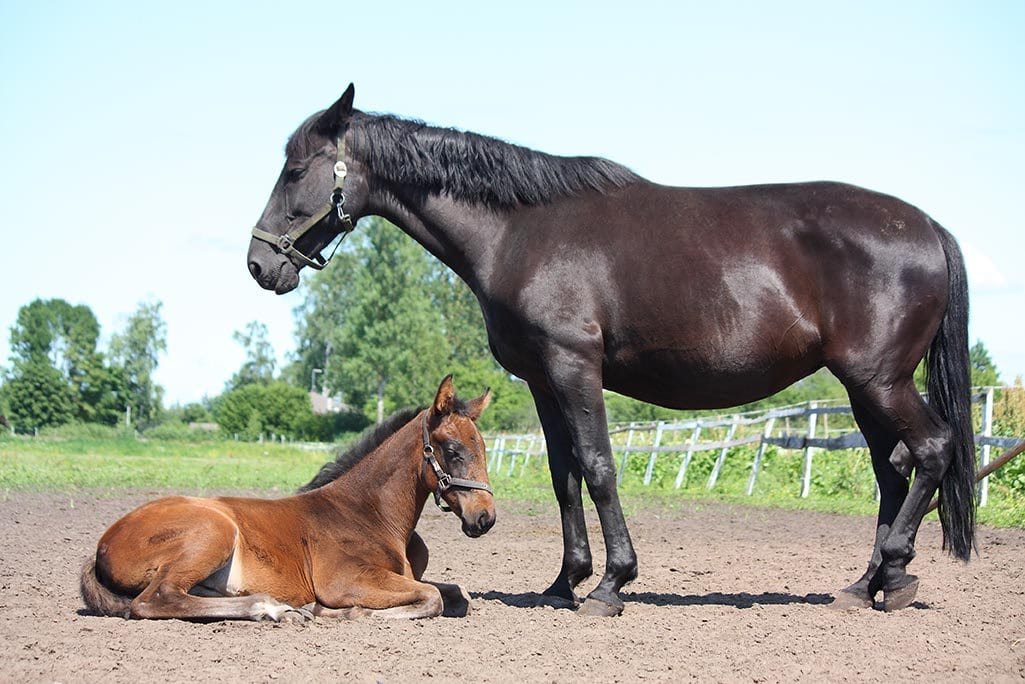 If you have a mare that’s getting up there in years and you’re wondering if it’s safe to breed her, we’ve put together some helpful info that may help. In most cases, mares are no longer optimally reproductive when they reach 15 years of age or older. Sure, some mares can have healthy foals when they’re in their 20s, but most of these horses have had several successful pregnancies before.

How to Know When to Breed a Mare

Of the approximately 21 days a mare is in heat, she will only be willing to mate with a stallion for four to seven of these days. The tried-and-true way horse owners check for a mare’s sexual acceptance of a stallion is to put the two horses together each day and see what happens.

When a mare is ready and willing to mate with a stallion, she shows some consistent behaviors including urinating in the proximity of the stallion and swatting and lifting her tail. But since these behaviors are variable, most serious breeders work closely with veterinarians who use methods like examining and palpitating the mare’s reproductive tract or an ultrasound machine to determine when an egg is released that occurs at the end of a heat cycle.

Signs of a Mare in Heat

While every mare is unique, several telltale signs indicate when a horse is in heat.

Some of the most common signs of a mare in heat include:

On top of these signs, you may discover that your mare is harder to handle or ride when she is in heat. If you’re used to riding your mare daily or putting her through some training, be sure to plan these activities around her heat cycles.

It’s best to allow the natural heat cycle to run its course so that both you and your mare are safe and healthy. When your mare is in heat, don’t partake in any activities that could cause your mare to feel discomfort or pain. It’s also important not to approach her from behind when she’s in heat and don’t groom sensitive areas like her flanks.

Keep the mare’s environment as calm and stress-free as possible and don’t put her through any strenuous workouts. Remember that the heat cycle only lasts about 21 days, so before you know it, things will be back to normal again.

Pregnancy Loss in Mares is Common

When it comes to successful full-term pregnancies, mares don’t have a good track record. It’s been found that around 30% of mares that conceive lose their fetuses before foaling. Most often, this loss of pregnancy occurs during the first 35 days of pregnancy wherein the embryo is simply resorbed.

Some of the common reasons mares lose their fetuses include stress, inadequate diet, illnesses, and infections. If a mare has a history of aborting that’s unrelated to these things, she may be given progesterone either orally or via injection to help her maintain the pregnancy.

If you have a mare that’s older than 15 years and you’re considering breeding her, it’s best to consult with your veterinarian. Your vet will examine your mare to determine if breeding her is a good idea.

Always keep in mind the fact that your horse depends on you to take good care of her and to make the right decisions regarding her health. Even though you may want a foal to raise and train, your mare’s health should be the number one priority. The last thing you want is to put your mare’s health in jeopardy so don’t take any chances! Your vet will guide you in the right direction so you make the best decision for you and your horse!