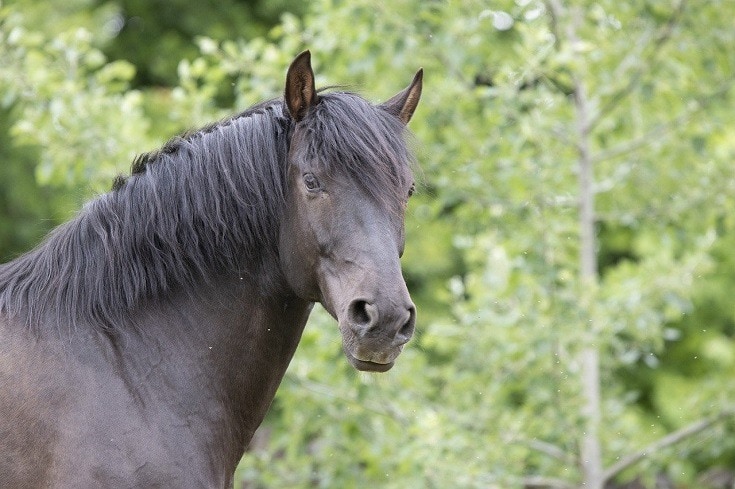 Horses have to be one of the oldest human companions. Centuries ago, horses were mostly domesticated and used for transport or work. Today, the population of horses has gone down but they are still widely loved.

There are over 350 breeds of horses globally to choose from as a horse lover. Each variety has its versatile capabilities according to your needs. Investing in a horse will cost you a few dollars, so select a breed wisely.

Here’s a detailed guide on the breeds to look out for a while shopping for a horse.

Most Popular Horse Breeds in 2021

Originally from the United Kingdom, the Thoroughbred is recognized as the fastest racing horse in the world. Known for its agility and fast speeds, it’s a hot-blooded breed well suited for long-distance runs. Besides, they are also good at jumping, dressage, and hunting.

Apart from taking part in competitions, this horse makes a very great companion for horseback riding. This horse is purely bred for performance.

Globally, the Thoroughbred is very common, with a population of around 500,000. However, the breed is at high risk of loss of genetic diversity due to the rampant inbreeding. There is uncontrolled selection breeding of this horse for potential competition horses, which is a multi-billion business.

As a hot-blooded breed, the Thoroughbred stays in human-related habitats and the pastures and farmlands.

Like their name, this breed is prevalent in the US short races, often a quarter of a mile. As quick sprinters, they cover short distances at very high speeds. It’s athletic, muscular, and known for its versatility.

Quarter Horses are a favorite for both beginners and professional competitors across the world. When it’s not racing, it makes an excellent choice for a family horse.

As the most popular breed in the United States, the Quarter Horse is estimated at approximately more than 3 million horses, according to the breed registry.

This horse does not have a unique habitat compared to other breeds. It’s mostly kept in grasslands, pastures, and fields.

An origin from the Arabian Peninsula, the Arabian horse is a majestic breed with very distinctive features. It’s one of the oldest horse breeds going back to 3000 BC.

Well known around the world for its power, it tends to be wild and hot-tempered. Easy to recognize from a distance, the Arabian is well suited for endurance riders. On the other hand, it will tend to grow older faster in comparison to the different breeds.

According to the data registry, there are over 1 million Arabian horse breeds in over 60 countries. Most of these are found in the United States, followed by Cannada and then Qatar.

Because of its early life in desert conditions, this horse is well pre-conditioned to adapt to long distances and race fast.

The Clydesdale is one of the famous cold-blooded horses in America. Originally from Scotland, this breed is tall and muscular and a great choice for farming. Due to their quiet and trainable nature, they are well suited for beginner riders and families.

According to the Livestock Conservancy, the breed is not so common globally, with a population of fewer than 5,000 horses. However, in America, the population of the Clydesdale has increased gradually over the years.

As a common draft horse, this breed lives mostly in farmlands and pastures.

A colorful breed, the Appaloosa is known for its distinct spotted coats. With yet another rich history, this variety is said to have been originally bred by the Nez Perce Native-American tribe. Its unique appearance is believed to be a result of mixed breeding.

In the United States alone, there are over 650,000 registered Appaloosa horses. The numbers are growing in other countries due to the popularity of the horse.

The Appaloosa is excellent for casual riding, farming and is also used in the circus due to its looks.

This breed is a popular choice for horse lovers when it comes to riding and equestrian competitions. Named after its owner, Justin Morgan, this breed is very athletic and performs so well in a racing track. Despite their short stature, they are great at saddle seat competitions. Morgan’s are friendly hence well suited for families.

As of 2015, there were approximately 89,000 registered Morgan horse breeds. They live long lives and can go up to 30 years with proper care.

As the premier carriage horses, Morgans excel in various activities from the competition, endurance riding, dressage, and good companion horses. Because of this, they are common in family backyards.

The Warmblood refers to several breeds which have a distinct personality. They have combined features that you get from “hot-blooded” horses such as the Thoroughbreds, and a touch of “cold-blooded” breeds calm nature. Warmbloods are bulky and sprint so well, making them popular for sporting activities.

Due to the combined breeding, Warmbloods are large in numbers across the globe. The population is estimated at around 840,000. These numbers are gradually growing as a result of inbreeding.

Warmbloods are very common in Europe in countries such as Belgium and The Netherlands. They are mostly kept for dressage and competition activities.

The Andalusian is a powerful, majestic horse originally from the South of Spain. This breed is well known for its elegant mane and high energy.

Due to its extremely agile nature, it’s a hot-blooded horse famous for dressage rings and parades. Andalusians display athleticism, stamina making them an excellent choice for long-distance running events.

An export from Spain, this breed has steadily spread across the world. Their numbers are low and estimated at approximately 200,000 worldwide.

The Andalusian played a significant role in the history of Spain in the battles. They are housed in farmlands due to their calmness in readiness for competing events.

This breed originates from America. It is well known for its distinctive coloring and spotting patterns on its coat. The Paint Horse is a crossbreed between the Thoroughbred and Quarter Horse, making them quite powerful. They are popular in western riding, show jumping, and reining.

The Paint Horse is very popular due to its colorful patterns and versatility. The American Paint Horse Association has a registry of more than 100,000 members spread out in about 40 countries. As one of the biggest registries, there are over 250,000 registered horses in America alone.

Farmers in human-controlled habitats mainly keep this breed. They are allocated spaces with grass to graze and roam freely.

The Shetland Pony is a small size horse ranging between 71 and 107 cm. This breed is considered one of the most intelligent horse breeds and is often used for trick training.

Despite their small stature, they are great at equestrian sports. A great family horse choice, the horse can be ridden by kids who are under 16 years.

A Shetland Pony can live up to more than 30 years. Worldwide, there are over 100,000 ponies with the best varieties been kept in the Shetland Islands.

The ponies developed into hardy animals due to the harsh climates they originated from. They can withstand winter seasons due to their broad bodies and thick coats. They are often kept as pets by families.

Horses remain one of the most popular pets kept by humans. They can be either for casual riding, competitive sports, or just for fun activities. There is a perfect horse breed that you can select according to your needs for each of these activities.

Different breeds have distinct characteristics and personalities that make them unique. It’s best for a horse lover if you weigh all these factors keenly before deciding to invest in a popular horse breed.