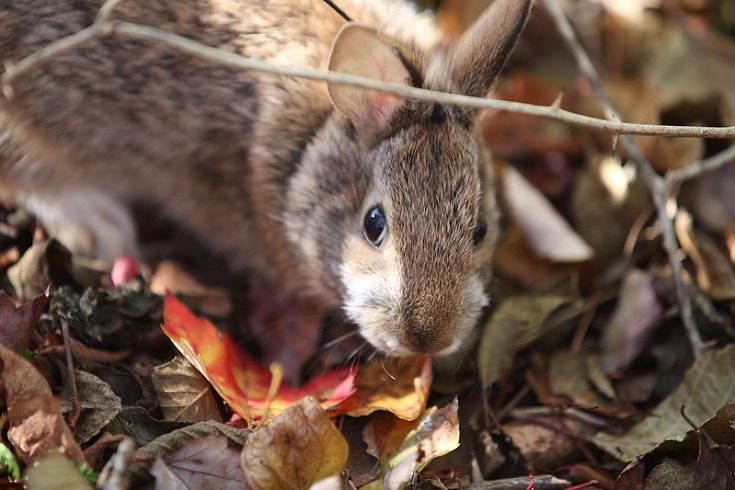 The New England cottontail closely resembles the eastern cottontail but is a separate breed. You can find these rabbits scattered around New England from southern New York state up to southern Maine. This is a wild animal, not one that you will see being kept as a pet. However, there are ways to attract them to your land and aid in protecting this endangered breed.

Keep reading while we go over some interesting facts about this seldom seen rabbit and learn more about them.

How Much Do New England Cottontail Rabbits Cost?

Unfortunately, like its close relative, the eastern cottontail, the New England cottontail is a wild animal that you cannot tame for use as a pet. Even after several years of captivity and careful treatment, it will still likely bite you if you try to pet it, and it will try to escape whenever an opportunity arises. If you would like to have a pet rabbit, several breeds are available that would be much more suitable, including the Dwarf Hotot, English Lop, Giant Chinchilla, and Harlequin. While the price will vary by breed, you can often purchase one for less than $50.

The New England cottontail likes to relax hidden by tall grasses and dense shrubbery during the day to protect itself from predators. It will do the same throughout the night, taking quick power naps while keeping watch. It’s most active right before the sun comes up and right after the sun goes down while the light is dim, and it’s hard for many other animals to see them. While it’s active, it will stay in the open but remain close to shelter.

How to Take Care of New England Cottontail

Since the New England cottontail is a wild animal, you are limited in ways you can take care of it. Some states offer tax breaks for people that agree to grow thickets on their land that rabbits and other wild animals can use for shelter and food. If you have a small yard, you can plant small bushes and other low-lying vegetation for the same reason.

Do New England Cottontails Get Along with Other Pets?

What to Feed Your New England Cottontail

New England cottontail rabbits are herbivores that will eat a variety of plants depending on the season. It will eat more greens and softer plants during the growing seasons, and when the ground is snow-covered, it will eat woodier plants and bark. The foods rabbits will eat include leaves, bark, flowers, fruits, vegetables, grasses, and more.

The best thing you can do to help the health of any New England cottontails around your home is to plant plenty of low-lying shrubbery on your property that they can use for food and shelter. Allowing some of the grass on your property to grow tall can also help. You can also set up a feeding station and provide the rabbit with pellets and vegetation to improve their nutrition. However, adding a feeding station can bring other animals to your yard, potentially pushing the rabbits out.

New England cottontails will breed several times a year, but not quite as often as the eastern cottontail that you can find in warmer climates. The typical breeding season of the New England cottontail is from January thru September, though it can vary based on elevation and temperature. While the breeding season is in session, cottontail females will form breeding groups in well-protected areas. The female will remain dominant through nesting, birthing, and nursing and will copulate again soon after giving birth. Babies are born without fur and closed eyes, but they quickly open and begin to grow hair a few days after birth.

Are New England Cottontails Suitable for You?

Unfortunately, New England cottontail rabbits are wild, and you cannot tame them. This breed’s numbers are dwindling quickly, so if you live in the New England area of the United States, there are some steps you can take. Any extra food or shelter you can provide by planting low lying shrubbery and tall grass will help improve the population.

We hope you have enjoyed reading and have learned something new about this rare and endangered breed. If you know someone who lives in the New England states, please share this guide to the New England cottontail on Facebook and Twitter.