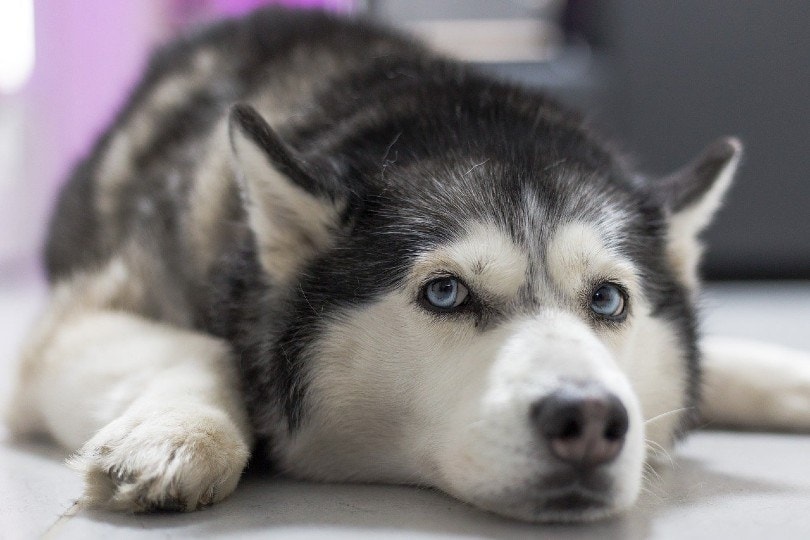 Dogs have been man’s best friend for nearly 3,000 years. Although it is difficult to estimate the precise history behind the relationship between domesticated dogs and humans, it is believed that wolves began to become domesticated as long as 10,000 to 30,000 years ago.

Today, some of the most popular dog breeds only began to emerge in the 18th and 19th centuries. Boxers, German Shepherds, and Irish Setters, for example, are all relatively modern breeds. Still, there are multiple breeds that have been around for centuries.

In this article, we are going to look at the 10 oldest dog breeds. Let’s take a look at these breeds that have been man’s best friends for centuries.

10 Oldest Dog Breeds in The World

To date, experts believe that the Basenji is the oldest dog breed in the world. It is believed that these dogs came from the continent of Africa and were used for hunting purposes. It appears that their image was even depicted on Egyptian tombs, showing their importance in African culture.

Since then, Basenjis have been loved all over the world. They are especially noted for their unique bark. This breed has a different shaped larynx than other dogs. As a result, it is nearly impossible for the dog to bark like other breeds. Instead, it makes a much more yodeling type sound, though it rarely makes any noise at all.

Another unique feature of the Basenji is that they have a lot more feline personality traits than other breeds. For example, they don’t like water, and they groom themselves more like cats than dogs.

Following the Basenji, the Chinese Saluki is the second oldest dog breed in the world. Experts believe that this breed dates back to 685 BC, which was run by the Tang dynasty in China. It is believed that this dog was used to hunt hares and act as watchdog over the home.

People today love the Chinese Saluki for its loyal demeanor and unique appearance. It has an incredibly slim body and face, as well as a face that slopes downward. This makes it incredibly easy to spot a Chinese Saluki just by looking at them.

With that out of the way, we can now look at the Siberian Husky, which is another ancient breed. As their name suggests, the Siberian Husky was spread by the Chukchi tribe, which was a group of people who lived in what is known as Siberia today.

Because Siberia has such extreme temperatures, this breed is incredibly resistant and adaptive. It is believed that this breed was originally bred as a working and guard dog. For example, it’s expected that they pulled sleds and protected territories.

The Tibetan Mastiff is one of the cutest yet wildest looking dogs on this list. Almost looking like a big brown bear, Tibetan Mastiffs are believed to have developed from the Gray Wolf line around 58,000 years ago.

Because the Tibetan Mastiff has such close relation to the Gray Wolf, it is known for its muscular build and dense coat. After evolving from wolves, it is believed that this breed acted as a guard dog and livestock protector at Tibetan monasteries.

Alaskan Malamutes, commonly mistaken as Siberian Huskies, are another ancient dog breed. Like many of the other dogs on this list, it originated in very cold environments, allowing it to be highly resistant and adaptive, which is part of the reason it has lived for so many years.

This breed is believed to have been bred for sledding and hunting purposes. Because of this, it has an incredibly muscular, large, and robust body, allowing it to withstand extreme temperatures and heavy exertion.

The Shiba Inu has been one of the most popular dogs for centuries. Though it is mostly known for Internet memes today, it has been popular since about 500 AD, which is assumed to be its general beginning as a breed.

What makes the Shiba Inu a little different from other breeds on this list is that its beginnings are much more debated. Most experts agree that it is likely of Japanese origin, though other experts believe it originated in either China or Korea.

Another dog that was bred in extremely cold temperatures is the Greenland Dog. This ancient breed is believed to have landed in Greenland when Paleo-Eskimo peoples traveled to the area. Interestingly, this dog is almost genetically identical with the Canadian Eskimo Dog, showing that they are incredibly close descendants.

Like the other resistant and adaptive cold weather dogs, the Greenland Dog was bred for hunting and sledding. This makes the breed resistant, strong, and muscular. Today, the breed is much less popular than it used to be.

Historically, the breed was used for hunting wild animals. They were also used to defend homes and act as guardians. Because of these breeding purposes, Akita Inus are known for having an instinctive behavior, as well as strong and resilient builds.

The Samoyed breed was not popular until the 18th century, but it has origins much earlier than that. As their name suggests, this breed was bred by the Samoyed tribes who inhabited what is known as Russia and Siberia today.

Very similar to the Siberian Husky, this breed is strong and durable. It is independent and highly resilient. It is believed that the breed was initially employed to act as herding dogs, hunt, and pull sleds.

Finally, the last breed on our list is the Chow Chow. Known today for its distinct appearance, the Chow Chow was initially bred to guard ancient temples and homes. Additionally, this teddy bear looking breed was even used as hunting dogs.

Even though every breed is slightly different, many of the ancient dog breeds have shared characteristics. As you probably notice from this list, the vast majority of them are resilient and strong. This is because many of these ancient breeds were used for working purposes, allowing them to become muscular.

Additionally, many ancient dog breeds evolved in harsh environments, such as Greenland, Siberia, and Russia. This caused these breeds to have very dense furs that protected them against the harsh climate.

Ancient dog breeds are similar in other ways too. For example, ancient dog breeds tend to be very intelligent and independent. These two attributes allowed them to live for many centuries within human households and in the wild. They are especially known to have instinctual abilities to hunt and protect resources, making it easier for them to survive.

Because these breeds were largely used for hunting purposes, today they are more difficult to train and live with than other breeds. They require much more activity and socialization since they were not bred to be companions initially.

Even though it is relatively modern for average households to have dogs as pure companions and not as working or guard dogs, certain breeds have been around for centuries. Almost all experts agree that the Basenji and Chinese Saluki are the two oldest breeds in the world.