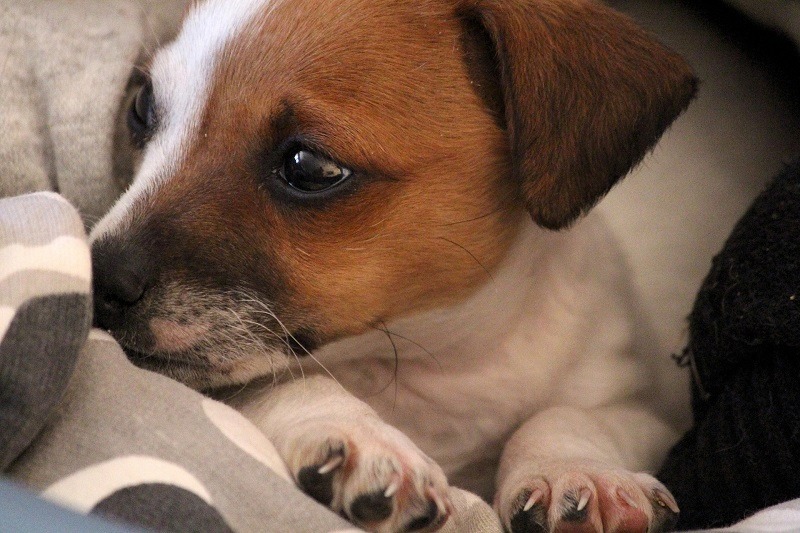 The Pekehund is also known as a Pekeashund, Dachanese and Pekeweenie. He is a mixed breed or cross of the Dachshund and the Pekingese. It is a small to medium sized dog with a life span of 12 to 15 years. He is a very dedicated dog and is very loving and affectionate. He may also sometimes just be referred to as a Dachshund/Pekingese Mix.

Where does the Pekehund come from?

The Pekehund is one of hundreds of now called designer dogs. A designer dog is a dog that is the first generation offspring of usually two purebred dogs that have been purposely crossed. Nowadays often these names are being used for mutts of accidental breeding too though technically it is not accurate. Those who are pro designer dogs feel there is a big difference between a good breeder breeding two dogs together and an accidental coupling. The problem is that not all are bred by good breeders. There are a lot of people jumping on the money making machine and churning out puppies with no care or thought at all. So take care where you buy from if the Pekehund really is the dog you want. As there are no specific details for where and why it was first bred here is a look at the parents to get an idea of its history.

The Pekingese is a Chinese breed thought to be at least 2000 years old. He has a lovely story behind his origins. A lion and a marmoset fell in love and the lion asked Buddha to make him smaller so they could be together but to still leave him with a brave lion heart and big character. Buddha agreed and from the two came the Fu Lin or Lion dogs! The Pekingese was named after the Chinese capital which was then called Peking. They were never to leave the palace but in 1860 during the Opium war with the British they became prized and brought back to England. At first they were rare but they became very popular and that spread to the US at the start of the 20th century.

He is a brave and confident little dog with a strong stubborn streak! He still has a dignity about him and obviously believes he was worth all of that devotion and still is. He is protective and loyal and will need firm but positive training methods. The trick to getting him to do what you want is to make him think it is what he wanted all along!

The Pekehund is a very sweet and loving dog who has a cheerful disposition and is dedicated and loyal. He is intelligent and can be protective. His antics can be funny and while he is friendly he usually does not like strangers and needs some time to warm up to them. He loves to cuddle with you and nap on your lap. He is not a small yappy dog, in fact his bark sounds more like a bigger dog’s bark. Usually he is calm but he can be energetic and playful and he has his moments of fun and games. He is a good dog for families, couples or singles of any age.

He is a small to medium sized dog weighing 12 to 15 pounds and standing 8 to 10 inches tall. He tends to have a long muscular body on short legs with the look of the Dachshund. He can have several coats depending on what coat his Dachshund parent had and which parent he takes after, from short to long, wiry to soft. Typical colors are brown, cream, black, white and tan. He has a black nose, brown large round eyes, floppy long ears, rolls of skin at the neck and a tail that curls so the tip can touch the back.

How active does the Pekehund need to be?

The Pekehund is a fairly active dog but his size means he is well suited to apartment living and while a yard is a great bonus it is not a requirement. He will need a couple of walks a day though still and he does enjoy exploring scents and climbing. While he can be energetic he also tires quite quickly so outings will not have to be too long. He would benefit and enjoy trips to somewhere like a dog park where he socialize, be safe off leash and play with you.

This a moderately easy dog to train so things will not be very quick but they will also not be painfully slow. He is smart and likes the attention training brings to him but he can have a stubborn side and that may slow things down now and then. Be patient, firm and consistent and keep positive. Offer him treats to encourage him, reward him and praise him, when he has his success and avoid punishing or scolding even when things are not going well. Early obedience training and socialization will help him grow into the best dog he can be.

Usually the Pekehund is low shedding but certain coats can be a little more than that up to a more moderate amount. He will need brushing at least two to three times a week and this will not only remove loose hair and debris, it will also get the natural oils moving around its body improving the health his coat. A bath should be given just at times when he really needs one using a dog shampoo only. Bathing too frequently is not good for his skin and can lead to problems like itching. His ears will need checking for infection once a week and then wiping using a damp cloth or cotton ball with a dog ear cleanser. His teeth should be brushed at least twice a week and his nails will need clipping when they get too long. Take care if you do this yourself to not cut too close to the quick. If he has wiry hair or long hair he is going to need frequent trips to a professional groomer for trimming or stripping.

In general his early socialization is important so that he is better able to interact with children, other animals and other dogs. He can be good with children though younger ones should be supervised so that they do not hurt him, especially his back. He does not tend to like strange dogs so socialization will help when you visit dog parks. His background means he may try to chase smaller animals as prey.

He is a good watchdog and will bark to let you know if an intruder is breaking in. It has some protective instincts and so may also act to protect you as well. He does not bark much otherwise, occasionally when he is playing or if visitors come. He can also growl a lot when playing. He will need to be fed ¾ to 1 1/2 cups of good quality dry dog food a day, split into two meals.

Dogs with longer bodies and shorter legs tend to have back issues so need to be watched around young children and should not be encouraged to make even just moderate jumps (as in from the couch to the floor). It may be a good idea to have a little bench so he can do the jump in too smaller and safer jumps. There are other health issues he can inherit from his parents such as IVDD, Back Problems, Epilepsy, Eye problems, Bloat, Cushings, Diabetes, Deafness, Patellar Luxation, Brachycephalic Syndrome, Cleft Palate, Cryptorchidism, Hydrocephalus, Heart problems, Fold Dermatitis and ear infections. Ask the breeder for health clearances for both parents.

Costs involved in owning a Pekehund

A Pekehund puppy can cost between $200 to $600. Other initial costs will include things like a crate, carrier, collar and leash and then medical concerns like shots, an exam, blood tests, deworming, micro chipping and neutering. These come to $455 to $500. Annual costs for food, toys, treats, license, training and grooming can be expected to fall somewhere between $660 to $760. Medical annual costs for basic needs like shots, flea prevention, pet insurance and check ups come to between $460 to $560.

Looking for a Pekehund Puppy Name? Let select one from our list!

The Pekehund would be a great companion and best friend for most owners. He will need some walking but it will not have to be long walks so can suit people who are not fully active. He loves to snuggle and will offer a lot of love and bring a lot of happiness to any home where he is treated well. He should be socialized and trained as with any dog to bring out the best of him.