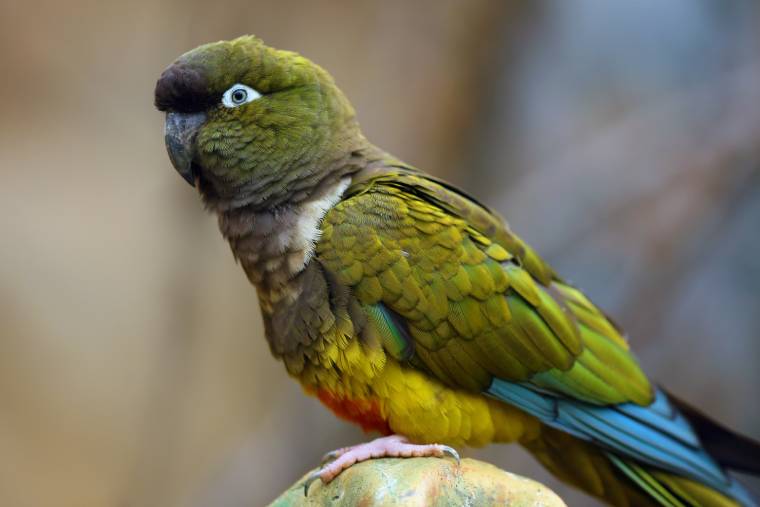 If you’re looking for a pet that you’ll have for a long time, we’re going to have a look at the birds that have the longest lives. Many birds live much longer than our traditional pets, like dogs and cats. Particularly parrots – some of them have lived for as long as 80 years, and it’s even been said that some have lived to 100! The oldest recorded bird in captivity was Cookie, who was a Pink Cockatoo that lived until 83!

No one has really been able to fully explain why birds live so much longer than mammals, but it’s thought that it has something to do with how their bodies process the proteins and oxygen that are associated with metabolism.

So, without further ado, we present our list of 15 pet birds that have long lifespans. Don’t we all want to have more time with our beloved pets?

The African Grey Parrot is one of the most recognizable and popular parrots and is famous for its intelligence and talking capabilities. They are medium-sized birds at about 13 inches, and they live an average of 40 to 60 years and have been known to live up to 80 years!

The African Grey is a social, affectionate, and sweet bird that will become very depressed if neglected. Their intelligence has actually been compared to a 3 or 4-year-old child. So, if you’re looking for a bird that will be able to talk to you over a big part of your life, look no further than the African Grey!

There are many species of the Amazon Parrot, with the Blue-Fronted and the Double Yellow-Headed Amazon Parrots being amongst the more popular pets. These birds can range from medium-sized to large, measuring 10 to 20 inches, and can live 30 to more than 50 years.

Amazons are playful, affectionate, and intelligent birds that are amongst some of the best talkers in the parrot family. However, they need lots of attention and training as they are also prone to destructive behavior if not hand-fed and handled correctly. It’s suggested that a female might work best if you want to avoid the possibility of an aggressive bird.

These tiny birds hail from Australia and are also known as Parakeets and Budgies and are the most popular pet birds worldwide. They are 6 to 8 inches and are probably the shortest-lived parrot on our list, but you can expect them to stay with you for 5 to 18 years.

Budgies are great birds for beginners as they are easy to care for, and they have affectionate and loving personalities. They can also be taught to talk and have been known to learn hundreds of words.

The Caique (pronounced ‘kah-eek’) is a beautiful small parrot that has two species – the White-Bellied and the Black-Headed. These birds average 9 to 10 inches and are known to live for 30 to 40 years.

Caiques are very playful and energetic birds and are known to be the rather clownish goofballs of the bird world. They are very affectionate and love to show off, but they aren’t generally known to be talkers as they tend to prefer singing and whistling.

Cockatiels are just behind Budgies as the second most popular pet bird. They are small parrots at 12 to 13 inches and generally live for 15 to 20 years but have been known to live for up to 30.

Cockatiels are very affectionate and gentle birds that love to spend time with their owners. They are also smart and can learn to mimic certain sounds and tricks, but the males tend to be a little better at mimicry.

There are many species of the Cockatoo – the Sulfur-Crested, Umbrella, Bare-Eyed, Moluccan, and Goffin’s are all of the more popular out of the 21 known species. They are medium to large in size and range from 12 to 24 inches. They live an average of 20 years but can live for as long as 40—occasionally up to 70 years.

Cockatoos are very cuddly and lively birds that form close bonds with their owners. They are also quite loud, and they aren’t quite as good at talking as other parrot species. However, they do a good job at mimicking sounds and speaking some words.

Conures are small to medium parrots that have about 25 different species – the Green-Cheeked and the Sun Conure are probably the most popular as pets. These parrots can range from 10 to 20 inches, depending on the species, and can live for 15 to 20 or more years.

These birds are exceptionally playful, affectionate, and quite loud! They are capable of talking but tend to screech when they are excited or startled. They love attention and will be clownlike in behavior to get that attention, and they can be taught tricks.

Doves are lovely small to medium-sized birds with quite a large variety of species found worldwide. The Diamond and Ring-Necked Doves tend to be the most popular as pets. They are about 10 inches and live for 12 to 15 years and even beyond.

Doves are more hands-off compared to parrots. They can become easily stressed if you handle them when they aren’t ready or willing. If you hand-raise them, they can be social and will take food from your hand. Doves are known for their gentle cooing, which they do a lot of.

The Eclectus Parrot is a large parrot that got its name as a play on the word “eclectic.” The males and the females look decidedly different from each other, which makes these parrots eclectic. They are about 17 to 20 inches and can live an average of 30 to 50 or more years.

The Eclectus Parrot is very affectionate, gentle, and calm and thrives on your attention. They are also very intelligent and are amongst the parrots that make great talkers as they are quick and eager to learn.

The Rainbow Lorikeet is a very colorful and small bird that is a member of the Loriinae family. They are about 10 to 12 inches and can live for 10 to 25 or more years. These birds actually have a very highly specialized diet that includes nectar that they ingest with a unique brush-like tongue. This makes them a better fit for someone with experience taking care of birds.

The Rainbow Lorikeet is a loud and enthusiastic bird that thrives on attention and playtime. They can learn to talk to a degree, but they are very noisy in general, and they are also prone to biting if they are over excited or stressed.

There are many different kinds of Lovebirds, with the Peach-Faced Lovebird having the distinction of being the most popular. They are very small parrots at 5 to 7 inches and can live for 10 to 20 or more years.

Lovebirds are famous for their attachment to another Lovebird, but they actually do very well on their own, provided you give them enough attention and affection. They are capable of talking, but they tend to rarely speak and prefer mimicking sounds. They are very active birds that will actually form a stronger bond with you if they are solitary.

The Macaw family of parrots are probably the most recognizable – particularly the Scarlet, Blue-and-Gold, and the Hyacinth. They can range quite widely in size from 10 inches up to 42 inches and have an average life expectancy of anywhere from 30 to 50 years and as much as 80. The larger the Macaw, the longer the life.

Macaws are very outgoing, active, and playful parrots that are prone to being very noisy. If they aren’t given enough care or attention, they can become very destructive and aggressive. It’s believed that Blue-and-Gold Macaws make the best talkers, but Macaws don’t speak as clearly as some of the other parrots.

Pigeons can make marvelous pet birds, and while there is a multitude of species, the best breeds for pets are Homers, Kings, Tumblers, and Fantails. They can range in size anywhere from 10 to 15 inches and are able to live for up to 15 or more years.

Pigeons are affectionate, loyal, and quite intelligent birds. In fact, they can learn to count and can recognize quite a large variety of words! They make a gentle cooing sound, and they are quite easy to look after.

These small parrots have two popular species – the Blue-Headed and the White-Capped Pionus. They can be 10 to 12 inches and can live an average of 20 to 40 or more years.

The Pionus is a unique parrot as they are easygoing and quiet, and while they are affectionate and love attention, they aren’t overly clingy like many of the other parrots. They can learn to talk but aren’t the best species for talking.

Finally, we have the Senegal Parrot. These small birds can be about 10 inches and can live for 20 to 30 years but have been known to live up to 50.

Senegals can be very friendly, social, and funny birds that are easygoing and charming. They aren’t strong talkers but can learn to speak a variety of words and can mimic noises. They tend to make clucking and whistling sounds and are generally quieter than most other parrots.

Parrots are famous for living for a long time, so it shouldn’t be a surprise that 13 out of the 15 birds on our list are a species of parrot. And aren’t we lucky about that! No matter the pet, we love them and want them to stay with us for as long as possible.

Of course, this also means they are the ultimate long-term commitment pet. You need to be prepared to take care of your parrot for most of your life.