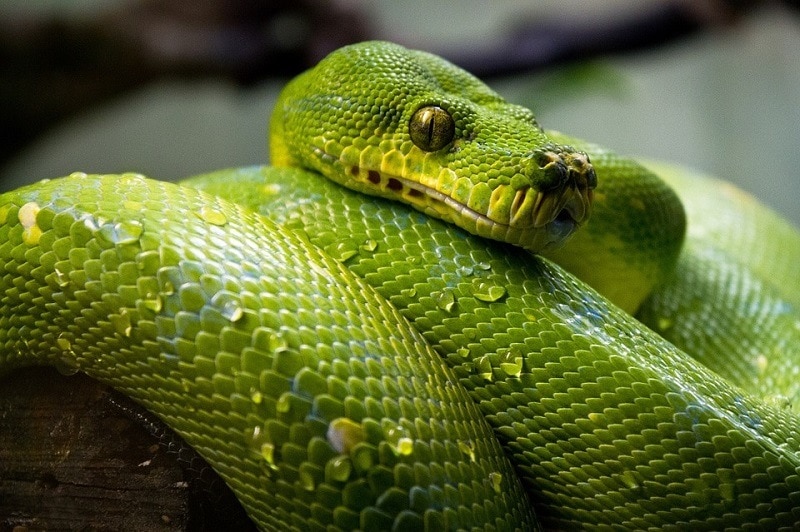 For the right person, there’s no better pet than a snake. As far as pets go, they’re relatively low maintenance and have a multitude of dispositions. If you’re looking for a cool pet just to watch and care for, there’s a snake for you. Alternatively, if you’re looking for a snake that enjoys being handled, there are several varieties perfect for that.

But how much does it cost to get started owning a snake?

It’s very difficult to give you a clear cut answer here. And that’s because there are so many factors that go into it. From the actual cost of the snake to monthly recurring costs, each situation will be uniquely different.

Hopefully, we can shed some light on this situation for you so you can make the best estimate for your new snake.

When it comes to the cost of owning a pet snake, the one-time costs can hold the most sticker shock. But, generally speaking, they’re not as expensive to maintain as other types of pets.

Surprisingly, the price of the actual snake isn’t the biggest expense when getting into herpetology. Snakes are relatively inexpensive. However, the price of your snake will depend on two major criteria.

Some species just cost more. For instance, a standard corn snake is going to cost way less than a Brazilian Rainbow Boa. But if the particular corn snake you’re shopping for has a rare morph (color variant), you can expect to pay a lot more.

It’s very unlikely that you’ll find a pet snake for free. However, you might if you run across someone looking to rehome one. Normally, they’ll only charge you a brief rehoming fee just as proof that you can financially care for one. But, if you’re lucky, all the gear and equipment needed to care for them will come with.

There aren’t too many snakes at your local animal shelter or ASPCA. So adopting one is nearly out of the question.

You’ll normally get your new snake through a breeder or an intermediary pet store. And these prices can differ wildly between species. One thing that holds true, though, is that buying directly from a breeder is often much cheaper than through a third-party marketplace.

However, snake breeders aren’t as common as other animals. Fortunately, snakes can actually be safely sent through the mail and overnighted to your doorstep. This would be a great option for those looking for a very particular snake. Just be sure to have your habitat set up and ready to go.

This is where the bulk of your initial snake costs are going to be. Since they are enclosure bound, they’ll need quite a few one-time investments to get up and running. After that, they’re relatively self-sufficient and don’t require a ton of money afterward.

When it comes to the largest cost of getting a new snake, the enclosure is normally where you’ll spend the most money. Small plastic enclosures can be cheap; however, they can be too small for several species and are only a temporary containment. Also, you may want to upgrade to something nicer looking.

A glass aquarium is a pretty standard setup for most snake owners. It’s not too expensive and provides a nice habitat for your snake. However, the prices of a glass aquarium can vary wildly between sizes.

If you’re looking to get a premium terrarium for your snake, that’s going to be much more expensive. But these typically have quality features such as front opening doors, adjustable ventilation ports, built-in lid and latch, and pre-installed mounting for lights and heat lamps.

But there’s a sneaky cost when it comes to purchasing your snake’s enclosure—the lid. Most of the cheaper enclosures such as the plastic ones or glass aquariums aren’t sold together with the lid. And the lid generally costs just as much as the tank itself.

A lid isn’t something you can go without when raising snakes. They are natural escape artists even when they do have a cover. Without one a lid, it’ll be hard to keep them in for longer than five minutes.

Keeping your snake healthy involves using proper lighting and heating. Fortunately, this doesn’t have to be super expensive. Most of the time, you can satisfy the light requirement through the use of incandescent UVB light bulbs.

As far as heating goes, you’ll probably want an under tank heater. These can vary in price depending on the size of your enclosure and the needs of your snake.

This is the cheapest part of the entire setup. And that’s because you can make or improvise many of these for free. Some snakes don’t require an actual substrate and do just fine on shredded paper towels. Burrowing snakes will need a proper substrate, but the substrate is often very cheap and won’t break the bank.

Hides are something that you can craft and fashion yourself. You may be able to build hides better than the ones you can find at stores for a fraction of the cost. However, if you did need to purchase a hide, they come remarkably cheap.

Water bowls are also extremely cheap. These can be found for pennies on the dollar and won’t hurt anyone’s budget.

Initial startup costs aren’t the only thing you need to factor in. You need to think about the yearly upkeep and maintenance when raising a snake.

Health care costs for a snake can go one of two ways. They’re either small and routine or cost a whole lot. There’s very little in-between.

That’s because most veterinarians won’t actually treat your snake. You’ll need to find a specialist—an exotic pet vet. These vets are often much more expensive than your standard animal doctor.

There aren’t really any vaccines for your snake to receive, but that doesn’t mean they don’t need a checkup every now and then. We recommend an annual checkup with their vet just to be sure that they’re coming along smoothly.

These routine visits can actually catch minor situations and allow you to deal with them quickly. This prevents the ailment from escalating into an expensive emergency.

Out of all the costs you’ll face with your pet snake, this is the one we hate the most. However, these kinds of trips do happen. To minimize these types of visits, be sure to keep your snake’s enclosure clean, their heating and lighting set appropriately, and their bellies full of nutritious food.

Food expenses are the most volatile expenditures when raising a snake. And that’s because it all depends on what type of food you are buying and where you are buying from. Pinky mice for smaller snakes are often extremely inexpensive, and you’ll be able to provide a full meal for extremely cheap. However, as your snake grows larger, it’s going to need more than just pinky mice to survive—and that’s going to cost more.

When it comes to purchasing food for your snakes, your best bet would be purchasing frozen rodents and feeder animals online. There you’ll be able to buy in bulk and for lower prices than your local pet shop.

There are some other costs that you’ll have to keep up with as time goes on. For instance, you’ll need to replace your UVB lighting, substrate, and even your enclosure as your snake gets bigger and bigger.

As you can see, there are so many different factors into snake owning costs. Keep in mind that the cost is completely variable on the species of snake. And the bigger the snake, the higher the expenses will be.

To properly estimate your costs, be sure to do plenty of research on your perspective snake species and what their needs are.

Owning a Pet Snake On a Budget

If you’re looking to be a snake parent on a budget, it’s entirely possible. However, you are going to have to limit your choices. Sticking with a smaller snake could be a good idea as you won’t have to purchase multiple enclosures. Also, their food costs will be much less than their larger cousins.

You can also save on costs by creating your own enclosure décor, hides, and substrate. Doing small things like this can save you big money in the long run if you’re trying to raise a snake on a budget.

We don’t recommend that you’re too miserly when it comes to their lighting and heating considerations though. These are very important factors when it comes to keeping your snake healthy and out of the vet’s office.

Honestly, if you’re looking to save money on taking care of your pet snake, the best thing to do is care for it properly. Outside of an occasional light bulb and food, there aren’t really any major ongoing expenses—unless you get a large growing species.

Most of the large expenses you’ll have to dish out for are veterinary visits. And with a snake, most illnesses and ailments are avoidable by keeping their habitats clean and hospitable. Also, keeping them well-fed with the proper nutrition will ensure they live long, happy lives with minimal vet bills.

Remember, the costs listed here are just an estimation. You may end up spending much more or much less depending on how you raise your snake, which snake you choose, and external circumstances.

But when you look at it in the grand scheme of pets, snakes are relatively low-cost and low maintenance. And some have very docile personalities and love to be handled by their owners. 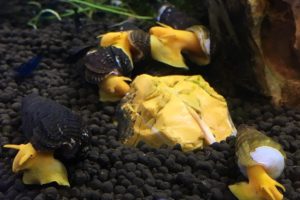