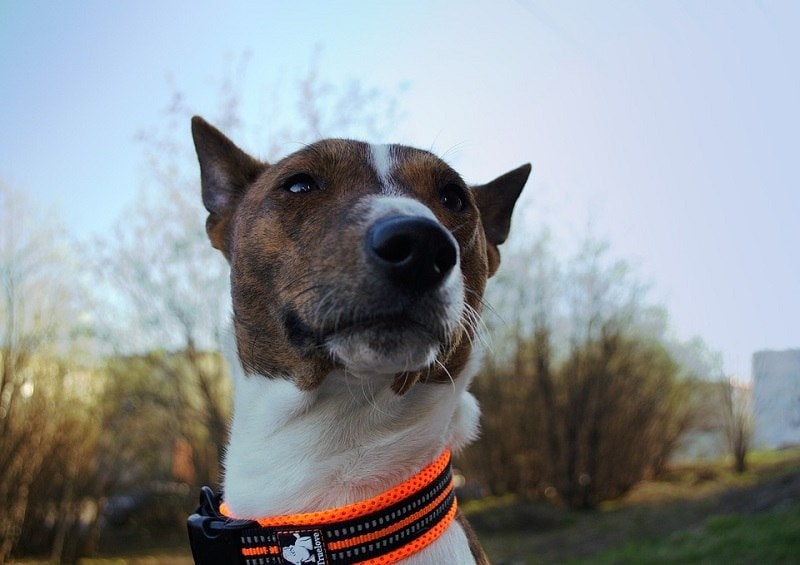 Owning a pet comes with many positives that increase quality of life. They love us and give us something to care for and love in return. However, there can be certain downsides to whatever species you call your own.

These downsides include their cost and maintenance or the time that they require from you daily. Perhaps the worst, however, is the unpleasant odor that emanates from them and their enclosure. Some animals are known for this, while others seem to have left it behind in their gene pool somewhere.

If you live in a smaller space like an apartment, it is especially noticeable if your pet stinks. What are your options in the beginning stages of adoptions for pets that don’t smell as bad? Check out these seven.

The 7 Pets That Don’t Smell

Chinchillas are one of the more adorable animals that have found their way onto this list. These little creatures are furry and soft, but more importantly, they like to keep themselves clean.

Chinchillas do not naturally have much of an odor, and they groom themselves consistently to keep it that way. These little guys can grow to be quite large compared to other rodents.

These little creatures are surprisingly clean, beyond what their reputation would have you to believe. They spend most of their waking hours grooming themselves and do not have a natural odor.

Fancy rats are also social creatures. They love spending time around you and are pleasantly affectionate. If properly cared for with a clean enclosure, fancy rats will not produce much of a smell.

Parakeets, or budgies for most non-Americans, are small, intelligent birds that love to take baths. This preference means that they keep themselves clean and tidy and produce more of a fresh odor that most people enjoy.

Parakeets not only like to take baths but also keep themselves preened and the rest of their enclosure in order. So long as you keep the bottom of their cage clean and restocked with fresh paper, you won’t find an unpleasant smell emanating from them.

Plenty of dogs produce a doggy odor, especially when wet, that most people find unlikeable. However, certain breeds, like the Basenji, have unique coats that do not trap odors within them. It can be great news for people who agree that dogs are a human’s best friend.

Other dogs that fall into this practically odorless category include the Poodle, Maltese, and Huskies. However, out of all of these, the Basenji is the most impressive. They have a short coat and an adorable face that makes them an appealing dog for any active owner. Additionally, they have a unique bark that sounds more like a yodel than anything.

Not only are geckos not that stinky naturally, but they also rely on their lack of smell for survival in the wild. They make great pets because they adapt well to however much attention you want to give them.

The most significant factor in caring for a gecko and keeping their odor to a minimum is keeping their enclosure clean. They will maintain themselves quite well. In fact, if they begin to develop an odor, it is often a sign that they are suffering and should be taken to the vet.

Rabbits are cute options on our list. They can be quite high maintenance as far as house pets go, but they are still quite odorless as a pet. The only facet of a rabbit that stinks is their urine.

Their fur is odorless and doesn’t trap any of the stenches that their home can acquire. Keep it clean, and you will not notice anything affronting your nose, and you get a fuzzy, cuddly pet to play with.

Veering away from the furry, affectionate options on the list are snakes. However, there are exceptions to this rule. Snakes on a whole do not naturally smell. They have scaly skin that doesn’t absorb the scents around them.

However, some species can release a heavy and unpleasant odor if they feel threatened. Either avoid these species when looking into adoption, or keep them feeling safe as often as possible.

Beyond adopting a pet that doesn’t produce a natural odor or whose fur doesn’t suck up the smells around it, there are other methods that you can use to keep them smelling clean. If you notice that your home is starting to smell more like the animals that live in it than the people, take a look at these tips.

1. Keep them and their enclosures clean.

Don’t ignore the state of your pet’s enclosure. Most common pets, except for dogs and cats, are frequently kept in a cage or enclosure. Keeping them contained means that you can keep any messes they make it in place, but it also means that these messes can start to stack up.

To keep it less smelly, try to clean their enclosure more regularly. If you clean it once every other week and there is still an odor coming from it, clean it each week and once a month, give it a deep clean.

2. Change up their diet.

At times, the odor that a pet emits doesn’t necessarily have to be from their cage. If you have a pet that seems to smell more than their species should, try changing up their diet. Slowly switch them from whatever food you were using before and see if it makes a difference for them.

3. Try a new litter or bedding.

Another source that you might need to weed out is their litter or bedding. Depending on how it reacts with the messes that they make during the week, it might be producing a more pungent smell.

Try swapping to a new brand or a different bedding type, depending on what animal you have. Doing so can change everything, making it smell consistently fresher.