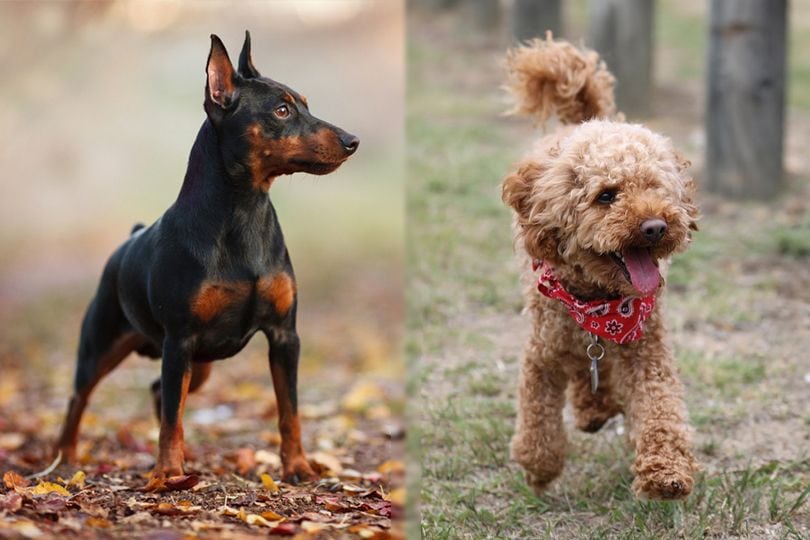 The Pinny-Poo is a small mixed dog being a cross of a Miniature Pinscher and a Poodle (Toy). He has a life span 10 to 15 years and takes part in competitive obedience and watchdog. He is a great dog for a family, couple or single person and he adapts well to apartment living. Other names he is known by are Min Pin Poo, Miniature Pinscherpoo, Pinny-Doodle, Min Pin Doodle and Miniature Pinscherdoodle. He is a sweet and sensible dog.

Where does the Pinny-Poo come from?

In the last two to three decades there has been an increasing trend in owning a designer dog amongst the public and the celebrities. Designer dogs, like the Pinny-Poo are deliberately bred mixed breeds. There are a number of people who are negative about these dogs because they are not purebred. Some perhaps forget that most purebreds were created in just such a way, breeding different breeds together. However designer dogs tend to be two purebreds and the offspring is given a cute blended name and sold. Some are created with a purpose or reason, most are just being created to make money by disreputable breeders. That is the true issue here. To make sure you do not fund puppy mills who have no clue or care about their puppies or dogs.

With no history about the Pinny-Poo or anything known about who, where and why all we can really do is look at the parent breeds but keep in mind while the intention might be to get the best of the parents into the puppies this is not something that can be guaranteed. Even in the same litter variations happen in looks and in temperament.

The Pinny-Poo is an energetic dog and loves going outside, walking and playing and interacting with family. However he is quite sensible too and quiet indoors. He has a sweet temperament, is friendly and social and gets along well with children. He is quite affectionate and loving and can be protective. He will likely follow you around the house as he likes the company but will listen well if you tell him something. His good listening, eagerness to please and intelligence with some stubbornness thrown in means he is moderately easy to train.

He is a small dog only weighing 6 to 10 pounds and being toy sized. His face is usually elongated and with a muzzle that is dark and small round beady eyes. His triangular ears are covered in short hairs and can hang over or stick up. His head can really be shaped like a Poodle or a MinPin. He has a body that can be either thin and long or more husky and short. His coat can be curly and longer like a Poodle or smooth and short like a MinPin. When more like a Poodle’s it is more likely to be hypo-allergenic. Common colors are apricot, white, cream, black, brown or tan.

How active does the Pinny-Poo need to be?

He is a fairly active dog but being small that does not add up to too much so if you are an owner that has not the time or health to be extremely active each day he may be suitable for you. He has energy and enjoys outside time and play time. A walk each day with either play inside if you live in an apartment or play in the yard would be sufficient. Some trips to a dog park now and then would be great. He loves to jump ( and can jump surprisingly high) and dig so make sure if he is in a yard that it is dog proofed! He is very fast so when you let him off leash make sure you know you can get him back.

The Pinny-Poo is not terrible to train at all. He is smart, eager to please, listens well usually but he does have a stubborn side. For some owners he is still easy to train and somethings he can learn quickly. But sometimes he needs some encouragement to get over the willfulness. Firm but positive training methods are key. Be consistent and patient and reward his efforts and praise him. Treats or play, toys or outings are all things he will enjoy. Too often owners of small dogs skip socialization and training thinking it is less important with them. But this is not the case at all. You do not want the poor behavior and small dog syndrome if you do not take a firm approach with this and make it clear you are pack leader.

He can be hypo-allergenic with the right coat as mentioned. He is usually low shedding so there is less clear up to do after him. He will still need brushing but a couple of times a week may be sufficient. He will need a bath when he gets dirty using a dog shampoo. If his coat is long like a Poodle’s he may need regular trips to a groomers to trim it. He needs his ears checked for infection and wiped clean once a week. His nails will need trimming when they get too long being sure to not cut too low. Teeth should be brushed at least twice a week.

The Pinny-Poo is good with children, affectionate and playful but needs to be supervised especially with younger ones to ensure he does not get hurt considering his size. He does also get on well with other pets even cats. However where the socialization comes into play is how he gets on with other dogs as he can be aggressive towards them.

He is an alert dog so will bark to let you know of any intruders. He is not a yappy dog though and otherwise his barking is rare. He can live in most climates and will need to be fed ½ to 1 cup of good quality dry dog food a day split into at least two meals.

To have a healthy dog you need a healthy puppy bought from good breeders who take care of their dogs and who can show you health clearances for the parents. A Pinny-Poo can inherit issues from his parents. Those include Addisons, Cushings, epilepsy, hypothyroidism, patellar luxation, eye problems, Von Willebrands, Legg-Calve-Perthes, Joint dysplasia and skin problems.

Costs involved in owning a Pinny-Poo

A Pinny-Poo puppy can cost between $200 to $650. Other costs you might have to cover if not included with the puppy is blood testing, deworming, vaccinations, neutering, chipping, a crate, carrier bag, leash and collar. These costs come to $360 to $400. There are ongoing costs to be a responsible dog owner. Some basic medical costs will be health check ups, shots, pet insurance and flea prevention which will be between $435 to $550. Other costs for things like toys, treats, license, food and training as well as grooming come to between $525 to $650.

Looking for a Pinny-Poo Puppy Name? Let select one from our list!

The Pinny-Poo is a great dog for almost anyone looking for a smaller dog. He can be active, he can be playful, he can cuddle on your lap and he can also be quiet sometimes. He is a great mix. Just make sure he gets that socialization to help with his issue with other dogs! 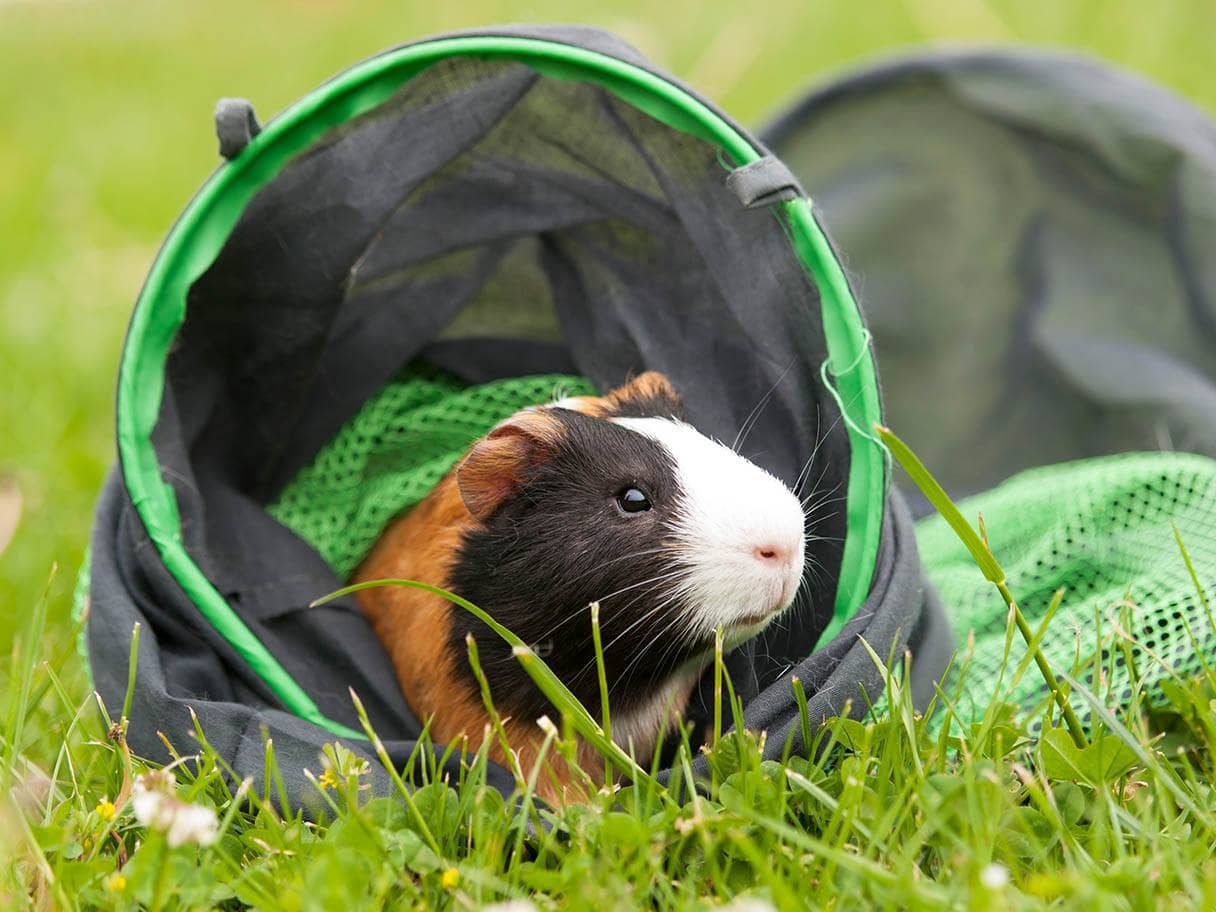 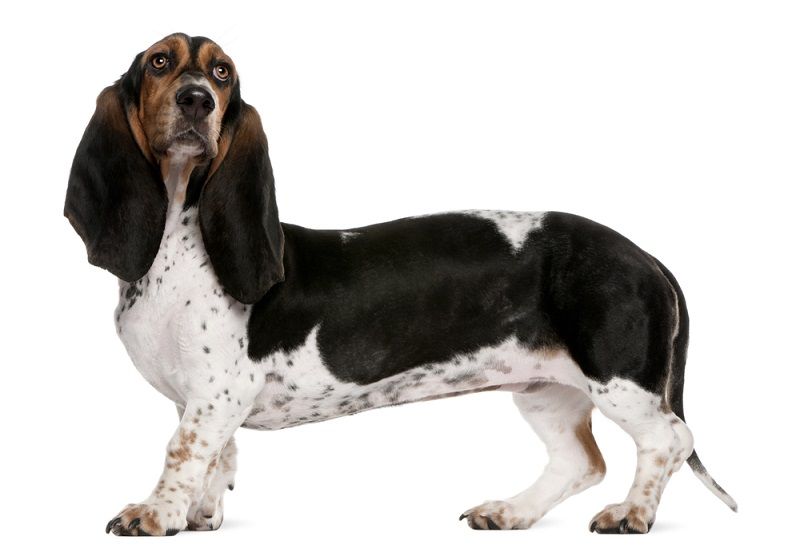 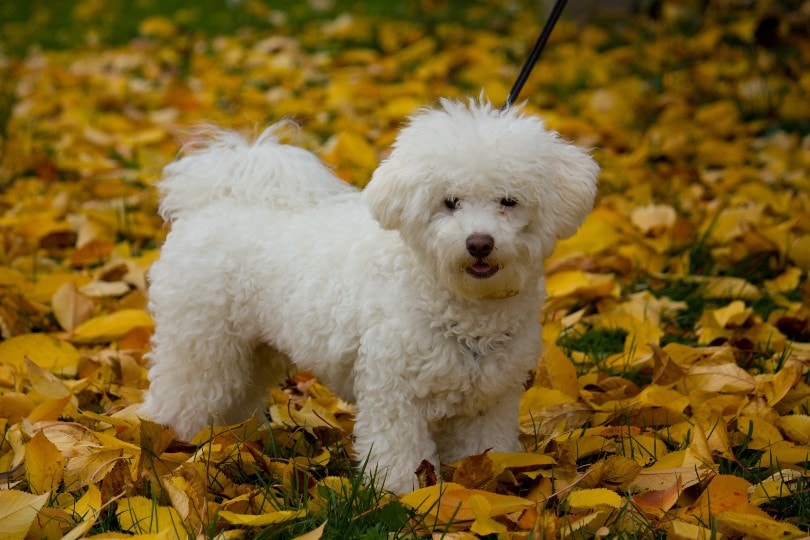