Police Dog Lifespan: How Long Do They Work And Live? 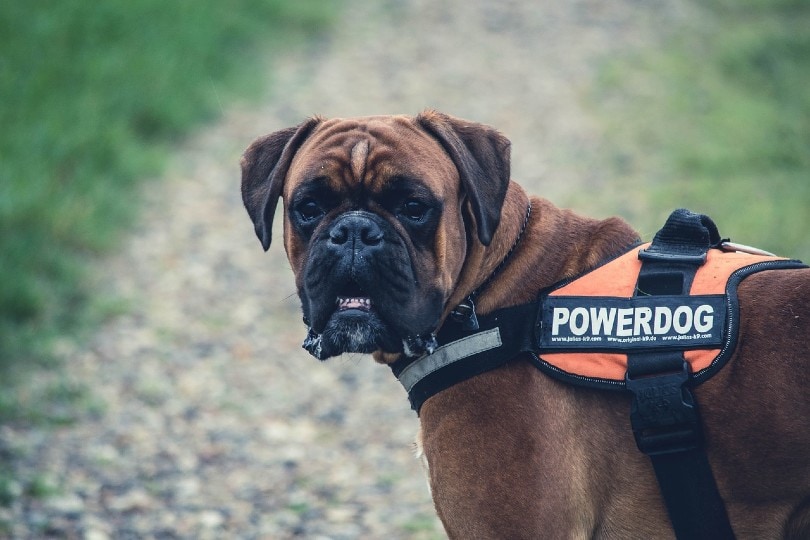 Police officers worldwide rely on canine partners to have their backs and assist in a range of difficult and dangerous tasks. From tracking suspects to sniffing out drugs and weapons, canine officers work hard every day alongside human police forces. Have you ever wondered how long police dogs work and whether their dangerous jobs result in a shorter lifespan?

Read on to learn more about how long police dogs work and live, as well as some factors that may influence these periods.

What’s the Average Lifespan of a Police Dog?

Because so many different breeds are used in police work, the lifespan of these canine officers can vary widely. In general, police dog lifespans can range from 9-15 years.  The demands and dangers of the job can shorten the dog’s lifespan, which we’ll talk more about later in this article.

Police dogs generally start working at around 1 year of age and retire at around 10 years old. Retirement age can vary based on the breed and health of the police dog. Starting age can also vary but most police dogs work for about 8-9 years.

Why Do Some Police Dogs Live Longer Than Others?

Police dogs are working dogs who burn a lot of calories every day. Because of this, their nutritional needs are going to be different from those of a pet dog who spends much of the day sleeping. Most of the time, these dogs need different amounts of protein and fat than non-working dogs.

Ensuring police dogs receive high-quality, correctly balanced nutrition will keep them healthy and allow them to perform their jobs at a high level. This will help keep them safe, as well as the human officers around them.

Police dogs may be exposed to all sorts of different dangerous environments and conditions that could impact their health and lifespan. Obviously, police work is inherently dangerous for humans and canines alike. Canine officers are often the ones who go into potentially deadly situations first, such as seeking potentially armed suspects.

Police dogs can also be exposed to illegal drugs or toxic environments when performing search and rescue or detection work. They may also face a risk of injury, such as being hit by cars, during off-leash chases. On-the-job injuries can shorten both the police dog’s working life, as well as their actual lifespan.

Police dogs are highly trained working animals. The cost of a fully trained police dog can be $12,000-$15,000, not to mention the cost of buying the dogs themselves, many of which are imported from Europe.

Not all police departments can afford the training and continuing education of their police dogs, which may lead to poorly trained dogs who make errors dangerous to themselves and others.

In addition, the dog is only as effective as their human handler, and many dogs are put in danger by inexperienced police officers. Misuse and excessive force issues can also occur with police dogs, leading to civil lawsuits, injuries, and the early retirement of some canine officers.

The majority of police dogs are large breeds, such as German Shepherds, Belgian Malinois, or Labrador Retrievers. Large dogs naturally age faster than small dogs, leading to a shorter lifespan.

Traditionally, male dogs were used more often in police work but female dogs are becoming more common. Studies have indicated that there isn’t much difference in lifespan between male and female dogs.

However, dogs of both sexes who have been spayed or neutered do tend to live longer. Female police dogs are generally always spayed to avoid having to deal with heat cycles on the job. Not all male police dogs are neutered, which could lead to a shorter lifespan.

Genetic and inherited health conditions are an issue in many of the breeds used for police work. Because police dogs are such a major investment, the highest quality dogs possible are chosen. European bloodlines and breeding standards generally produce genetically superior dogs to those bred in America.

Most police dogs continue to be imported from Europe, although many dedicated American breeders are working hard to improve their dogs.

Routine healthcare is vital for working animals like police dogs. The last thing police departments want is their valuable canine officers sidelined by a preventable disease or condition. Vaccinations, deworming, heartworm, and flea preventatives are all necessary to keep police dogs healthy and working as long as possible.

After police dogs retire, they may suffer from lingering physical and mental conditions related to the challenges of their job. Dedicated post-retirement healthcare can help ensure police dogs get to enjoy the relaxation they deserve after a life of service. Regular senior dog screenings as recommended by veterinarians can help catch any problems early and allow the police dog to live to its expected lifespan.

The 6 Life Stages of a Police Dog

A police dog is considered a puppy from birth until they reach sexual maturity, usually around 6 months old. Puppies are weaned at about 6-8 weeks of age.

Future police pups generally go through a lot of early training, socialization, and evaluation starting as early as 8 weeks old. Police puppies may be raised by trainers, police officers themselves, or private citizens who volunteer their services.

From 6 months until they are fully grown at about 1 year, police dogs are considered adolescents. They are still growing and learning but tend to be out of the super-curious puppy stage. Early training continues during this stage.

Not every puppy is cut out for police work. Experienced trainers are constantly evaluating dogs at this stage to determine if they can move forward with specific police training.

Police dogs reach adulthood at about 1 year of age, depending on their breed. Around this time, most police dogs begin their formal training.

At this stage, their bodies are now physically mature enough to handle the strain of training. They are also calmer and have the attention span to tolerate more intense learning. This stage generally lasts from 1-7 years of age.

After 7 years of age, the police dog is considered middle-aged. They may start to show some signs of aging, especially those who’ve had physically demanding careers. At this point, police dogs are probably about 2-3 years away from retirement.

Police dogs are considered seniors once they reach the last quarter of their life expectancy. For some breeds, the mature stage and senior stage overlap somewhat. Many senior police dogs are already retired. They still need plenty of physical and mental exercise to keep them sharp and healthy.

How To Tell Your Police Dog’s Age

Because police dogs are usually purchased from breeders or trainers, their age is usually known based on actual records. However, there are organizations dedicated to training shelter or rescue dogs for police work. These dogs may have an unknown history, making their age harder to determine.

Accurately aging a dog can be tricky, but most of the time veterinarians rely on the dog’s teeth to make the estimate. This method is easiest and most accurate before the dog reaches 1 year of age. Past this age, vets will look at the appearance of the dog’s teeth and gums, which are impacted both by genetics and the quality of dental care.

Other physical signs of aging, such as gray hair on the face or changes to the eyes, can help tell the age of a police dog.

Working police dogs are a vital part of law enforcement operations worldwide, although their use is not without controversy. Police dogs are exposed to a variety of working conditions that can impact the length of their working life, as well as their overall lifespan.

Once their working career of 8-9 years is over, police dogs retire and are adopted, often by their handlers. They spend the rest of their variable lifespan enjoying life as pets!