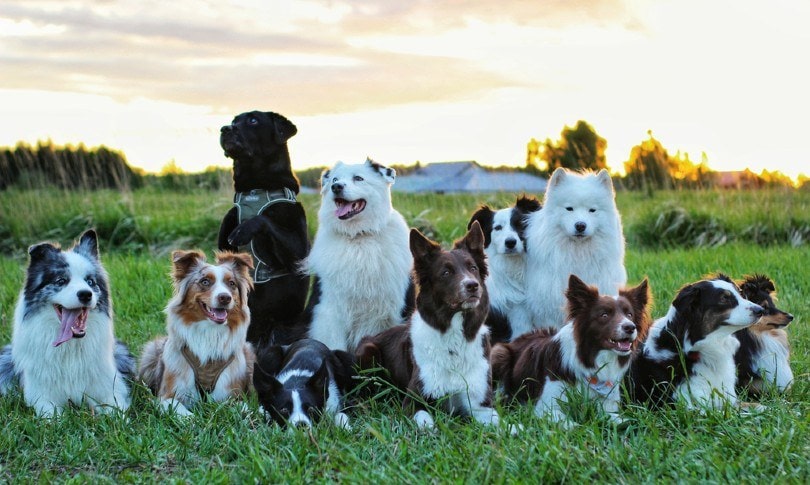 It can be surprising to learn how much work goes into breeding a dog. It’s enough to be a full-time job!

One of the things that can take the most time and effort is performing all the necessary pre-breeding tests and screenings. Since they’re essential for ensuring a successful breeding, you can’t exactly skip them.

Here, we fill you in on all the business that needs to happen before your dog can get down to their own business.

Not every dog is healthy enough to be bred. Some have hereditary conditions that shouldn’t be passed down, while others might have issues that make them unlikely to handle pregnancy well. In addition to checking out your pup, your vet can also let you know what other tests should be performed.

Some dogs don’t have any diseases yet still aren’t in good enough shape to breed. This is usually due to being underweight, overweight, too old, or too young.

While you’re there, make sure your pooch is up to date on all their vaccines. If they’re missing one or if they’re suffering from an easily resolved health issue, now is the time to clear it up.

Different breeds can be prone to different diseases. Your vet should be able to tell you which screenings need to be performed on your pup, but these can include:

Most of these tests are to rule out genetic conditions that are likely to be hereditary. These can vary from breed to breed, though, and there are far too many to list here (although the AKC maintains their own list), so ask your vet for guidance for your particular situation.

The brucellosis screening is important. Brucellosis is a bacterial sexually-transmitted disease, and it can cause infertility and spontaneous abortions. As a result, it’s usually not something that you want tagging along during the breeding process. Unfortunately, while the disease can be managed somewhat with antibiotics, most dogs who get it are considered infected for life and are therefore not suitable as breeding partners.

Many breeders recommend performing temperament tests on both parents in order to give prospective puppy owners an idea of how their new (expensive) dog will behave. These tests aren’t standardized, though, and in many cases, represent little more than a semi-educated guess.

Testing may include therapy dog testing to see if the animals would have the potential to be used as working dogs, or they may see how the parents react to children and other pets.

However, every dog is an individual, and a pup with relaxed and friendly parents could end up being a holy terror and vice versa. While these tests may give you some idea of what to expect, they should be taken with a grain of salt (if they’re taken at all).

You may be better off relying on general knowledge of the breed to give you an idea of what the future holds for your puppies. If you’re breeding an active dog like a Labrador, it’s unlikely that they’ll give birth to a bunch of couch potato puppies (but the possibility can’t be totally ruled out).

While it may seem counterintuitive to subject your dog to a battery of tests to determine if they’re capable of doing something that’s typically natural, it’s always better to be sure than to risk your dog’s health (or that of their puppies).

Not every test mentioned is necessary, but you should err on the side of caution when deciding which ones to skip or perform. The last thing that you want is a litter of puppies with birth defects, especially when such a thing can be easily avoided nowadays.