The Schweenie is a small cross breed with an expected life span of between 12 and 15 years. He is an intelligent and sweet dog and is the offspring resulting from breeding a Shih Tzu with a Dachshund. He makes a good companion dog as he does not need as much exercise as some dogs and is also moderately easy to train.

He loves people and will likely always want to be in the same room as you even though he can be independent sometimes. He is a calm guy but should have early socialization to help his interactions and new experiences go better. He could be a good family dog or a great companion to almost anyone.

Where does the Schweenie come from?

Being a designer dog the Schweenie is not part of the AKC which is for recognized purebreds only. ‘Designer’ dogs is a word recently used to describe the mixed dogs being deliberately created mostly over the last 30 years or so. While some of these dogs are bred by good breeders a lot come from puppy mills and bad breeders just looking for profit. Some have origins known about them but most do not. For that reason we look at the parents as a source of information too. The Schweenie could have any traits or looks from either parent, there are no guarantees in this kind of breeding despite promises your breeder might make.

Bred in Germany the Dachshund is a dog bred to hunt den animals like badgers and foxes. When in a pack he could also help with hunting larger animals like wild boar or deer. He was developed in the 15th century and his size depended on what he was going to be hunting. It was not until the 19th century that he began to be bred with companionship in mind too. At the end of that century he came to America.

This is a bold, clever and lively dog today with quite a stubborn streak! He can actually be a little bold sometimes in fact. When not getting his own way he will enjoy a cuddle. There are 3 coat types and sometimes that can be an indicator of personality too. Wirehaired Dachshund tend to be more adventurous and cheeky, Longhairs tend to be more even tempered and the Smooths have a mix of both. A shy Dachshund is a sign of a poor breeding and a poor line.

Coming from China or Tibet this is an old breed who were valued as companion dogs. Called little lion dogs they were intelligent, cheerful and gentle. It was not until the early 20th century that a breeding pair came to England and they were bred there. In 1928 he was recognized by the kennel club there and the Americans recognized him as a breed in 1969.

The Shih-Tzu today is still very much a friendly companion dog. He wants to please and be with you, he is very affectionate and loves to receive it too. He will spend as much time as he can in your lap and is a happy little dog when he has lots of attention. He can be lively and likes to play.

The Schweenie is a sweet and gentle dog who is very loyal and loving. He is smart, he loves his treats and he loves to chew. While he does enjoy a cuddle and getting affection it tends to be when he wants it and his own terms. He does have a stubborn side and can be quite verbal. He loves it when people and family are all around as he is very social. Being inquisitive is also a common trait in Schweenies but he can be moody. He can also suffer from separation anxiety if left alone for long periods.

He is a small dog weighing 9 to 20 pounds and standing 11 to 20 inches tall. He has a longer length like the Dachshund with broad shoulders and short legs. His eyes are dark, he has floppy ears, a long, thin, curved tail and big feet. His coat can be long and silky like that Shih Tzu, short and shiny or even medium length and a little ragged. Common colors are browns, golden, white, black, cream and orange.

How active does the Schweenie need to be?

This is a slightly active dog, he will not need a lot of activity to be happy and stay in shape which makes him well suited to owners themselves who tend to be less active for whatever reason. He loves to play and some of his indoor play time can go towards his physical needs. His size means he is adaptable to living in an apartment and a yard is not needed but a nice bonus. About 20 to 30 minutes a day of walks should be enough for him and occasional trips to a dog park a nice treat.

He is moderately easy to train but it will come gradually partly because of his stubborn streak. Use positive methods, be firm but consistent and fair. Use treats and praise and other rewards to encourage him. He can be harder to house train though so that may take a longer. He should be given early socialization and training so that he can be the best dog that he can be.

There is a moderate amount of maintenance in owning a Schweenie. His different coats means he could be anything from a light to moderate shedder. He may even need regular trimming at a groomers every couple of months or so. Brushing for the long coat should be done daily to keep the tangles at bay, the shorter coat is a little less time intensive. He can be given a bath when he needs it, too often and it can actually damage her natural skin oils. Brush his teeth two to three times a week and check his ears and wipe them clean once a week. His nails will need to be clipped when they get too long, as you need to do this carefully it may be another thing you opt to leave to the groomers.

He gets along with other dogs and pets fine though he may have a tendency to chase smaller animals as if they were his prey. His interactions with children can be very good with socialization and training, and when raised with them, especially when it is time to play.

He can be something between an occasional to frequent barker so if noise is an issue where you live he may not be the best pet for you. He should be fed ¾ to 1 1/2 cups of good quality dry dog food a day that is split into a couple of meals.

There are health concerns that the Schweenie can inherit from their parents or be more prone to. They include IVDD, Epilepsy, Eye problems, Bloat, Cushings, Diabetes, Deafness, Patellar Luxation, Kidney and bladder problems, liver problems, Umbilical hernia, Allergies, Hip Dysplasia, ear infections, dental problems, Snuffles and reverse sneezing. Visit the puppy at the breeders so that you can see the conditions it is kept in and the health of other animals there. Also ask to see health clearances for the parents.

Costs involved in owning a Schweenie

The Schweenie puppy can cost between $75 to $900. Other costs come between $455 to $500 for things like deworming, blood tests, micro chipping, neutering, shots, collar and leash, crate and a carrier. Yearly costs for essential medical things like check ups, flea prevention, vaccinations and pet insurance come to between $460 to $560. Yearly costs for non medical essentials like toys, treats, food, training, license and grooming come to between $655 to $755.

Looking for a Schweenie Puppy Name? Let select one from our list! 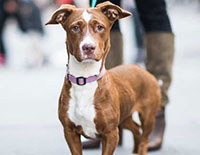 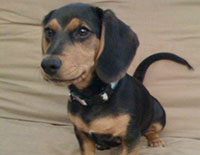 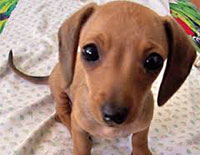 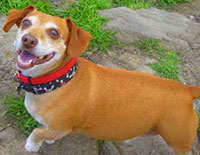 Miniature Schnauzer and the Dachshund Mix 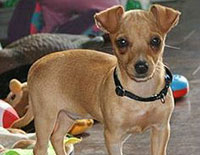 Dachshund and the Rat Terrier Mix 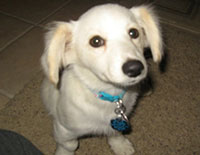 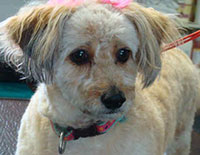 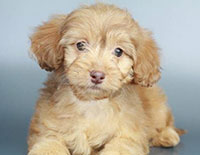