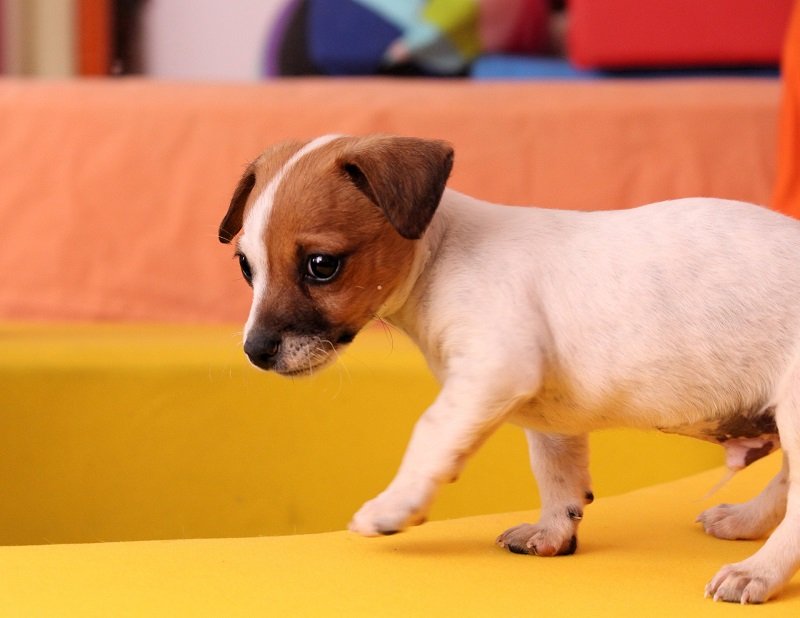 The Scotchi is a mixed dog, its parents being two purebreds, the Chihuahua and the Scottish Terrier. He is also known as Scotchahua, a Chihuahua/Scottish Terrier Mix and a Scottie Chihuahua. He is a small cross with a life span of 12 to 15 years. He is a bold and confident but is very needy and will expect to get a lot of attention and affection from you.

The Scotchi is a bold, and confident dog who will offer the right owner companionship and affection. He will be loyal but he will also be needy. He will want your attention often and he will follow you around the house. He will need early socialization as he is not good around other dogs and sometimes not around other pets either.

Where does the Scotchi come from?

The Scotchi is one of hundreds of deliberately bred first generation mixed dogs, now being called Designer dogs. Usually bred using two different purebreds these dogs are being given names that blend those parent’s names together. A lot of people are looking for unusual mixes, thanks in part to celebrities also owning them and being seen with them. This trend has a mixed reception from dog lovers as there are many concerned over the amount of puppy mills springing up as a result and the crazy prices that are being charged for them. As most designer dogs do not have origins known we look at the parents backgrounds to get a better feel for their offspring. Keep in mind that there can be any mix of traits and looks from either parent with first generation breeding.

While it is known that the Scottish Terrier is an old breed the actual details of his origins and not known. It was a hunting dog and it is thought he has ancestors dating back to the Roman invasion of Britain when reference to a small dog is found in some of the writings. The term terrarii was given to the dogs meaning worker of the earth. In the 1600s James I sent some to France as a gift to the French King. His love of the breed increased their popularity. In the 1800s the many terriers in Scotland were split into two groups, the Skye terriers and the Dandie Dinmont Terriers. The Scottish Terrier is in the former group.

Today it is a serious dog with a great deal of independence and reserve. He is smart but while aloof with others he is loving with his family. His devotion is well known but he is a sensitive dog. He adapts well to whatever his owners are feeling. His history of hunting means he still likes to chase smaller animals and if provoked by other dogs he will fight.

The Scotchi is an energetic and happy dog who loves to have fun and play. He likes to laze around in the sun, burrow into blankets like most Chihuahuas and cuddle on your lap. He is bold and very confident but does have the yappiness some small dogs have, which will need to be trained to control. Wherever you go he will likely go too and he tends to bond more closely with one owner, being very devoted. He is a feisty dog and can be aggressive sometimes. With his owners he is sweet and demanding, he loves to receive attention. He is wary around strangers and takes his time to decide whether he is accepting of them. He is sensitive and alert, tough and charming.

This is a small dog weighing 16 to 20 pounds and standing 8 to 11 inches tall. He has a mix of both parents in his looks, often having a face like the terrier with bushy eyebrows and the beard, but then having ears like a Chihuahua. He has a long tail, long legs and a coat that can be short or longer, wiry or soft. Common colors are black, tan, brown and white. His body is sturdy and he has almond shaped eyes and a dark nose.

How active does the Scotchi need to be?

As a small dog he is great for apartment living, but he will still need outside time every day. A well fenced in yard if you have one is a great place for him to play but it is not a requirement in owning him. As a slightly active dog his indoor play plus at least one brisk walk a day should be enough for him. Make sure he gets mental and physical stimulation to ensure he is happy and healthy.

The Scotchi is not a super easy dog to train as he can be stubborn and he is not the smartest dog around. Because he has aggression towards other animals and dogs though obedience training and early socialization are very important when you own a Scotchi. Be patient and consistent and stay firm making it clear you are the pack leader. Use positive techniques and include leash training in your sessions. Because of the time and experience training him may take he is best not with a first time owner.

The Scotchi can be short haired, wiry or even longer haired. The short and long hair versions will shed more than the wiry version so shedding can vary from low to moderate. He will need a brush two to three times a week and a bath just when he is really smelly and dirty. Bathing dogs too often can actually cause dry skin problems as it damages the natural oils. Brush his teeth at least twice a week using a dog toothbrush and toothpaste. Check his ears once a week and give them a wipe clean. His nails will need to be clipped when they get too long but as care needs to be taken here this could be left to a professional.

He is good with children generally being playful and active with them but also being affectionate and loving towards them. He is not as good with other pets and smaller animals as he tends to chase them, something he still has from his terrier background. He also does not get on well with other dogs, something he gets from the Chihuahua side so socialization for both those areas is important.

He barks occasionally but he is not the best of watchdogs and may not always alert you to something. He will need to be fed ¾ to 1 1/2 cups of good quality dry dog food each day. This should be divided into two meals at least.

There are health issues to be aware of that the Scotchi could inherit from his parents such as Patellar Luxation, Hypoglycemia, Heart problems, Von Willebrand’s Disease, Craniomandibular osteopathy, Open Fontanel, Collapsed Trachea, Hydrocephalus, Shivering and Scottie Cramp. Make sure you ask for parental health clearances for both parents and visit the puppy before you purchase and this will increase the odds of having a healthier pet.

Costs involved in owning a Scotchi

Looking for a Scotchi Puppy Name? Let select one from our list!