10 Smallest Rabbit Breeds in the World 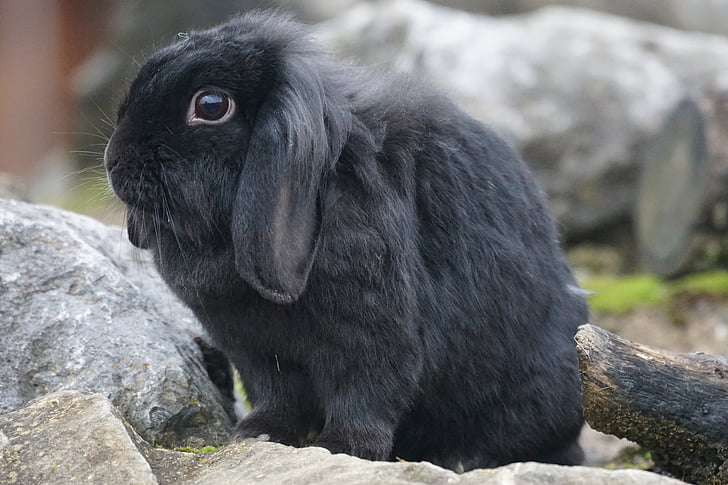 Rabbits already have quite a bit of cuteness, but when they’re small enough to fit into the palm of your hand, it only ups that level of charm. It’s hard to resist those big, wide eyes paired with their little round furry bodies.

We’ve listed the 10 smallest rabbit breeds in the world. They all weigh all under 6 pounds. While these adorable little bundles seem similar, they come in a variety of different colorings, coat types, and temperaments. Most of the rabbits on our list make wonderful pets and are popular as show rabbits, recognized by ARBA (American Rabbit Breeders Association).

The 10 Smallest Rabbit Breeds in the World:

One of the smallest rabbit breeds in the world, the Netherland Dwarf matures to a weight of between 1 pound to 2½ pounds. These compact, little rabbits have a short neck with heads as big as their bodies, big eyes, and tiny upright ears. They have a thick, glossy, short coat that comes in a variety of colors. The Netherland Dwarf has become one of the most popular rabbit breeds in the world and is recognized by ARBA as a show rabbit. Although they are sweet natured, the Netherland Dwarf is not well-suited for young children. They have a skittish, shy temperament and tend to nip.

Despite its name, the Polish rabbit breed traces its origins to Britain and not to Poland. This small rabbit breed, weighing between 2.5-3.5 pounds, has a round body covered in short, soft, flyback fur, large eyes, and small, upright ears. Popular as a show rabbit, the Polish rabbit breed is recognized by ARBA in six color varieties. Polish rabbits make wonderful pets that love to be picked up and remain affectionate throughout their five to six-year lifespan. This calm and friendly rabbit breed can live longer, eight to 10 years, if they’re spayed or neutered.

The Dwarf Hotot rabbit breed is easy to identify by its pure white coat in contrast to its black eye markings that resemble eyeliner. Weighing only 2.5-3.5 pounds, Dwarf Hotots have short ears and a dense, shiny rollback coat. Dwarf Hotots were developed in Germany by combining the Blanc de Hotot with a dwarfed breed. Popular as a show rabbit, this breed has been recognized by the ARBA since 1983. Dwarf Hotots have a sweet, playful, and energetic nature. As a pet, once they’re accustomed to being handled, they’re affectionate and friendly.

Originating in Belgium, the Lionhead rabbit breed gained their well-suited name from their lion-like mane of wool fur that encircles their high mounted head and neck area. With short, furry ears and compact, upright bodies, this small rabbit breed weighs just under 4 pounds. The Lionhead has thick fur that comes in a variety of colors. One of the most popular pet rabbit breeds, the Lionhead has an outgoing personality, an energetic disposition, and a friendly nature that is tolerant to children. As a show rabbit, in 2018, a Lionhead was awarded Best in Show at the ARBA Convention.

At 3-4 pounds, The American Fuzzy Lop is a small rabbit with a flat “bulldog” face and ears that lop to either side. They have a stout body with a broad chest. Known as “The Head of Fancy,” the American Fuzzy Lop has a wool coat that comes in various colors and can be collected and spun into yarn. This sweet-tempered, playful, active rabbit is well suited as a pet if given the proper care. Popular as a show rabbit, this breed is recognized breed by ARBA.

Ranging in weight from 1 pound to over 3 pounds, the Jersey Wooly is one of the smallest rabbits in the world. This rabbit breed was developed by Bonnie Seeley, who crossbred to create a small rabbit with a wooly coat. The Jersey Wooly has a compact build, upright ears, and a square head described often and lovingly as a “Mug Head.” Their short hair comes in a variety of colors. Recognized by ARBA, this rabbit breed is popular as a show rabbit or as a pet. Jersey Wooly rabbits have a gentle nature in that they’re not known to kick or bite their handler.

Developed in the Netherlands as the smallest out of all the lop-eared breeds, the Holland Lop weighs only 2 to 4 pounds. They have a stocky body shape, a large head, and long, furry lopped ears that widen at the bottom. Their fluffy rollback coat comes in a variety of colors and is dense, medium length, and soft. One of the most unique characteristics is a “crown” of fur along the back of their head. Lively, curious, and sweet, the Holland Lop makes a wonderful pet that adores playful interaction. As a show rabbit, they’re one of the top five most popular breeds in the ARBA.

With a full arch body shape, the Britannia Petite rabbit breed resembles a tiny hare, weighing only a little over 2 pounds. They have a narrow head with large eyes and pointed, upright ears. Their short, soft coats come in a variety of colors. As a show rabbit, the Britannia Petite is among the smallest breeds of rabbits recognized by the ARBA. However, this rabbit breed is best suited in competitions involving jumping obstacles due to their active and energetic temperaments. As a pet, Britannia Petites tend to nip and can be high-strung. Not for inexperienced owners, these rabbits need plenty of outdoor time.