11 Smells That Cats Love (And Some They Don’t!) 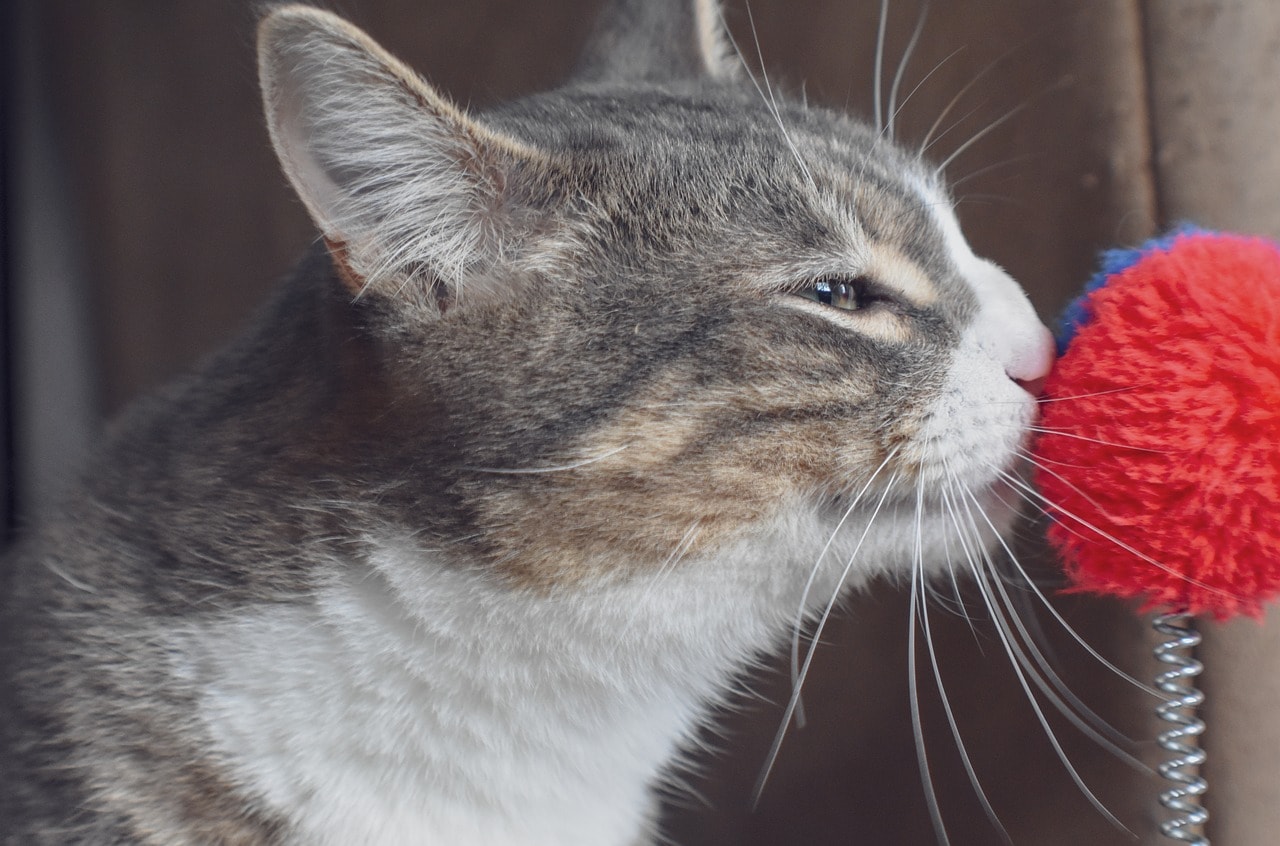 If you ask your friends what their favorite smells are, you’d probably get a range of answers from coffee to fresh-cut grass to clean laundry. The sense of smell may not be as important to humans as sight and hearing, but that doesn’t mean we don’t enjoy a nice fragrance.

Cats have a sense of smell 14 times stronger than humans and, unlike us, they rely on scent to do everything from warning them of danger to saying hello to new kitty friends. So, what smells do these talented sniffers find most appealing? Here are 11 smells that cats love and a few extra scents that they just can’t stand!

Your scent makes your cat feel safe and content and they certainly love it. Even when you think your cat could care less about your existence so long as their food bowl is filled, rest assured they still love your smell. This is one reason your cat may love to sleep with you, head butt you, or snooze in your laundry basket among your clothes.

This is probably the smell that first comes to mind when you think of popular cat scents. The smell of catnip can have a range of effects on your cat, from making them hyperactive to putting them in a state of euphoria. This reaction comes from a chemical called nepetalactone, which triggers a scent-based response in the cat’s brain.

Catnip is such a favored smell for most cats that it can be found in everything from cat toys to training products. However, only 50%-70% of cats have a reaction to the smell of catnip, so there’s a fair chance your cat could be one of them.

Cats who live exclusively indoors especially love the smell of fresh air wafting from an open window. Outdoors is a whole new world with ever-changing wind currents bringing with them the scents of the other animals and people and plants who inhabit it. Opening windows is a nice way to enrich the lives of your indoor cats while letting them live where they are safest.

Honeysuckle is a common wild and cultivated plant that is available in over 180 varieties. One of those species, Tatarian honeysuckle, has a scent that many cats love. The smell of this honeysuckle has a similar effect on some cats as does catnip, often making them calm and relaxed. Some parts of the honeysuckle plant are toxic to cats if eaten, so use caution when allowing your kitty to enjoy this scent.

This might seem like an odd one, but many cats love the smell of olives and olive oil. Like honeysuckle, olives contain a chemical that is similar to nepetalactone in catnip. The smell often produces an excited or euphoric reaction in cats, which they may demonstrate by rolling excitedly on the floor.

If your cat is a fan of the smell of olives, they might love the taste as well but be careful not to let them eat too many because olives are high in salt and fat.

Silvervine is a climbing plant in the kiwi family found in the mountains of Asia where its appeal to cats has been known for centuries. The smell of this plant causes a similar reaction as catnip in many cats. In fact, some cats who don’t care for catnip love the scent of silvervine.

Valerian root is part of an herb that is commonly used in humans for sleep disorders and anxiety. In cats, the smell of valerian can be exciting, much like the more intense reactions they have to catnip. Valerian root has been studied, along with silvervine and honeysuckle, as a catnip alternative and does seem to appeal to cats who don’t care for the more commonly-used kitty scent.

One favorite smell that many cats and humans can agree on is the scent of roses. While many flowers are not safe for cats, roses not only smell good to cats but are safe to chew on as well. Just do them a favor and trim the thorns off first!

This is another scent that might seem a bit strange for cats to enjoy. However, many cat owners have noticed that their cats seem drawn to eating cantaloupe and scent is the major attraction to this fruit. It’s thought that cantaloupe smells similar to meat to cats because many of the compounds that give meat its scent are also found in smaller amounts in cantaloupe.

If you enjoy growing herbs outdoors or on sunny countertops indoors, your cat would love it if basil was one of them. Basil is closely related to catnip and many cats love to smell and chew on the leaves of this plant. Thankfully, basil not only smells good to cats but it’s also non-toxic although you shouldn’t let your cat eat too much in case it upsets their stomach.

Your food, their food, or the smells drifting over from your neighbor’s big summer cookout, your cat will probably love them all! Unsurprisingly, cats particularly seem to love the smells of fish and meat. Enjoying the smells of human food isn’t a problem for your cat but be careful how much you let them eat for their health and well-being.

Now that we’ve listed 11 smells your cat may enjoy, what are some scents that they will probably hate?

Cats tend to dislike really strong fragrances like those in air fresheners, soaps, or scented litter. This is why unscented litter is the preferred choice for cat boxes. Some specific scents that most cats don’t like include the following:

Many of these scents are used as natural cat deterrents or training tools, particularly for those trying to keep stray cats from using their garden or yard as a public toilet!

While their noses aren’t as sensitive as dogs, cats still rely heavily on their sense of smell to help them make their way in their world. Like humans, cats have particular smells that they like and dislike and even some that produce strong, chemical responses. Surrounding your cat with different smells that they enjoy is a great way to make their lives more interesting and enjoyable.