How to Manage Territorial Aggression in Dogs 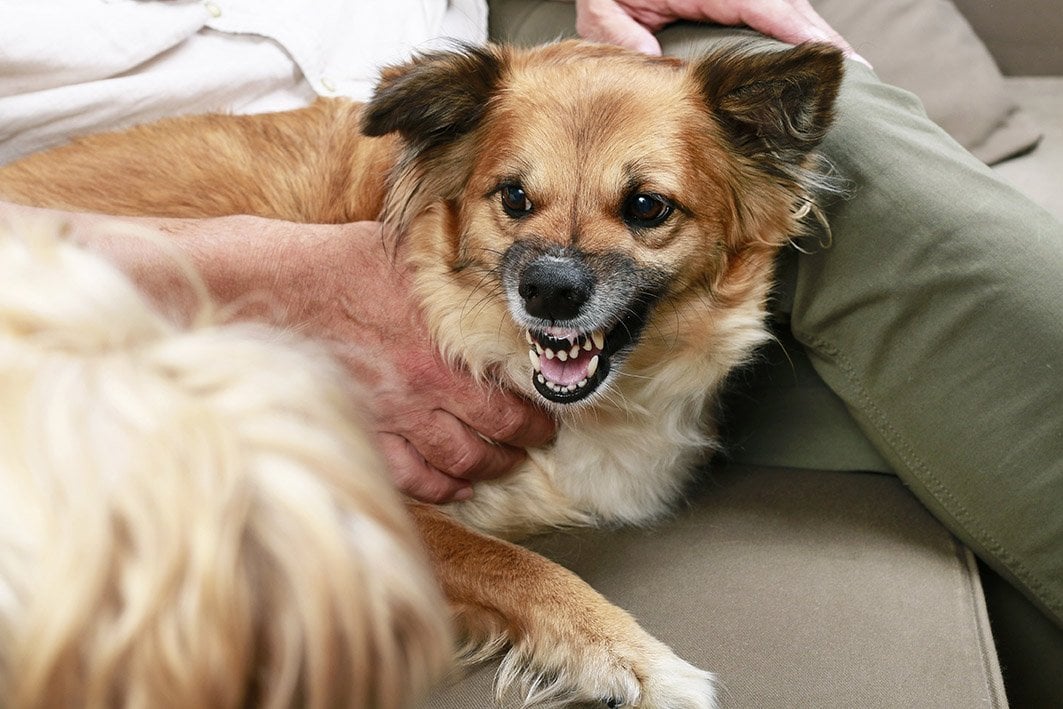 Does your dog incessantly bark at every single thing that even comes remotely close to the house or yard? Whether it’s a little bird or a delivery man, some dogs bark like crazy at every perceived threat. When your dog is acting this way, it’s being territorial, trying to let the approaching creature know that this space belongs to your dog and its pack and they shouldn’t come near.

Territorial behavior is normal in dogs, but when it turns into aggression, it can start to become a problem. There’s even the potential for your dog to hurt someone that comes onto your property, which could open up a litany of headaches for you and could be even worse for your dog. Luckily, you can help avoid this problem with a little bit of training and preplanning.

What Is Territorial Aggression in Dogs?

There are many types of aggression that dogs can exhibit, but territorial aggression is one of the most sensible types, as territorial behaviors are ingrained in a dog’s genes. Territorial aggression is aggression your dog exhibits when people or other animals are getting too close to the space that your dog perceives as belonging to it. Your dog believes it needs to protect its things and home, so it turns to aggressive tactics, attempting to deter the offending person or animal.

Why Are Dogs Territorial?

Territorial behaviors are natural for dogs. They’re a survival instinct that’s aimed at keeping the dog’s resources safe. Over the centuries, having resources stockpiled has meant a higher chance of survival for dogs, which is also why many dogs bury things in the yard.

Granted, today, there’s not as much need for such behaviors. In fact, for most dogs, there’s no need for territorial behaviors at all, even though they can sometimes be a blessing. For example, when your dog barks to alert you that a stranger is approaching the house. But when your dog starts going crazy at every little intrusion, you know that its territorial behavior is getting a bit out of hand.

Scent marking or urine marking is one of the most common territorial behaviors that you’ll see in dogs, particularly males. This is when a dog picks up its leg in order to urinate on an object. It’s not just peeing, however. The dog is marking its territory, leaving a strong scent marker to indicate to other animals that this is his space now.

If you have a male dog, you’ll probably see it marking its territory all around your yard. It will urinate on just about everything. Bushes, fences, flowers, trees, chairs; pretty much anything in the yard is fair game to your dog, which is the biggest annoyance of scent marking overall.

Getting your dog fixed can go a long way towards preventing urine marking, especially if you get it done early enough in your dog’s life.

There are many causes of territorial aggression, but one of the most common is simply poor socialization. Proper socialization is essential for a dog’s temperament. It should begin early in the dog’s life and be a regular habit from that point on. Dogs that are properly socialized are far less likely to exhibit the signs of territorial aggression.

Of course, there are other reasons why a dog might be acting territorially aggressive, including:

Territorial behavior has several signs that can help make it easy to identify. You’ll likely see:

Obedience training and a behavior plan will be some of the best methods of curbing your dog’s territorial aggression. This type of training can give your dog more confidence, and it will help it to understand which behaviors are acceptable, and which ones aren’t.

Recall is your dog’s ability to come when called. While your dog might come to you in the quiet of your home, will it listen under pressure or in a crowded space? Working on improving your dog’s recall skill will make it much easier to get it under control and calm if it does start showing aggressive behaviors.

Make Your Dog Earn Its Resources

This involves a type of reward-based training that teaches your dog to work for what it wants and needs. The idea is that a territorial dog feels entitled to its food, treats, and space, but you can teach it that it must earn everything it wants and that all of those things come only from you. This type of training is often called “Nothing In Life Is Free” training, and it should begin once your dog has mastered the basics of recall and obedience training.

For many dogs exhibiting territorial aggression, it starts with a growl and a slow backing up. You can train your dog to stop the growl and return to a calm state at your command. Once your dog has mastered this, you can give the command when it’s being aggressive, and it should calm the dog right down.

Often, when dogs are exhibiting territorial aggression, there’s a lot of underlying stress and anxiety behind it. If you lower the amount of stress and anxiety your dog is dealing with, then the territorial behaviors may cease as well. Luckily, there are many tools available to help with this task, including calming collars, puzzle toys, and chew toys. You can also use supplements that are intended to calm dogs. Just feed one to your dog and it should help it to return to a calm state.

Territorial aggression in dogs is pretty common. After all, territorial behavior is natural for dogs, and it has benefited them in the past. For most dogs, the displays of territorial behavior are minimal, mostly confined to scent marking and burying their toys or bones. But when dogs turn aggressive, it becomes a problem.

Poor socialization is commonly the cause of such territorial aggression, though other factors can be to blame, such as environmental factors, genetic predisposition towards aggression, and underlying medical conditions. Luckily, there are many ways you can help to alleviate this issue, such as obedience training, teaching your dog strong recall skills, or lowering your dog’s overall stress and anxiety levels.