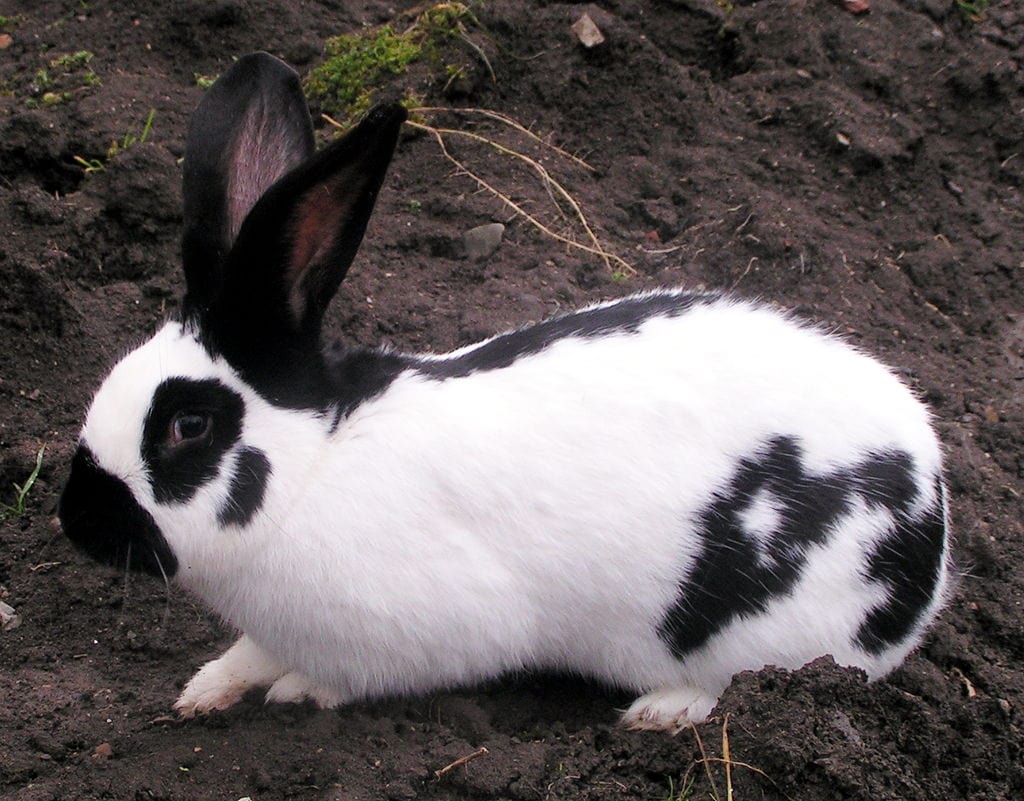 If you live in an area where the summer heat regularly reaches around 100 degrees F, it’s wise to be concerned about the health of your pets. Where dogs can pant to release heat in the midday sun, rabbits are more like cats: They must seek out shade and limit movement to avoid overheating.

For rabbit owners who are forced to deal with heat seasonally or year-round, you may be wondering: Are there any rabbit breeds that are better equipped to handle the heat? Thankfully, the answer to that question is a resounding “yes”!

All heat-resistant rabbits have one of a few traits:

Let’s look at a selection of 8 heat-tolerant rabbit breeds that all have one or more of these heat-beating characteristics.

Descended from wild Belgian “stone rabbits” and Flemish Giants, the Belgian Hare strikes quite a dashing figure. With their full arch, long slender legs, and large ears, they retain an appearance very much reminiscent of their wild ancestors. Often weighing under 10 pounds, they are among the smallest breeds on this list.

Combining a lightweight coat with prominent ears and a full arch, they are very well able to ventilate themselves in even the hottest of climates.

Possessing all the qualities of heat-tolerant rabbits listed above, the Checkered Giant may be the most adaptable rabbit on this list when it comes to hot climates. Typically weighing in at between 11 and 16 pounds, they are extremely well-suited to venting heat through their large, fully arched bodies and prominent ears.

Their white coats with distinctive blue or black markings are plush but generally lightweight. With proper grooming, you’ll find that they remain quite comfortable throughout the summer months.

These aptly named rabbits have found their way to as many corners of the globe as the people after which they are named. How has this small, curiously colored breed been able to find such success in so many different environments? It owes much of this natural hardiness and adaptability to a complex genetic heritage.

While the Dutch possesses almost none of the traits that would generally make for a heat-tolerant rabbit, it nevertheless does well in even the hottest of climates. Give them plenty of water, and they’ll likely handle the summer as well or better than any person in your household.

The king of all floppy eared rabbits, English Lops can often look like a character taken out of a children’s storybook. With their enormously oversized ears, cold is more often a concern than heat! Unfortunately, this remarkable quality also makes them prone to injury from stepping on their own ears. Prospective English Lop owners should always be careful to keep a watchful eye on the health of their ears.

Often weighing between 15 and 20 pounds, the Flemish Giant definitely lives up to its name! In hot climates, these gentle giants will put their ponderous bulk to good use in venting body heat. Combine that with large ears and a generous arch, and they easily become the largest heat-tolerant rabbit breed. Their kind, docile natures make them a favorite of experienced rabbit owners.

The French Lop manages to maintain many of the English Lop’s best qualities, while avoiding their injury-prone nature – making them a particularly desirable pet for anyone who loves long-eared rabbits. Being on the larger side (up to 12 pounds) and having a pliable coat helps keep the French Lop cool all year long. Add this to their considerable interbreeding, and you have a rabbit that combines many of the best qualities of all the other breeds on this list.

A full-arch body, unique markings, and large, erect ears all characterize the Rhinelander, setting its appearance far apart from most rabbit breeds. Weighing around 10 pounds and having a light coat that requires only moderate grooming, they tolerate heat well. Be sure to give them plenty of clean water, as Rhinelanders are known to be rather active and prone to dehydration.

With the lightest, softest, and silkiest fur of any rabbit breed, the Satin has become a popular option for breeders and pet owners alike in the past 50 years. This breed’s luxurious fur is so popular, in fact, that it has led to a whole slew of “satinized” crossbreeds, all designed to share its exceptional coat.

With most adults in the breed weighing around 11 pounds, the Satin is perfectly well equipped to make the best of even the hottest environments. For any prospective owner looking for rabbits most optimized for hot climates, search for any of the above breeds crossed with a Satin.

No matter how heat-tolerant your rabbit may be, it is still always necessary to provide them with plenty of water and shade throughout the hottest summer months. Even the hardiest of rabbits still operates within a narrow range of body temperatures, with anything outside of this range carrying the risk of serious damage to their health. Whenever possible, keep your rabbits indoors during the hottest months, particularly at the heat of midday.