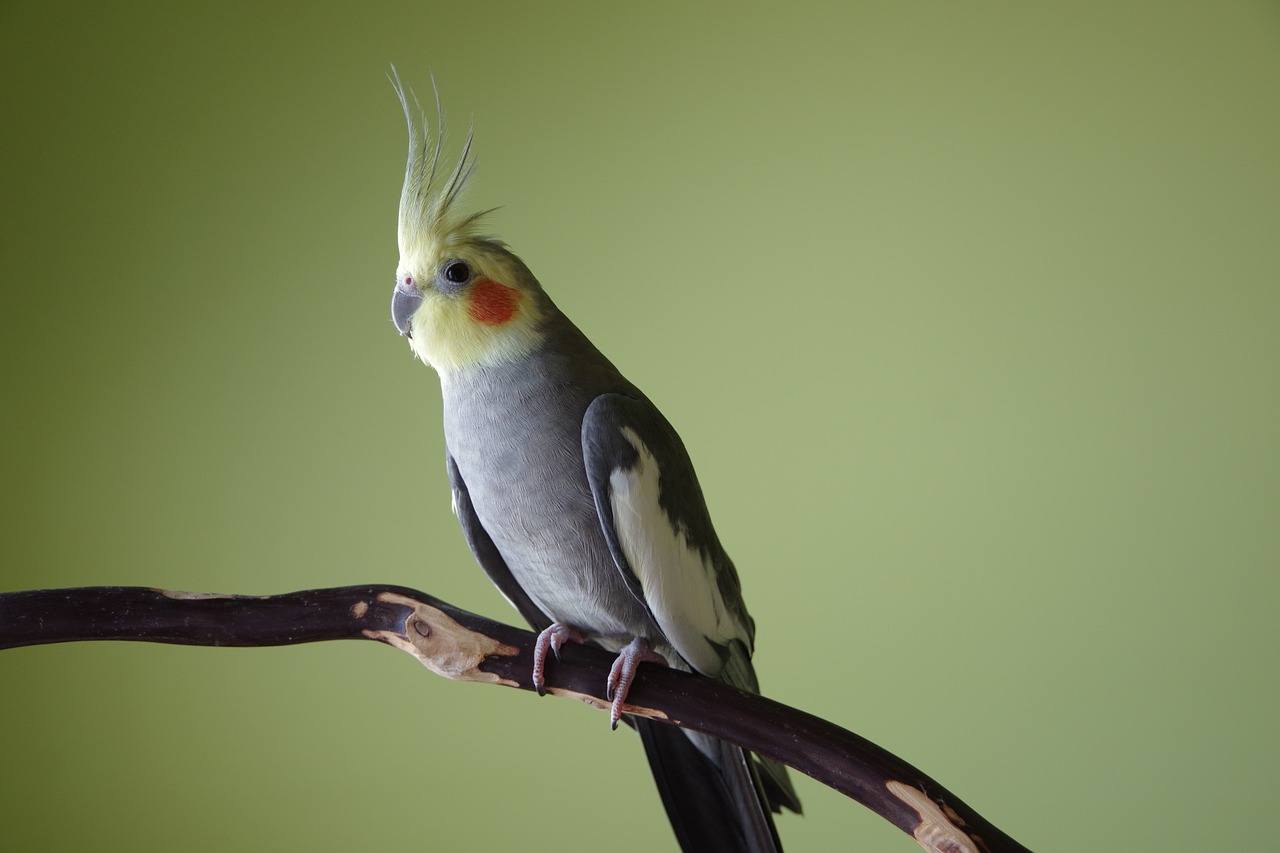 Cockatiels are an instantly recognizable type of bird. Their impressive plume protruding from the crown of their head instantly differentiates them from other bird species. Their sweet nature and easy-going temperament make them extremely popular as pets.

Over the years, as their popularity has exploded, the color variations of Cockatiels have become much more diverse, allowing for some beautiful and unique birds. Each of these colorations has its own name, based on the physical characteristics that separate them. Let’s take a look at the nine most popular types of Cockatiels.

Before we get started, it’s important to note that the different types of Cockatiels are actually just mutations, not different species or breeds. Though there are hundreds of species of parrots, parakeets, and other birds, there is only one species of Cockatiel. All of these color patterns are just color mutations, while the breed remains the same. Now that’s out of the way, let’s start looking at some beautiful birds.

A native of Australia, the Normal Grey Cockatiel is covered in grey feathers. They have broad white bars across each wing’s edge. Females have dull orange patches on their cheeks while males have yellow faces with bright orange patches.

Lutino males and females have the same colors and markings. Their feathers are all white except for their heads, which are yellow with bright orange spots on the cheeks.

These birds look pretty similar to the normal greys, though they have more of a silver or brown coloration. The ones with more brown in their coloration tend to be the color of cinnamon, which is where the name comes from.

Male Cinnamon Cockatiels will have bright orange cheeks and yellow faces after their first molt. The females will keep the dull orange cheek patches of a normal grey Cockatiel, and their faces won’t turn yellow like the males.

As the name suggests, these Cockatiels have white faces, instead of the typical yellow and orange that you’ll see on most Cockatiels. Typically, the rest of the feathers are a normal grey color. The females have gray faces with no coloration on the cheeks.

Pied Cockatiels are mainly yellow or white with dark grey patches. They’ll often have bright orange cheeks still, making them extremely colorful for Cockatiels. They’re widely available, which has helped surge their popularity. It’s preferred for Pieds to be 75% yellow and white and only 25% natural colorations, like grey or cinnamon.

This is one of the more beautiful mutations available. It results in feathers that are adorned with white and yellow splotches in varied patterns, covering the wings, back, and nape. The females have yellow faces and will keep their splotched coloration for their entire lives. Males, however, will lose their pearlized look after molting, becoming a pied Cockatiel afterward.

There are several variations of Pearl Cockatiels. Yellow Pearls are often referred to as Golden Pearls, while White Pearls are called Silver Pearls.

Fallows Cockatiels have pale cinnamon-colored body feathers that are mixed with yellow. Their faces are yellow with red colorations around the eyes.

These are similar to normal Pieds, though the yellow and white “pearling” splotches are limited to just the wings. The rest of the bird is yellow or white with grey areas covering the rest of the body.

This mutation is very difficult to tell apart from the Lutino mutation. The only tell-tale difference is the bright orange markings on the cheeks, which you’ll only find on the Lutino variety. Clear Pieds have no orange marking on their faces.

Remember, these are all the same species of bird. The different colorations are just mutations, not different breeds or species. Therefore, they can be interbred with no consequences, which is how we’ve come to be able to enjoy so many diverse Cockatiel colorations.