Frogs in The Cold: What Do They Do and Where Do They Go? 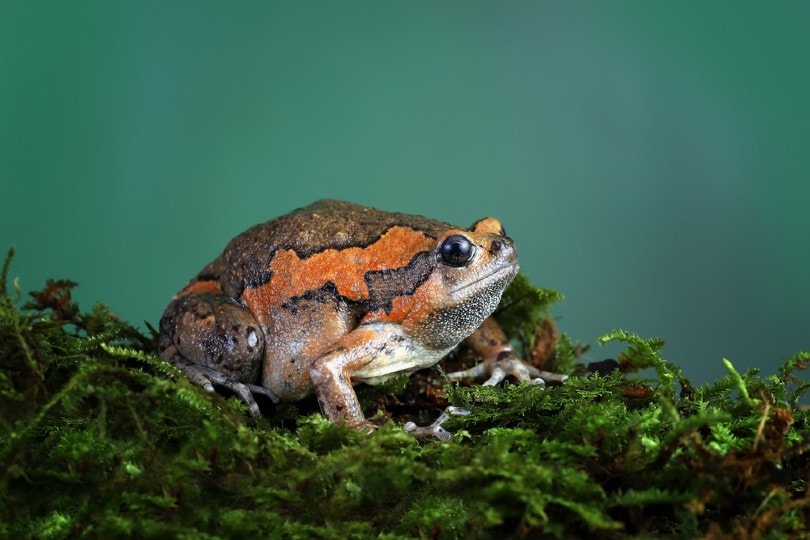 What Do Frogs Do During Winter?

During winter, there are many different things frogs and toads can do. Some of the most common activities include hibernation in a burrow or underground hole for amphibians that live on land (some burrow throughout the year), going into a state of torpor, simply finding a more sheltered place to rest, or even migrating away from their home during the hardest part of winter and returning in the spring.

For amphibians that live on land, hibernation is one of the most common behaviors during winter. This behavior allows them to not only survive the winter but also to breed later in the spring

There are even some aquatic species that are able to hibernate underwater in the mud. Hibernation is not the same for all types of amphibians because it has been found that their ability to do so depends on what they eat and how much they weigh. Generally speaking, larger frogs with a more carnivorous diet can hibernate better than smaller frogs with a vegetarian/insectivorous diet.

How Do Frogs Hibernate?

For frogs and toads to hibernate, they need certain environmental conditions (temperature, feeding) to be favorable. In general, the majority of terrestrial amphibians in temperate regions hibernate in the winter. During this time, they can choose to either remain underground or find refuge under large rocks, logs, etc. Since these frogs and toads cannot move during this period due to their dormant state, they must come across favorable conditions before hibernation.

It is common for many species to dig their own burrows underground or seek refuge in one that is already there. A major component of finding these places, such as a chuck under a rock, hole in the ground, etc., ensures adequate protection from predators and weather conditions.

To prevent water vapor loss, the burrow/shelter needs to stay moist. They can achieve this by digging a tunnel that is not very long and keeps diving down until an area of hibernation has been reached. In addition, surfaces at this depth typically remain cooler than ground surfaces during wintertime.

How Long Do Frogs Hibernate?

The length of hibernation depends on two factors: the species and the environment. In species that live in colder regions, hibernation may last from 4 months to as long as nine months. For instance, a study found that the European Common Toad (Bufo bufo) hibernated for five months in an environment of 50 degrees Fahrenheit and seven months when it was allowed to be exposed to a temperature as low as 35 degrees Farenheight. On the other hand, species living in warmer regions can generally only hibernate for 1-3 months.

Can You Wake a Hibernating Frog?

To wake up a hibernating frog, you must place the animal in an environment with a temperature above 0°C (32°F). You can achieve this by putting them into water.

Frogs are feisty little creatures that won’t let anything in the way of their survival, not even brutally cold weather. As cold-blooded creatures, they need a certain temperature to keep their body temperatures up, but they go into hibernation and become temporarily inactive if it gets too cold.

Once spring comes around, they can resume their active lifestyle. If you own a pet frog, know that you may need to wake it up throughout the winter season. So, next time your frog looks a bit lethargic, just put it in some cool water and see if his tongue comes out!