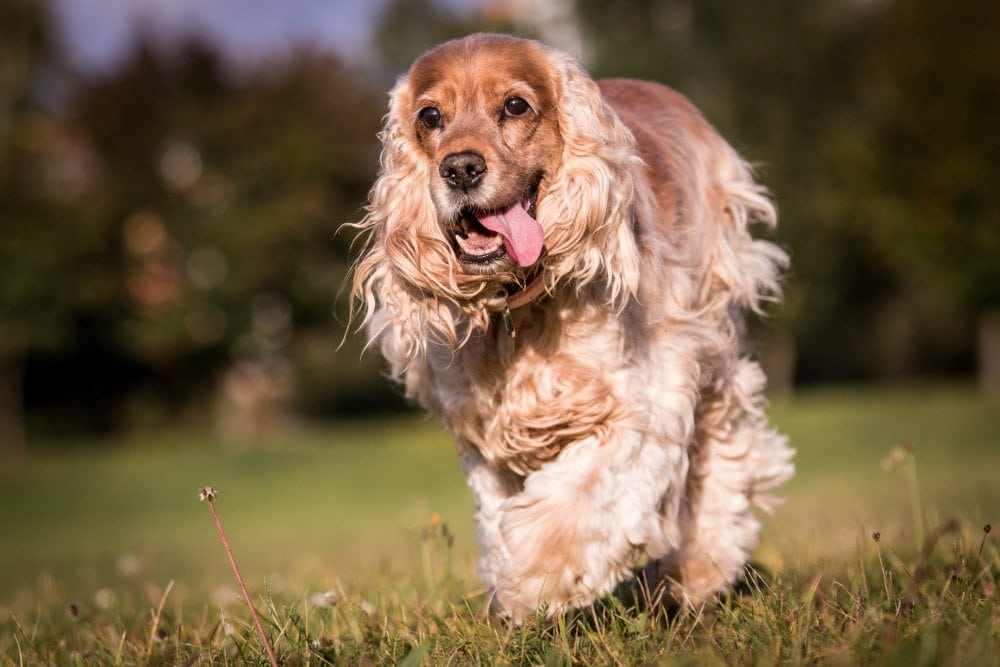 That may sound all well and good — but what do groups like the ECSCA actually do? Below, we’ll walk you through the organization’s various activities and responsibilities, as well as let you know how to get involved if you’re the type of person who feels strongly about these dogs as well.

What is the ECSCA?

Before we can answer this, we have to answer a different-yet-similar question: what is the American Kennel Club (AKC)?

The AKC is a registry of purebred dogs. If you want to know whether your prize pooch is actually purebred or if it’s some sort of fancy mutt, the AKC will have the information you need. In addition to keeping these records, they also host competitions, offer dog-related services, and perform philanthropic functions.

While the AKC is a very large organization – it’s actually made up of dozens of smaller organizations –one national organization for every breed the AKC recognizes. The ECSCA is the organization that represents the English Cocker Spaniel.

The ECSCA is itself a national organization that’s comprised of several smaller English Cocker Spaniel-related groups.

Think of it this way: if you’ve ever watched a dog show on TV before, then you know they have one dog representing each breed. The way that particular dog earned a spot on that show is by beating other dogs in its breed at smaller shows. These smaller shows were hosted by groups like the ECSCA.

What Does the ECSCA Do?

The club has a detailed listing of its aims on their website, where they describe their various goals in great detail. If you want the Cliff’s Notes version, though, these are their basic functions:

Basically, it sounds like they keep a list of registered English Cocker Spaniel breeders and organize competitions involving the breed. They’re also likely a good resource if you’d like to learn more (probably way more than you wanted to know) about these dogs.

How Do You Become a Member of the ECSCA? What are the Perks of Membership?

There’s a surprisingly involved application process for joining the ECSCA. You have to go to their website and read their constitution and by-laws, and then you have to fill out a membership application.

It’s not that simple, though. In addition to filling out the application (which asks you to prove that you own or have owned purebred English Cocker Spaniels), you’ll have to get 3 current members of the ECSCA to endorse your candidacy. Hopefully, you don’t have any English Cocker Spaniel-related skeletons in your closet, because this is where they’ll come back to bite you.

Once you’ve completed all of that, your application will be sent to the members for “comments.” This is a 30-day process that sounds something like a roast, except you won’t be privy to what’s being said about you. After the 30 days are over, the board will vote on your membership.

Assuming you survive the application gauntlet, you’ll reach the most important step of all: paying your dues. Regular membership costs $40 per year, but you can get junior or associate memberships for less. Also, if you want the magazine, it will set you back $60 per year.

What do you get for all of that? Here are just a few of the perks of membership:

All in all, if you’re a huge fan of English Cocker Spaniels, most of this should be right up your alley.

Should You Join the ECSCA?

Like many hobbies, membership in a group like the ECSCA is pretty polarizing. You’re either really into it or it doesn’t appeal to you at all.

If you’re one of the people that finds it appealing, though, joining the ECSCA is likely worth every penny (and it doesn’t take very many pennies to join). You’ll learn a ton about your favorite breed, and you’ll also get the opportunity to discuss them with other people who love these dogs as much as you do.