Where to Put a Cat Litter Box (Dos and Don’ts) 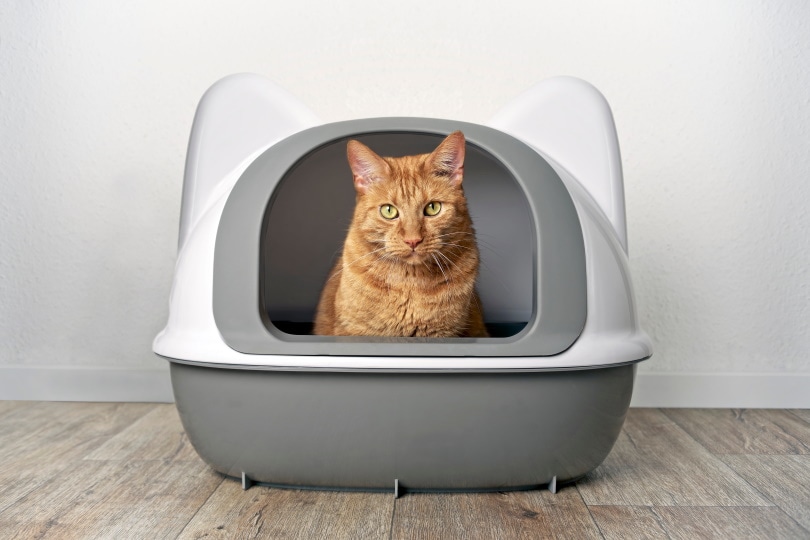 It seems like such an easy thing that you probably didn’t even give much thought to where you’d put your cat’s litterbox when you brought it home. Now, you’re looking around your home, wondering where the best location is for a litterbox. Should it be off in a corner, or out in a main room? Is it ok to hide it away where it won’t be seen, or does it even matter?

To your cat, it definitely matters. And truthfully, it should matter to you as well. That litterbox can certainly emit some unpleasant odors that you wouldn’t want wafting through your kitchen, for instance. But you can’t tuck the litterbox into a hard-to-reach room and call it quits. There must be a compromise so that both you and your cat are satisfied with the placement of the litterbox.

Don’t worry, it’s not as difficult as it sounds. We’re going to give you some simple dos and don’ts to follow that will make it easy to pick the perfect spot for your feline to do its business.

Where to Place a Cat’s Litterbox

1. Where Your Cat Spends a Lot of Time

It’s a good idea to put the litterbox in a room that your cat is often in. If there’s a particular room or area that you notice your cat gravitating toward, that might be a good place to consider putting the litterbox.

Your cat won’t enjoy loud noises while it’s trying to use the litterbox. Any loud noises can be a nuisance for your cat during this time, including the TV and appliances like washers and dryers. These kinds of noises can make the space seem scary to your cat, causing it to avoid the area where its litterbox is located. Naturally, this can lead to some unwanted behaviors such as making waste outside the litterbox.

3. It Must Be Easy to Reach

If your cat can’t reach the litterbox, it won’t be able to use it. While it might be convenient for you to have the litterbox tucked way back in a corner, if your cat has a hard time getting there, then it will be less likely to use the litterbox.

It’s best to place the litterbox in a room that doesn’t get much foot traffic. A busy foyer isn’t a great place for a litterbox as the constant foot traffic can deter your cat from using it here.

5. Ensure the Space is Well-Lit

People aren’t the only ones that get nervous about the dark. It’s common for kids to fear the dark, but even for a cat, a dark room can be nerve-wracking. Ensure the room with your cat’s litterbox is well-lit and entirely visible so your cat feels comfortable going in.

6. Away from Other Litterboxes

Litterbox issues often arise in multi-cat households. Some cats might be comfortable using only certain litterboxes or only in particular areas. When you have multiple cats, the placement of their litterboxes is even more important. Make sure that the litterboxes are all spaced far apart, preferably in separate rooms. Also, make sure you keep more litterboxes than you have cats. For example, if you have three cats, you should have a minimum of four litterboxes.

Where Not to Put a Litterbox

If the room containing your cat’s litterbox has people constantly walking through, then your cat won’t find it peaceful enough to use. Any room that’s constantly in use makes a poor place to put the litterbox. Entryways and kitchens make terrible locations for a litterbox because they often have people walking through or congregating there.

Don’t put the litterbox anywhere that’s not always available for your cat. Sometimes, people put litterboxes in the bathroom, which does seem to make sense. However, if the door gets closed, your cat might end up locked out with nowhere to go except in the house, defeating the entire point of even having a litterbox.

While the laundry room seems like a great place to put a litterbox since it’s out of the way but still generally easy to access, the noise of the washer and dryer running could be a major deterrent for your feline. You’ll want to avoid putting the litterbox near anything that will scare or intimidate your cat, as these can easily prevent your cat from using the litterbox at all.

Cats are creatures of habit. Your cat will get used to the litterbox being in a certain place. If you suddenly move it, you’ll throw your cat off and it won’t know where to go. Once you set a place for the litterbox and your cat adapts, don’t move it. Leave the litterbox there, lest you face the consequences of moving it, such as your cat suddenly having accidents throughout your home!

The litterbox needs to be located in a place that your cat actually goes. If your cat never enters a room, then that room is probably a poor choice for placing a litterbox. Your cat might even be scared or intimidated by certain places in your home for reasons you’re unaware of. By putting the litterbox in one of these places, you might be putting a big barrier between your cat and using its litterbox.

Placing your cat’s litterbox sounds easier than it is, though it doesn’t have to be overly complicated. It must be somewhere that’s easily accessible for your cat, but still quiet and a bit secluded. Your cat doesn’t want to be bothered by lots of foot traffic while using the litterbox, and you don’t want to be inundated with the awful smells that generally accompany litterboxes. By following the guidelines we’ve laid out, you should be able to find a suitable location in your home that meets all of these needs. With proper litterbox placement, everyone in the household will be happier.