Why Do Bearded Dragons Wave? 5 Reasons & What to Do 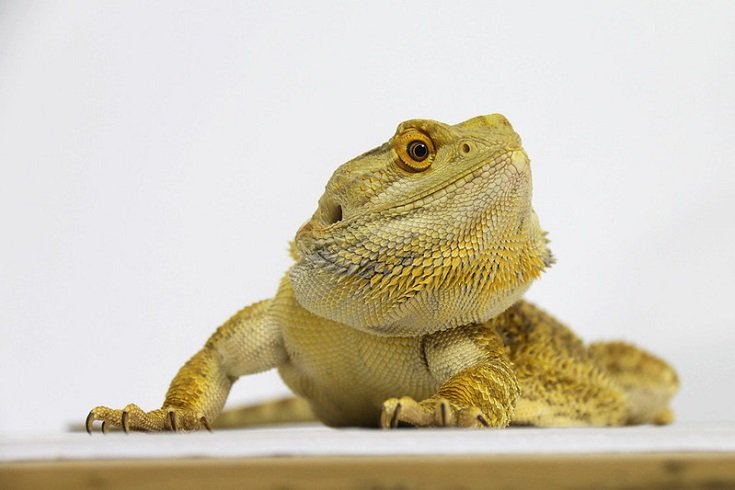 The bearded dragon has become one of the most popular reptilian pets. They are generally considered to be laid-back and calm pets. They are energetic and lively when exploring, which they enjoy, but they can be quite docile and even loving when they are spending time with their human. They do have some unique quirks, however. They are notorious for their head bobbing, and many bearded dragons will wave at you, at other pets, at other bearded dragons that share their cage, and even at the reflection of themselves. Below, you can learn what waving looks like, what it means, and what action you should take if any.

Waving appears exactly as the name suggests. The beardie lifts his arm in the air and rotates it in a slow circular motion. He will usually repeat the motion, and he may change to wave with his other arm. It’s cute, it looks friendly, and many owners treat it as a greeting by responding with a wave back. It is a slow and methodical movement and most of us find it amusing, at least at first, but then we tend to question whether it is normal behavior or whether it is a sign that something is wrong.

It’s Not Just A Hearty Greeting

There are various reasons why your beardie might be waving. Unfortunately, it is never really a greeting or just a friendly way to say hello when you enter a room. It may not be a negative thing, either, and the key to recognizing the reason for your beardie’s waving is the context. A beardie waving at you when you get near the cage could be very different to him waving at another beardie in his cage, or waving at his reflection.

Below are the five main reasons that your beardie is waving, as well as the actions you can take to prevent it.

1. Being Submissive With You

Bearded dragons are generally quite content little reptiles. They have a good understanding of their place in the world, so while they may try to be dominant of other bearded dragons and will certainly dominate the crickets you feed them, they won’t usually try and assert any authority over those that are larger than them.

In fact, waving is, more often than not, a sign of submission. Your beardie is acknowledging the fact that you’re bigger than they are and are letting you know that they are not a threat.

Should I Wave Back At My Bearded Dragon?

Generally speaking, there is nothing wrong with the idea of waving back at your beardie. If he is showing submissiveness, he will not suddenly become dominant if you do the same back. He may view the situation as a harmless stalemate and it may even put his mind at ease if he is nervous about your dominant position.

2. Feeling Scared Of Other Pets

If you have other pets that get near the beardie’s cage, they could be scared of the animal’s presence. Showing submissiveness does not necessarily equate to fear, but it can mean this. Look for other signs. If your beardie runs and hides whenever your dog sniffs the glass, he may be scared of the approach.

Over time, your beardie may learn that a nose pressed up against his cage is not a sign of danger. He may discover that cats love the heat that ruminates from the top of a terrarium. Otherwise, you will need to prevent your other pets from getting too close to the cage or appearing too threatening.

3. Being Submissive Of Other Pets

Submission isn’t necessarily a sign of fear. Your beardie is likely to have accepted his position in life, and his position in the pack hierarchy. Essentially, he knows that anything larger than him is dominant. He may be showing signs of submissiveness to your other pets without being afraid of them. If he seems to maintain the same position, briefly shows submissiveness before carrying about his business, and it doesn’t affect his daily routine, there may not be any cause for concern.

In some rare instances, the female waves at the male during courtship and mating. This is a show of submissiveness and isn’t present in all meetings. If you do keep a breeding pair together, you should know that the male can be quite aggressive to the female, and she may be showing submissive tendencies in a bid to try and stop biting and aggressiveness.

5. Submissive to a Reflection

One of the most common reasons for waving is your beardie seeing a reflection of himself. He is likely showing submissiveness to a bearded dragon that he does not recognize, acknowledging their presence, and trying to let them know that he isn’t a threat.

Is It Bad For Bearded Dragons To See Their Reflection?

In this case, the other beardie (his reflection) takes a similarly conciliatory role. Your beardie will see a non-threatening tank mate. He may be confused about where they go when he walks away, and why he only returns when he sits in a certain spot, but it is unlikely to cause any real harm.

As ever, do look for signs that the activity is becoming habitual or that it is causing stress to your beardie. If it is, then experiment with different lighting or move the mirror or reflective surface in order to remove the reflection and provide a more secure environment.

Should You Be Worried?

Waving is not usually a sign that you need to be concerned. At worst, your beardie may be frightened of the presence of your dog, cat, or other animals. He may also feel threatened by another beardie in his cage, although this often includes his own reflection. But, waving is usually a sign of submission and unless it is accompanied by other signs of stress or worry, then it should not present as anything for you to worry about.

If it is a concern, look for the cause, and take action. Put two or more beardies in separate cages, prevent the dog from running up and sniffing the cage, and remove or move reflective surfaces.