Why Do Dogs Have Short Life Spans? (Vet Answer) 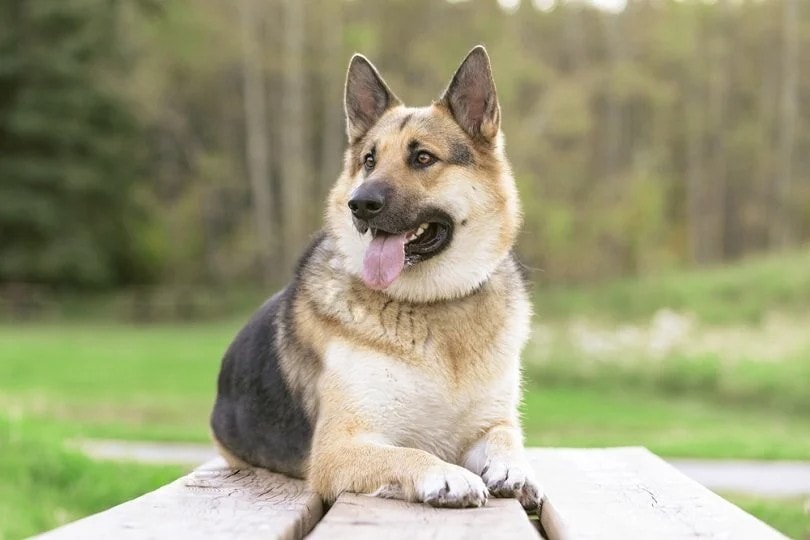 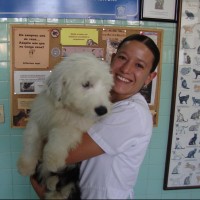 The information is current and up-to-date in accordance with the latest veterinarian research.

You might be familiar with the idea of learning your favorite pet’s age in “dog years” versus “human years.” Growing up, many of us were told that the equivalent of one year in the life of a human was roughly seven years in a dog’s life. Some of us not only accepted that as true but became fascinated thinking about the fact that our little puppies would soon be older than us in human years.

In hindsight, it’s more of an oversimplified explanation for the fact that dogs’ life spans are considerably shorter than those of humans. But in reality, different species have different life expectancy ranges, and moreover, A human’s life expectancy in 2021 is as high as 85 years in some parts of the world. Moreover, the average human life expectancy was as short as 22-33 years in the Paleolithic Era, so things have changed a lot when it comes to the life expectancies of both humans and their dogs.

When it comes to the life expectancy of a species, race, or breed, factors such as genetics, dietary habits, physical activity levels, pathogens in the area, access to clean water, sanitary services, medical care, and the daily quality of life all come into play. Lifespan is affected by all of these variables.

Species that have a faster development also tend to have shorter pregnancies, faster teething, finish their physical development faster, and reach sexual maturity earlier. In general, faster-developing species also tend to live shorter lives. When comparing other species and humans, one of the most fascinating facts is that there are no other species that take care of their offspring as long as humans do. Parents guarantee our survival years after we pass through childhood and this adds to the survival of the species, creating more longevity for our species.

Statistics show that wolves living under human care have a life expectancy of 15 to 20 years, while their domesticated relatives, our beloved dogs, live only between 7-15 years. But why?

Several factors come into play, and one of the most important has been the genetic modifications that took place during the creation of the breeds. While looking for certain desirable physical characteristics, breeders dramatically reduced the genetic pool variability, allowing only a small number of individuals with the specific physical traits they wanted to reproduce. In the wild, the random breeding of the species allows for greater genetic diversity, and desired characteristics are passed through natural selection. In nature, the inherited genes for a species are those passed on by individuals able to survive and adapt to their environmental needs and changes.

In general, the strongest and most dominant males got to mate and only females that were strong enough to survive, reproduce, and in some species, lactate or feed offspring, would prevail. In nature, sick or weak individuals will generally not survive, definitively not reproduce, and therefore, those genes are not passed to the species. “The Survival of the fittest” might sound like a cruel concept, but in the end, it warrants the survival and wellbeing of the species as a whole. And through a very long period of time, the physical characteristics of each species are also very slowly modified.

On the opposite end of the spectrum, dog breeders came out with a wide variety of breeds with very specific physical characteristics in a very short amount of time. This was achieved by breeding a very limited number of individuals and resulted in greatly reduced genetic pool variability. Among greater chances of inheriting the desired physical traits, the individuals also had greater chances of inheriting defective recessive genetic genes.

Defective genes encode anatomical deformities, genetic disorders, or diseases predispositions. Genes come in pairs and only the dominant genes are expressed. When two individuals mate, the offspring will inherit one gene from each parent. By having a smaller pool variability, the chances of two individuals with the same defective genetic genes mating are increased. As a result, most dog breeds come with a list of genetically predisposed diseases. For example, Golden Retrievers are predisposed to suffer multiple cancers and tumors of the spleen.

Parallel to that, the modification of the physical characteristics of each breed also came with a price tag on their health. The elongated and funny-looking bodies of Dachshunds make them susceptible to slipped vertebral discs. The flat-faced dog breeds, like Pugs, have their anatomy so modified that they inherit a series of respiratory conditions known as brachycephalic syndrome. They have difficulty breathing, reduced heat tolerance, and increased susceptibility to respiratory infections and diseases.

Compared to a wolf, a dog’s life is much more sedentary, even a working dog’s activity levels tend to be lower than that of a wolf. Wolves have slim and athletic bodies; they eat a natural raw and complete food diet from hunting. Domesticated dogs often have robust bodies that are sometimes overfed, increasing the stress in their musculoskeletal, cardiac, and most of their systems. They do not depend on their body condition to eat the processed food we provide and, interestingly, they have inherited some of our modern human diseases, such as diabetes.

Many factors influence the life expectancy of a species. As a general rule, most fast-developing species tend to live shorter lifespans. Our beloved dogs tend to live an even shorter life span when compared to their wild ancestors mostly because of physical modifications sought during the creation of breeds and increased disease predisposition caused by the loss of genetic diversity.

Just as in the case of us humans, active dogs on a healthy and well-balanced diet living in a healthy environment will enjoy a better quality of life and better health, they might live a little longer. However, the dog’s life expectancy remains shorter than our human life. Enjoy your loved ones every minute, and make those tails wag! Life is too short not to love at maximum!

Dr. Paola Cuevas has over 17 years of experience as a veterinarian and animal behaviorist. She focuses on preventive medicine and animal welfare for a variety of species. Paola has a large range of skills in from diagnostic imaging to nutrition and clinical pathology. She enjoys sharing her extensive knowledge of positive reinforcement animal training with our readers and is happy to answer reader questions as our in-house veterinarian.

Dr. Paola Cuevas has over 17 years of experience as a veterinarian and animal behaviorist. She focuses on preventive medicine and animal welfare for a variety of species. Paola has a large range of skills in from diagnostic imaging to nutrition and clinical pathology. She enjoys sharing her extensive knowledge of positive reinforcement animal training with our readers and is happy to answer reader questions as our in-house veterinarian.