Can You Keep a Squirrel as a Pet? Here’s What You Need to Know! 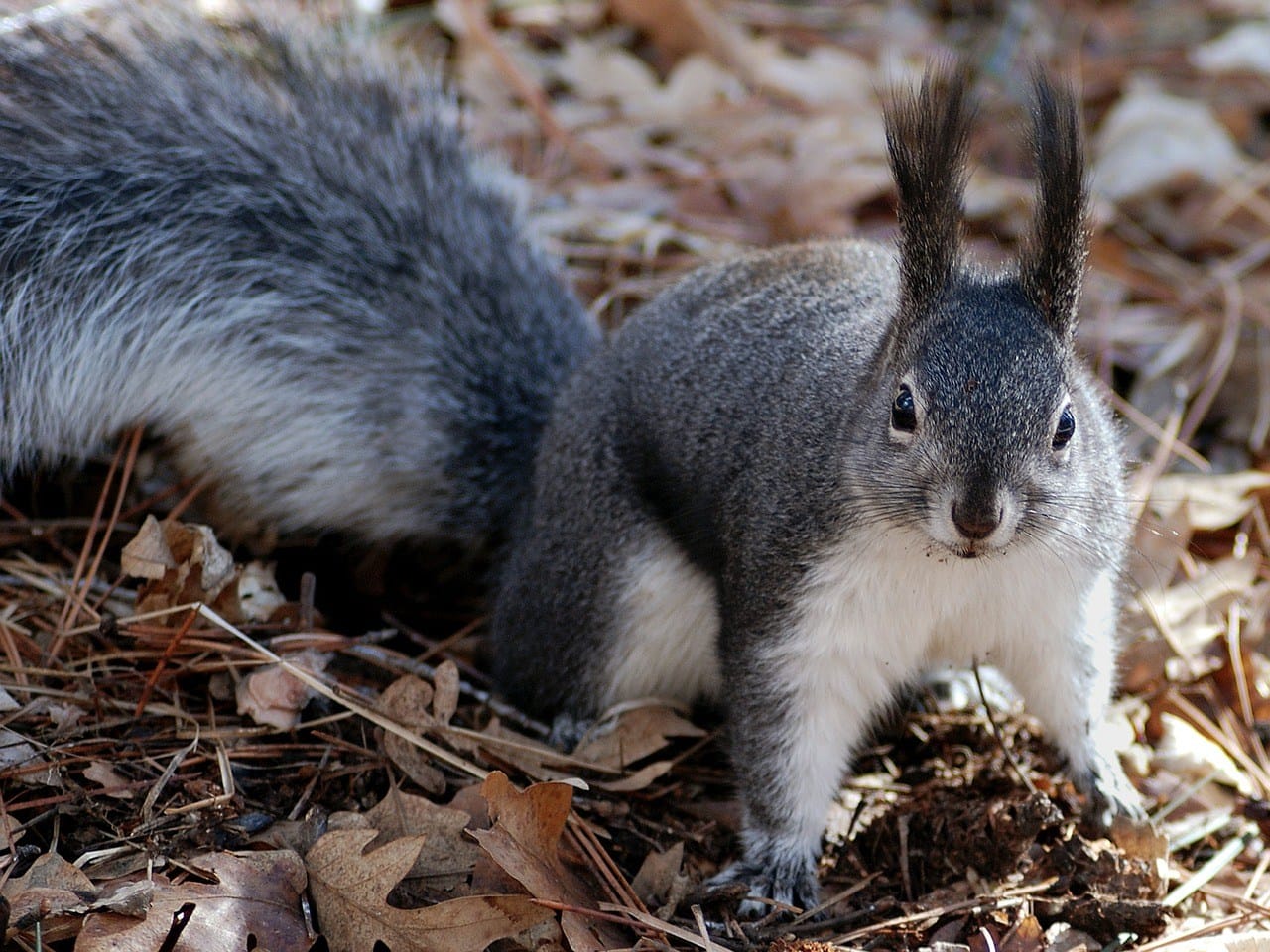 Squirrels are undeniably adorable creatures. Their bushy tails, big eyes, and little noses make them cute enough to want to keep. But have you ever seen a pet squirrel before? Probably not, and there are many good reasons for this. However, they used to be commonly kept as pets, even though they made awful houseguests!

Of course, people also kept buffalo, badgers, and raccoons as pets, and most people ought to be aware that these are not great animals to keep in your home. Once everyone realized that squirrels make really poor pets, the practice stopped. Still, it’s hard to resist such a cute little critter, so let’s talk about the reasons why you should never keep a squirrel as a pet.

Squirrels are a member of the Rodentia scientific order, meaning they’re rodents. People do keep some rodents as pets. For instance, mice, rats, guinea pigs, and hamsters are all commonly kept house pets, and they can be great starter pets for kids. Based on this, it makes sense that squirrels might make good pets too.

But think of the flipside. Rodents are also pests. They get into your car and fill it with cactus, or chew through cables, infest your home, leave droppings everywhere, eat your food, and more. Generally, rats, mice, and similar rodents are not the type of creatures you want to invite into your house.

The big distinction to make is domesticated vs wild animals. Rodents tearing up your home and vehicle are wild. On the other hand, rodents kept as pets, the guinea pigs, hamsters, mice, and rats we mentioned, are domesticated and were born in captivity.

Have you ever noticed a squirrel in your local pet store while perusing the other available pet species? Of course not. But have you ever wondered why that is?

Squirrels are wild animals. There aren’t any domesticated squirrels, so they can’t be purchased from a pet store. As wild animals, they don’t have the same tendencies that domestic pets have, which is why squirrels make awful pets.

The Morality of Keeping Wild Animals as Pets

For humans, being locked inside a cage for the rest of your life is considered to be one of the worst fates that could befall you, which is why we use that as punishment for abhorrent crimes. How different do you think it feels for a wild animal to be taken away from the endless expanse of nature that they’ve lived in for their whole lives just to be thrown into a tiny cage? It’s a very similar fate; one that you’d be forcing on any squirrel you tried to keep as a pet.

Keeping a wild animal as a pet is immoral. If you wouldn’t want your freedom to be taken away from you, then you shouldn’t want to take the freedom of another animal away either.

With animals born in captivity, things are different. Domesticated animals, such as dogs, cats, and horses, have evolved alongside us for thousands of years. During that time, they’ve developed certain tendencies that make them great counterparts for humans, and they’ve come to rely on us as their providers. But wild animals haven’t evolved those same tendencies and they’re entirely self-reliant.

In early America, things were pretty wild, including the people that lived here. They did some crazy things, like keeping buffalo and badgers as pets. Squirrels were also commonly kept as pets during this time. In the mid-1700s, you could go and buy a squirrel, and you can even find squirrels painted into many family portraits from this era. Benjamin Franklin once penned a tribute to his friend’s squirrel named Mungo that had passed away.

It didn’t take that long for people to realize that squirrels make awful pets. Luckily, we know now what these early pioneers didn’t, which we’re about to discuss in the next section.

Though it may have been legal at one point to keep squirrels as pets, in most states, it’s now an illegal practice. Keeping a squirrel in most places will require getting special permits and wildlife rehabilitation licenses.

Squirrel teeth continue to grow non-stop until the squirrel dies. To keep them at bay, squirrels have to chew and chew and chew. This means that everything in your home will end up with chew marks in it or completely destroyed. Bookshelves, couches, your ears are all at risk.

Related Read: How to Tell the Age of a Baby Squirrel (With Pictures)

When your dog needs food, you can just go down to the pet store and get some dog food, but you’ll notice that squirrel food is not available commercially. Squirrels have very specific nutritional needs though. Meeting those needs will take lots of time, planning, and expense.

4. They Have Sharp Claws

Squirrels are able to scurry up trees with ease thanks to their sharp claws. What do you think happens when your squirrel tries to climb up your arm to get onto your shoulder? Your skin is going to be torn to shreds. Most people who rehabilitate squirrels have to wear special squirrel garb suits when handling them to avoid being torn up by those sharp claws.

5. They Also Have Sharp Teeth

We mentioned that squirrel teeth grow until they die, but they’re also extremely sharp, which can cause several problems. First, squirrels don’t possess any bite inhibition reflex. Dogs and cats have learned not to bite hard when playing with their human, but if a squirrel’s brain says bite, there’s nothing to stop them from biting with full force. They also don’t know when not to chew. You can teach a dog not to chew certain items in the home, sticking to a particular chew toy instead, but you can’t teach a squirrel the same way.

6. You Can’t Leave it Alone Overnight

Once you have a squirrel, it essentially owns you. You can never leave a squirrel alone, even for a single night. If you need to go away, you’ll have to find a qualified squirrel sitter, of which there are none that we know of.

7. They Need Lots of Space and Exercise

In the wild, squirrels have entire forests at their disposal. They can run around and jump from tree to tree in a nearly infinite space. But your home is nowhere near the size of a forest, even if you live in a mansion. They have nearly endless energy and need to spend about three hours every day running around and reducing that energy. If you thought kids were hard to take care of, it’s because you’ve never cared for a squirrel. High-maintenance is an understatement.

Squirrels are the absolute worst house guests. They’re incredibly messy, though they like to keep their living areas clean. This means that anything a squirrel deems as dirty gets tossed onto the floor for you to clean up, including uneaten food, parts of insects, animal waste, and more. Expect to find excrement all around the house if you keep a squirrel inside!

Even though people used to keep squirrels as pets, it’s a terrible idea. Not only is it illegal in most places, but squirrels make simply awful pets. They’re wild animals and have no hint of domestication, so you can expect to encounter problem after problem while spending all of your time cleaning up after your squirrel. There are many reasons why squirrels can’t be purchased at the pet store, and it’s definitely not recommended that you ever attempt to domesticate a squirrel found in the wild.