13 Most Expensive Chicken Breeds in the World (with Pictures) 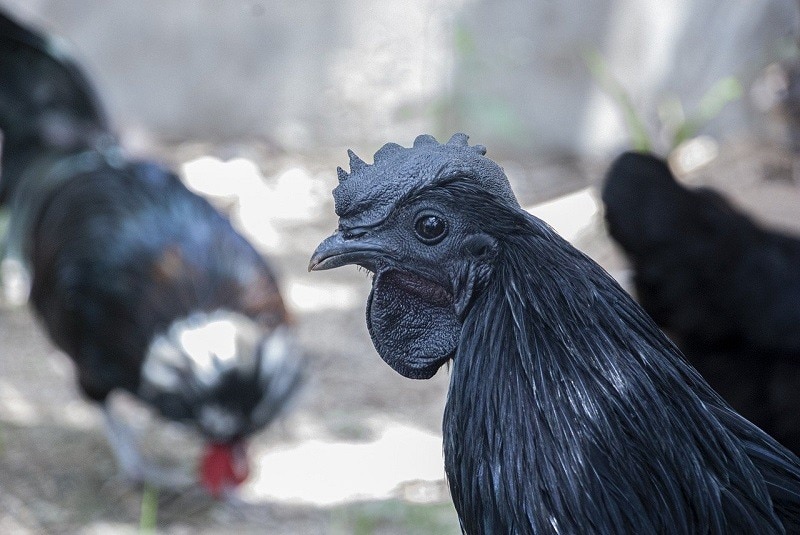 There are countless different chicken breeds in the world. Some are designed to produce a lot of eggs while others are meat chickens. Occasionally, you’ll even find a chicken breed that is for show and pet purposes only.

Most chicken breeds are pretty affordable. Most chickens cost around $1-$5 if you’re buying them as babies, while pullets are $15-$25. However, there are a few breeds that are extremely expensive. These breeds are typically some of the rarer ones or those that need to be imported.

We’ll look at some of the most expensive chicken breeds below.

The 13 Most Expensive Chicken Breeds in the World

These birds are extremely expensive for a few different reasons. Firstly, they can be used as a meat chicken because of their vast size. They also lay large eggs and make great egg layers. Merely having a chicken that can do both relatively well is one factor that bumps the price up.

They are also rather friendly and have great personalities. They are easy to take care of and raise, even for first-time chicken owners. Again, this is one reason they are so expensive. They are quiet and decently non-aggressive as well. In other words, they are great for families.

While they were very expensive at one point in history, they have become cheaper today. Eggs cost about $3 today, with chicks being about $7 each.

The Orust is a rare breed of chicken. They are native to Sweden, where they are more common. However, they are very geographically niched, so it is hard to find them outside of their home country.

They are named after the Orust Islands, where the breed is said to originate. Legend says the breed was developed by fishermen and lived mostly on fish. The breed is currently facing extinction. There were only 500 chickens in 2013.

These chickens are well known for their mosaic-like appearance. The Orust chickens are only black and white, with spots and patches being relatively common.

They are mostly expensive because of their rarity. It is hard to find a chick for sale, to begin with. Usually, they will cost up to $30 per chick if you’re lucky enough to find a few for sale. Eggs are about $10, and pullets can cost as much as $60.

This is another scarce breed that originated from Sweden. Again, this breed is named after an island, where they are said to originate.

As this breed is scarce, you can expect to pay more for them than an ordinary chicken – if you can even find them for sale in the first place. In the past, there were only about 50 of these chickens around. They have grown beyond that today, but their population remains relatively small.

This breed is also relatively quite small. They were developed without human intervention, which means this small size is entirely natural. They are a true bantam.

They are extraordinary family chickens as well. They are friendly and easy to take care of. They get along with themselves and most other breeds as well. This makes them sought after, even though there are very few of these chickens around.

You will usually pay about $8 for a hatching egg. Actual chickens can cost up to $100.

As their name suggests, this chicken initially came from Sussex, England. They are white, silver, and brown. A speckled variety is also available and is one of the more popular versions of this breed. The speckled versions are usually more expensive for this reason as well.

The speckled variety has excellent camouflage, making them an excellent free-ranging chicken. They are excellent foragers and are most suited to roaming around in fields.

They are a dual-purpose breed that lays eggs even in the wintertime. This makes them highly sought after since they can basically do anything you need a chicken to do!

This is one of the few expensive breeders that aren’t rare. It is merely their popularity and dual-purpose that makes them so expensive. Hatching eggs usually cost around $10, which chicks cost $25.

This chicken is mostly so expensive because it is entirely black. Its meat is even black. You can’t find that anywhere else, so this chicken’s uniqueness steals the show. It is also said to have medicinal uses, which is another reason it is so expensive.

You’ll probably only be paying about $1 an egg. However, there will be minimum orders since this chicken will be imported. If you want to buy pullets, you can expect to pay thousands of dollars.

This chicken is also called the Svart Hona. This breed also has a completely black appearance, which you’ll find is quite common for many of the chickens on this list. They have a mutation called fibromelanosis, which causes this completely black coloration. All their body parts create lots of dark pigment, which makes the chicken completely black.

They are usually so black that they shimmer green and purple. Their face and legs are black as well.

This breed is naturally adapted to the cold. They are a landrace breed, meaning they evolved without human interference. They are a perfect breed to have in cold weather. They even lay eggs in the wintertime, even if they’re in harsher, cold climates.

They are so expensive largely because there are so few of them available. They are challenging to find, and the demand is high, which leads to a high price.

You will usually pay at least $13 for each egg. Chicks usually cost up to $100. Pullets are usually not available, as the chicks get bought up first.

A post shared by Hens on Oxney Poultry Breeding (@hensonoxney)

First, let’s take a good look at this chicken’s name. No one knows precisely why this chicken is named Deathlayer, but rumors say that it is because the hens can lay eggs until the day they die.

Despite their name, they are not all black. Instead, they are often white with speckles. However, gold and silver colorations are also possible. They often have a small red comb, which means it is likely that they have a pea comb somewhere in their bloodline.

This breed usually lays an egg every day, which is also a reason they are so expensive. This breed initially came from Germany, where it has the name Totlege, translating roughly to Deathlayer. However, the Deathlayer is a landrace breed that developed independently from humans.

Deathlayer chicks cost around $100 each. You can find hatching eggs for all sorts of different prices, but they are usually around $14.

These chickens are excellent for their meat, which adds to their high price. They are native to Vietnam and are usually only available through import. They are unique chickens, with too thick, scaly legs.

Most people in Vietnam claim that these chickens are also the tastiest breed of chicken. This has led to high demand, which in turn drives up the price. The breed itself is also rare, which leads to the huge demand for the breed.

They aren’t magnificent laying birds, as the hens only produce about 60 eggs per year. Because of their large legs, the hens have a hard time incubating the eggs correctly, so an incubator must be used instead.

Usually, you cannot find hatching eggs for this breed. Instead, breeding pairs must be purchased for thousands of dollars. Chicks and pullets are usually not available.

This chicken is renowned for being the most expensive in the world. They come from Indonesia, where they are still relatively rare. They are entirely black, including their bones and meat. They also suffer from fibromelanosis.

The chickens are partially so expensive because they are essential in many folk traditions, where they are thought to talk with spirits and heal people. They are often used in traditional medicine for all sorts of things, including good luck.

They are well known in the United States and are often called the Lamborghini of the chicken world. However, they are not documented by the American Poultry Association.

This is a Belgian chicken that is also known as the Luikse Vechter. They are likely a cross between a larger Asiatic breed and the Bruges Gamebird, a breed used for cockfighting centuries ago.

This breed is relatively large. Roosters can reach over 30 inches tall and can weigh up to 12 pounds. That’s about twice as big as the average chicken. They are a bit aggressive, however, which makes them a bit difficult to raise. They can be friendly with their human owners, though.

You can expect to pay about $75 for a chick. Pullets are available and usually cost around $150. An egg is usually around $8.

They are considered to be excellent meat birds but don’t lay that many eggs. There are a couple of color variations, including white, black, blue, and gray.

It isn’t easy to find these birds, and you’ll pay a little to purchase them when you find them. Usually, it is about $4 for a hatching egg, $10 for a chick, or $30 for a pullet.

As you may guess from the name, these chickens are native to Russia. They are one of the oldest Russian breeds. It is unknown where they originated from, so they were likely domesticated from a wild breed in Russia.

They have neared extinction almost twice in the last two centuries. They have a relatively low egg production, which is one reason why they are so rare. They are friendly and have a unique appearance, with many different color combinations available.

Usually, you can expect to pay about $75 a chick for these birds when you can find them.

The Orpington chickens aren’t as expensive as others on this list, but they are pricier than your average backyard bird. These birds are renowned egg layers, which is one reason they are so popular. They lay about 250-340 eggs annually, which is far more than most chicken breeds. Their eggs are large and brown as well.

They can also be used as meat birds, though most owners typically prize them for their egg-laying abilities.

The cost for these chickens can vary. Usually, you’ll pay about $5 for a hatching egg.

Most backyard birds are pretty inexpensive. Most people do not pay much for their birds. However, there are quite a few expensive breeds out there. Some even cost thousands of dollars. These chickens are usually expensive because they are rare.

The most expensive chickens are meat birds, as they don’t produce many eggs. If they did lay more eggs, there would be more of them, and they wouldn’t be nearly as expensive anymore. However, there are a few sought-after chickens that do lay quite a few eggs.