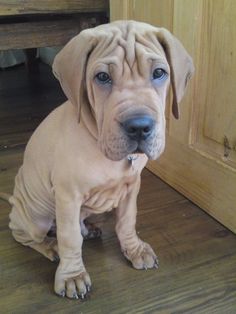 The Sharp Eagle or Sharpeagle is a mixed dog who is the result of a breeding between the Chinese Shar-Pei and the Beagle. He is a medium sized cross breed who takes part in agility and loves to be active. He is a happy dog, loves to play and have fun. His life span is 12 to 15 years.

There are a lot of great things about the Sharp Eagle especially if you are fans of either parent! He is full of life, love and will make you smile every day. He is loyal and can adapt to living in an apartment if needed. But he does have a lot of energy so he will need owners who can give hat to him and will also treat early socialization and training as something that is important.

Where does the Sharp Eagle come from?

Designer dogs are a very popular option amongst buyers today, both the public and celebrities seem to be very enamored of them! Designer dogs covers the many mixed dogs that are being deliberately bred nowadays. Most have two purebred parents and are first generation dogs, and many have names that blend the parent names. There is a division though about them, some are just in favor of purebreds only, some though make a valid point about the amount of puppy mills and bad breeders this trend has created. Always take care therefore of where you buy from.

We do not have any information on where and when the Sharp Eagle was bred, as is the case with many designer dogs. We can look at the parent purebreds though to see what may go into the mix. Always remember no matter what selling spiel the breeder may offer about guaranteed best of both parents and such, with most designer dogs there are no real promises that can be made. Anything could happen!

You can find Beagle like dogs back in Roman times but the actual Beagle we have now cannot be traced back that far. As with a lot of dogs his history is a little confused. In the mid 1800s you can see the starting of the Beagle we know today when they were bred for their hunting skills.

The Sharp Eagle is a very playful and sweet dog but loves his naps and lazy times as much as any outdoor time! He is gentle and gets along well with the whole family. He loves to make friends and be social and is very loyal. He loves to cuddle and can have a curious nature. If he feels he is not getting enough attention or that your attention should not be on someone else but on him he will let you know. He can have a stubborn side to him but he also likes to please so while he is likely to obey your commands it may take him a moment. He would rather not be left alone for long periods of time.

He is a medium sized dog weighing 40 to 45 pounds and standing 18 to 19 inches tall. He is a sturdy well built dog with floppy ears, round eyes and a black nose. He often has folds in his skin around his face and shoulders. His coat is straight and can be coarse, short or medium and thick. Common colors are golden, black, white, brown, tan and cream.

How active does the Sharp Eagle need to be?

He is quite an active dog so she will need to be with people who are happy to take a couple of long walks a day plus some play time. He should be kept on a leash unless in an enclosed area as he tends to go off following scents, or even chasing smaller animals like chipmunks and squirrels. He will also likely try to pull on the leash so may need some extra effort put into training him how to walk with you. He would enjoy going to the dog park and if there is a yard that would be an extra place for him to play. Make sure the yard is well fenced though as he is good at escaping. He can adapt to apartment living, his size is not too much of an issue, it would be important though to give him all the outside time he needs still. When not given enough stimulation he becomes poorly behaved and restless.

He is intelligent and curious so is keen to learn usually and good at it too. He tends to train quickly and easily but his willfulness can mean you will still need some patience with him. Early socialization and training is important so make sure you see he gets it. Be patient, firm, consistent and positive. Praise and reward him for his successes and avoid scolding or getting impatient. Do it right and he will loves the attention and enjoy the treats and learn quickly.

Living with a Sharp Eagle

He has moderate needs when it comes to grooming, he sheds a low to average amount so you may need to do some vacuuming. He should be bathed as he needs it, if he is not dirty and smelly let him be as having baths too often can dry out the natural oils in his skin. He needs his ears checked and wiped clean once a week, his teeth brushed two to three times a week and his nails clipped as they get too long. The last one is something that needs some knowledge of dog nails. They have a lower section that has nerves and blood vessels in it. If you cut through that it would hurt him and cause a fair amount of bleeding. If you have no experience have someone teach you or leave to the groomer or vet. Where he has folds in the skin give them a wipe clean regularly and make sure they are dried when they get wet or sweaty.

He gets on very well with children, he loves to play and be energetic with them. He does need some help with other dogs and animals. Early socialization and being raised with any of them would be a good idea. He tends to want to chase small animals from his hunting heritage. With dogs while he seems to be better with large dogs, when around smaller ones he needs socialization to learn to respond appropriately.

He can be anything from an occasional to frequent barker. He can be a good watchdog as he does bark when strangers are nearby. But some also will bark when a squirrel runs by too! He will need to be fed 1 ½ to 2 ½ cups of good quality dry dog food each day, split into at least two meals.

Issues he could inherit from his parents include Intervertebral Disk Disease, eye problems, epilepsy, hypothyroidism, patellar luxation, cancer, bloat, skin problems, OCD, Joint Dysplasia, Beagle Dwarfism, CBS and swollen hock syndrome. Check for parental health clearances to lower the chances at your dog having any of those problems. Visiting the puppy at the breeders is also an important step. You get to see not just the conditions he was bred in but also may get to see the health and happiness of other animals there which would give you a big insight into what kind of breeder you are buying from.

The Sharp Eagle puppy could cost between $600 to $1100. He would have other one off costs such as blood testing, neutering, chipping, initial shots, deworming and getting a crate, carrier and collar and leash. These come to between $455 to $500. Annual medical basics like check ups, pet insurance or savings, flea prevention and vaccinations come to between $460 to $560. Non medical annual basics like food, treats, license, toys and training come to between $355 to $500.

Looking for a Sharp Eagle Puppy Name? Let select one from our list! 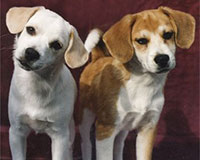 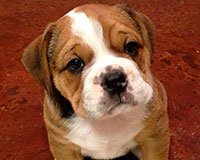 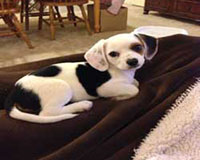 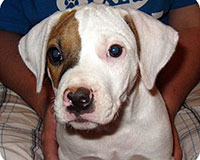 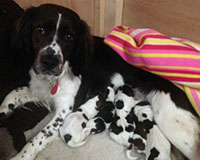 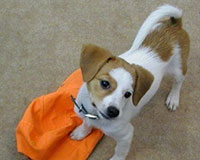 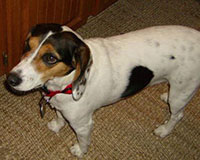 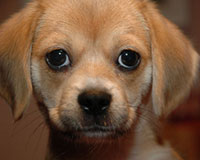 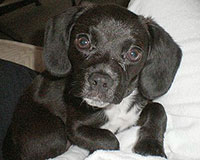 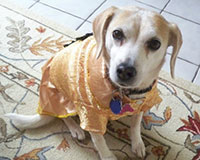