What Do Possums Eat? 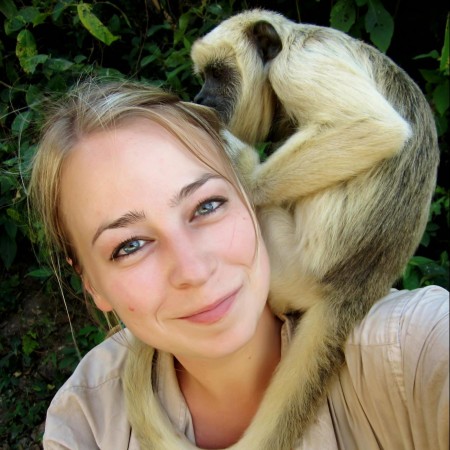 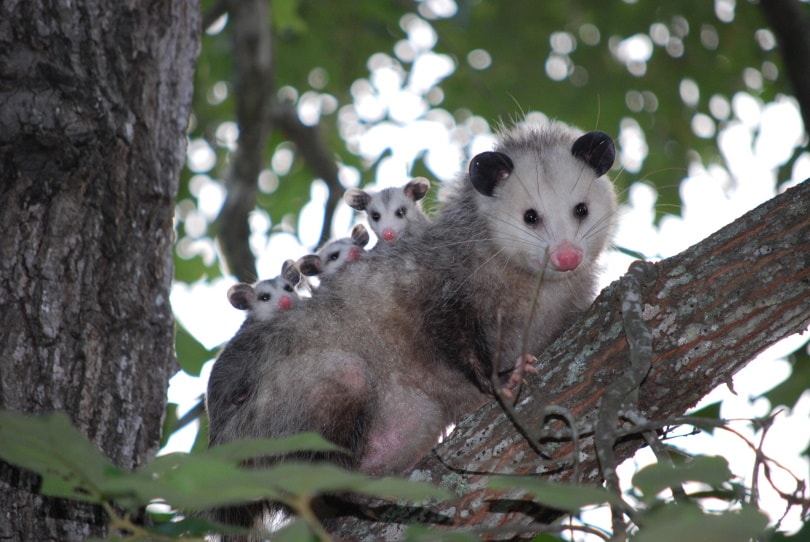 The opossum is a small mammal that mainly seeks heat and humidity to establish its nest. It is, therefore, rarer to see it creeping around houses in North America. But in recent years, it has migrated more and more north. So don’t be surprised if you catch one rummaging through your trash cans.

But what exactly does this little creature eat? The possum is omnivorous and feeds on anything that does not require much effort to catch. It goes from invertebrates to amphibians, passing by gastropods, mollusks and crustaceans, even fish, and small vertebrates. It does not disdain fruit, seeds, and the contents of garbage cans near homes. It can even feed on dead animals.

Is it dangerous or threatening to humans? How to keep them away? In this article, you will find all the answers to your questions about the possum.

Is it Possum or Opossum?

Before we dive into the heart of this article, let’s determine whether it’s better to call these animals “possum” or “opossum”. Well, both are accepted, but the scientific name for this marsupial is opossum; the term “possum” is, however, widely used in the United States.

Indeed, in everyday language, English speakers use the word possum to refer colloquially to the Virginia opossum and other species of marsupials of the American continent, which belong to the order Didelphidae or Paucituberculata.

The possum is a white rat-like mammal about the size of a cat. This animal reaches a maximum length of 25 to 30 inches and weighs around 15 pounds at its adult size. The female, on the other hand, is slightly smaller.

It is a solitary and sometimes aggressive marsupial that occupies a territory that varies with the size of the individual. It is active at night and spends the day in its nest, a tree hollow or an abandoned burrow, or even a pile of leaves.

The legs of an acrobat

Its hind legs have a thumb and look more like a hand. Its forelimbs resemble feet. This characteristic makes him an excellent climber but a poor runner.

Clumsy walker, he reaches a maximum speed of 13 km/h. In addition, it is short on legs, which allows it to squeeze into bushes and other hiding places quickly.

Its fingers, except for the thumb, are fitted with long, sharp claws. When climbing, the opossum sticks its claws into the tree’s bark and thus solidifies its position.

Where Do Possums Come From?

Dating back over 55 million years, the possum is a prehistoric animal and once lived alongside dinosaurs. Originally from hot countries, it moved from South America to the northern part of the continent. Its name comes from the Native Americans, who called it “apasum”, meaning the white animal.

It is from the marsupial family, which means they have pouches to carry their babies. You are undoubtedly familiar with Australia’s most popular marsupials:

Therefore, the opossums are the only marsupials living outside Australasia, apart from the small family of Coenolestidae found only in the Andes. The best-known possum is the Virginia opossum, common in several North and South American regions, from Canada to Argentina.

What Does its Diet Consist Of?

The opossum is omnivorous but predominantly carnivorous. The list of things it eats is endless; it would surely take less time to list the foods it refuses to eat! But here’s a quick rundown of this little glutton’s favorite foods:

In town, it feeds on vegetables from your garden and rummages in your trash cans.

If it finds a good food source in its territory, the opossum does not move more than five hectares from its nest. On the other hand, if this is not the case, it travels four times greater than its territory to obtain supplies.

Its Habitat, a Cozy Little Nest

The opossum is lazy. Rather than building its own burrow, it settles in an abandoned underground nest, by a skunk or a groundhog, for example. It favors woods and marshes; it then lines this gallery with leaves and twigs to make its new home cozier, where it spends most of its day dozing.

In urban areas, it takes shelter under the balcony of a house, in the garage, or even in the sewers. If you discover this animal under your porch, don’t worry. Quickly contact a specialist who will help you return the opossum to a habitat more suited to its needs.

What Is the Unique Defense Strategy of Possums?

When threatened, a possum adopts an unusual defense strategy: it plays dead.

But this defense does not end there. Not only is it lying on its side, its body stiff and rounded and its tongue hanging out, but its drools, defecates, and discharges a foul-smelling green substance. Then, believing to be dealing with carrion in an advanced state of decomposition, the predator abandons its prey; the possum will then immediately regains its vitality. Thus, although it can frequently escape wolves, coyotes, and other carnivores, it is nevertheless the prey of many raptors, both diurnal and nocturnal.

Is It a Dangerous Species?

The opossum is not a dangerous animal. However, like any wild animal, it is essential not to attempt to approach or feed it to avoid aggressive behavior towards humans. When it feels threatened, it may cry out or growl while baring its teeth.

Opossums are also susceptible to diseases like many other mammals, including rabies, but the risk is minimal, and they are rarely infected.

1. It plays dead when predators approach it. It can even fake the smell of putrefaction and reduce its heart rate for up to 6 hours!

2. It is quite peaceful and does not tend to attack. However, it is not recommended to approach it, as it has small sharp teeth, and it might want to bite you if it feels threatened.

3. It has a diverse diet and is often found in the yards of people feeding other animals.

4. It very rarely carries rabies. Although it carries a few parasites on its own, it is rare for the Virginia opossum to have the rabies virus.

5. Its diet and habitat are very similar to that of the raccoon. Omnivorous and opportunistic, both species feed on a variety of plant and animal matter. They’ve also both gotten used to rummaging through human trash cans. However, clashes between them seem limited due to differences in their food preferences and the times they forage for food.

How to Keep Possums Away?

Here are some tips for keeping possums (and other wild creatures) that roam your home away:

Although the possum might seem a little scary when you come face to face with one of these creatures at night, devouring your leftover food in your trash can. However, they will not do you any harm, as they are only trying to find more food for their very varied diet. The best thing, in this case, is to call a pest management specialist. And whatever you do, don’t feed them – they’re not exactly picky when it comes to food, so you might get their visit every night if you start providing their food.