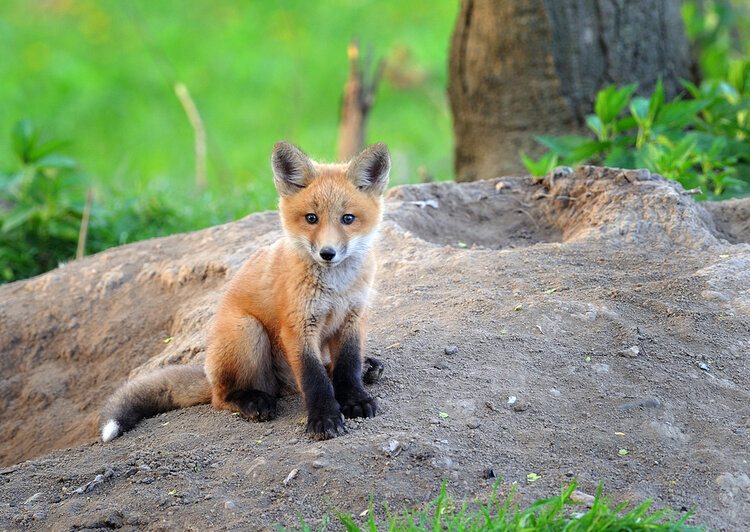 Foxes have had a major impact on the native animal populations of Australia. Though many people consider them to be cute, Australians would consider them to be a nuisance. But these are hardy creatures that can survive in a variety of environments, and the Australian Outback has been no hindrance to the species’ success on the continent.

Are Foxes Native to Australia?

Foxes are not native to Australia. They were first introduced for hunting purposes in the mid-1800s. However, populations soon sprang out of control. It took the species about 100 years to spread across the entire continent.

Because foxes are not a native species of Australia and they cause serious damage to native animal populations, they’re considered to be an invasive species. They’ve even managed to spread to Tasmania through illegal introduction.

The Effect of Foxes on Australia

In Australia, foxes limit the populations of native mammals. They prey on smaller mammals, such as possums, wallabies, and rat kangaroos, which have seen dwindling populations as a result.

In total, seven mammal species are considered to be under definite threat. An additional 14 mammal species are perceived to be threatened. Foxes have preyed on mammals, ground-nesting birds, reptiles, and more. Worse, they spread disease across native animal populations that further destroys them.

How Many Foxes are in Australia?

Foxes have been so successful in Australia that their populations have exploded while other native mammals have been on the decline. What started as a few foxes imported for use in hunting has become a massive and widespread problem.

Counting wild creatures is very difficult business, and populations are growing all the time. In 2012, it was estimated that there were more than seven million red foxes in Australia, with a population growth that’s showing no signs of slowing down.

Mammal populations are declining all across Australia. While foxes are a contributing factor, they’re not the sole culprits for the decrease in mammals. However, a recent study found some interesting results.

It turns out that marsupials are surviving in the highest numbers where dingoes are found in the highest densities. This almost seems counterintuitive since dingoes feed on many of these smaller marsupials. But it turns out that dingoes kill foxes and wildcats, which are keeping native mammal populations low elsewhere. This means that there aren’t as many predators near dingo populations, resulting in higher populations of prey species as well.

Tasmania has been working hard to avoid repeating the same fox problem that Australia has been forced to deal with. Despite their best efforts, foxes have been illegally introduced to the island. But the Tasmanian Fox Free Taskforce is working to eradicate the fox problem before it gets out of hand.

Foxes are a major problem for Australia. These creatures seem cuddly and cute when they’re not an invasive species. But when they’re destroying the populations of native mammals across an entire continent, you start to see them in a different light. They might be cute critters, but they can have devastating effects if introduced to the wrong area.