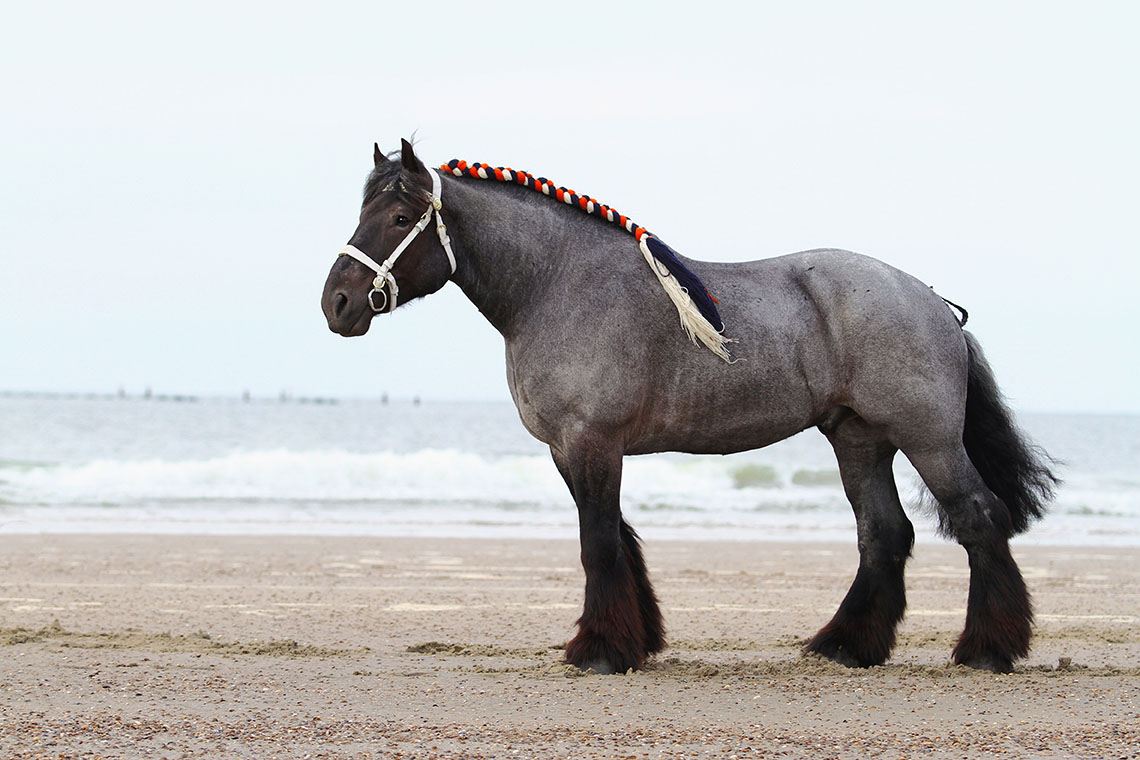 The Dutch are renowned for their wizardry with horses. For centuries, Dutch horses have been used to improve other horse breeds, thanks to their superior genetics. In fact, most modern breeds trace part of their lineage back to the Netherlands.

It is believed that the Dutch began horse breeding as early as the 4th century, which explains why they are so good at it. Interestingly, each province had a signature breed. The primary motivation for this practice was to develop working animals to be used in farms. This is the reason Dutch horses have a propensity for extreme strength and muscularity.

Unfortunately, the advent of mechanization in the agricultural sector in the 1950s saw machines replacing horses in the fields, as they were more efficient in addition to being cheaper to maintain. As a result, the demand for Dutch horses went down drastically, with some breeds all but disappearing.

Fortunately, the rising popularity of equestrian sports and hobbies has seen Dutch horses making a comeback. The following are 7 Dutch horse breeds you should know about.

The Arabo-Friesian has interesting origins. It came about from the crossing of Arabian horses with the Friesian (a Dutch breed) during the Spanish invasion of the Netherlands in the late 16th century.

As mentioned, the Friesian is native to the Netherlands. When Spanish conquistadors invaded the Netherlands, they immediately took a liking to the lean, muscular, and graceful Friesian. They saw the potential for a super breed if they crossed it with Spanish horses with Arabian heritage. The Arabian horse is renowned for its next-level endurance.

Consequently, the conquistadors forced the locals to give up their Friesian mares to cross with Spanish stallions. The result was the Arabo-Friesian – an incredibly athletic horse. It is believed that the Arabo-Friesian is one of the ancestors of modern popular breeds, such as the Morgan and the Orlov Trotter.

During the 1960s, breeders began enhancing the Friesian using the Arabian. The goal was to enhance its lung and heart capacity and strength while retaining the Friesian’s physical characteristics.

As a result, the present-day Arabo-Friesian looks just like the Friesian, but with the Arabian’s toughness and endurance. Their smooth gait makes them popular pleasure horses.

The largest of all Dutch horses, the Dutch Draft was created to help with heavy farm work. Unfortunately, it was one of the breeds that were affected by mechanization. Luckily, their numbers are stable today.

Despite being a giant of a horse, the Dutch Draft has an exceptionally quiet disposition. It typically comes in bay, grey, chestnut, or black.

Also known as the Tuigpaard, this horse is a variation of the Dutch Warmblood and is meant to be a harness horse. Nonetheless, even among warmbloods, the Dutch Harness is exceptionally spirited.

Since Dutch Harness horses were bred to be harness horses, they were originally used for farm work. However, they were also a sign of prestige, with wealthy farmers often using them as their go-to horses for town visits. Even today, the Dutch Harness remains one of the most popular horses in the Netherlands.

The Dutch harness is a large animal, averaging a height of 16.2 hands. It comes with a high-set neck, long and powerful shoulders, and a long back. And it comes in bay, black, chestnut, cream dilutions, pinto, and roan.

This breed is good-natured and loves being active. Today, the Dutch Harness is used mainly as a riding and competition horse.

The Dutch Warmblood is a beautiful and athletic breed that is the result of crossing the Gelderlander and the Groningen, which are both native to the Netherlands.

The Dutch Warmblood was bred to be a competition horse. The Gelderlander was selected for its reputation as a great forehand while the Groningen was utilized due to being powerful under saddle. The breeders also threw in a dash of the Thoroughbred for stamina and courage.

The result was a lean, muscular, intelligent, and exceptionally agile animal that we know as the Dutch Warmblood. Dutch Warmbloods come in either bay, black, gray, or chestnut. They average a height of 16 hands and have an even temperament.

The Friesian is one of the oldest horse breeds in the world, with a history dating as far back as 150 AD. These horses are thought to be some of the founding breeds of the “Old English Black,” which in turn is an ancestor to the Fell Pony and the Shire horse.

Despite the Friesian’s striking appearance and flashy movements, it is used mainly as a farm animal. However, their natural attributes make Friesians great show and performance animals. In the past, they were used as military mounts thanks to their high intellect, courage, and ruggedness.

The Friesian sports an arched neck, powerful slanting shoulders, a strong back, and a flowing mane and tail. Seemingly aware of their beauty, Friesians have an air of grace about them. This beautiful horse stands about 15 hands tall, and typically comes in black.

The Friesian is intelligent and loves being put to work.

Native to the Gelderland province in Holland, the Gelderlander was a remarkable carriage horse that also doubled as a show animal due to its athleticism. Unfortunately, active breeding of the Gelderlander ceased in the 1960s, as breeders looked to use it to make an even superior horse – the Dutch Warmblood.

The good news is that all of the Gelderlander’s attributes have been passed on to the Dutch Warmblood.

The Groningen is native to the Groningen province. This horse came about from crossing the Oldenburg with the East Friesian. However, there is a possibility that some other breeds were used as well.

Nonetheless, the result was a gorgeous horse with great endurance, stylish movements, and a charming disposition. It is for those reasons that the Groningen was selected to help create the Dutch Warmblood.

Dutch horses are coveted all over the world for their supreme attributes. From farm work to shows and athletic events, they can do it all. Which among these breeds fascinates you the most? Let us know!