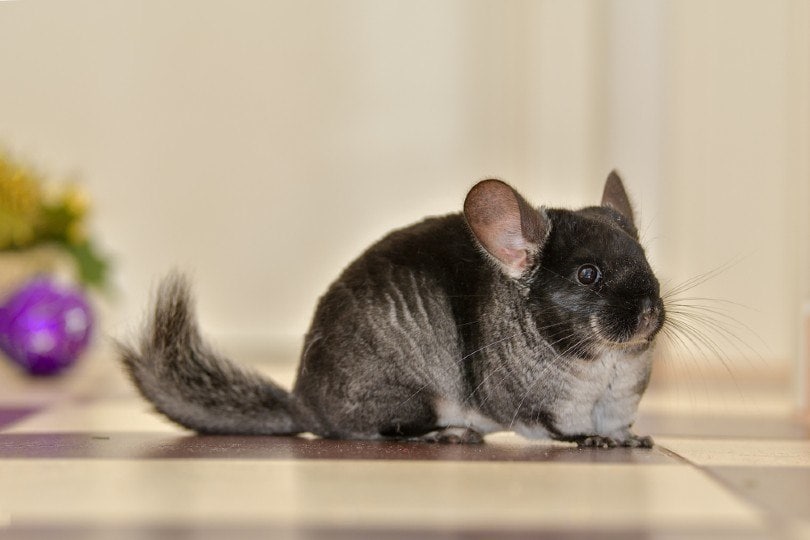 The chinchillas are native to western South America where they inhabit the rocky slopes of the Andes Mountains that have an elevation height of 9 to 15 thousand feet. At this height, it can get quite chilly, especially at night. Since chinchillas are crepuscular, meaning they are most active during the evenings, they will be exposed to the rapidly dropping temperatures during this time.

So, what is the lowest temperature chinchillas can tolerate, and what is their ideal temperature range? This article has all the answers you will need!

How Cold Can Chinchillas Tolerate?

The lowest temperature a chinchilla can tolerate is between 25° to 40° Fahrenheit (-4°C to 4.5°C). However, it is unlikely that your home will ever reach such cold temperatures because it will be uncomfortable for you. If the temperature begins to drop rapidly without giving your chinchilla time to adjust to the temperature changes, they can begin to develop respiratory issues, and their metabolism can begin to slow down. This can lead to death if the issues progress and are not treated appropriately.

Captive-bred chinchillas have not grown up in the wild and therefore have not adapted to extreme temperatures. In the wild, the Andes Mountains can drop to 23° Fahrenheit (-5°C) at night. During this time, the chinchilla will keep themselves warm in burrows or rock crevices where they will huddle together with their colonies to preserve body heat.

The Andes Mountains temperature range is quite low all year round, in winter the average daytime temperature is below 50° Fahrenheit (10°C), whereas summer temperatures usually average around 68° Fahrenheit (20°C). The cooler temperatures are much more prominent near the peak of the mountains, but chinchillas will inhabit the lower areas where it is slightly warmer. The peaks of these mountains are covered in snow during the mid-winters and chinchillas will avoid inhabiting this area.

How Do Chinchillas Tolerate Such Cold Temperatures?

As the temperature begins to drop from the evening and all heat from the sun is replaced with chilly winds, chinchillas will escape from the open and retreat to their warm homes where they will stay until the temperature warms up again. In addition, the chinchilla is covered in dense, thick fur. They also do not have sweat glands, which is why they find it difficult to thrive in warm conditions.

Their coat stays thick throughout all seasons, and moisture or drafts can mess with the chinchilla’s temperature regulation. For this reason, you should avoid bathing your chinchilla or keeping the enclosure in draft areas where they are exposed to strong winds.

Chinchillas will ‘bathe’ in dusty volcanic ash to help evenly distribute their natural oils. These natural oils not only help keep your chinchillas coat soft and shiny but also helps to remove dirt and debris that can prevent them from temperature regulation. In captivity, you can purchase chinchilla bathing sand to replicate this.

Since chinchillas are social animals, their companions will help keep them warm. You can observe your chinchilla huddling with its cage mate if the temperature drops below ideal conditions.

Can Chinchillas Be Kept Outside?

Furthermore, the harsh sun and wind can negatively affect them which can put your chinchilla in a state of discomfort. Predators and harmful plants or seeds can also enter your chinchilla’s habitat and cause further problems.

It is recommended to keep your chinchilla indoors away from an open door or window, where they are sheltered from the elements and potential predators.

What Happens If A Chinchilla Gets Too Cold?

Although chinchillas can tolerate very low temperatures, it does not mean that the temperature should be so extreme in captivity. Captive-bred chinchillas do not have the same mechanisms to keep them protected from harsh weather. If they are kept in temperatures below 50° Fahrenheit for long periods, they can suffer from respiratory distress or develop hypothermia. Both conditions should be treated promptly with the help of an exotic veterinarian, as hypothermia is deadly to chinchillas.

If the temperature is not properly regulated to keep them comfortable, your chinchilla can succumb to the elements and even die.

Can Chinchillas Go In Snow?

You may have seen the adorable videos of chinchillas running through the snow going around on the internet, however, it is not recommended to do this. Chinchillas’ coats are not adapted to tolerate being in the snow, and it can be uncomfortable for them.

In the wild, chinchillas will not experience direct contact with snow, and they would much rather be huddled with their colony in a burrow than play in the snow.

If it is snowing outside where you live, it should not be a problem for your chinchilla if no drafts or snow can reach them.

Relaed Read: What Happens if Chinchillas Get Wet?

A comfortable temperature for a chinchilla is between 60° to 74° Fahrenheit (15.5°C to 23°C). This is not too cold nor hot for them and is the typical house’s temperature range all year round.

Due to their dense fur coats, they do not tolerate high temperatures well. This makes it essential to keep their enclosure in a cool, dry place with lots of ventilation. Avoid exposing your chinchilla to humidity levels above 60% as they do not naturally experience this.