How Much Does a Bale of Hay Cost for Horses? 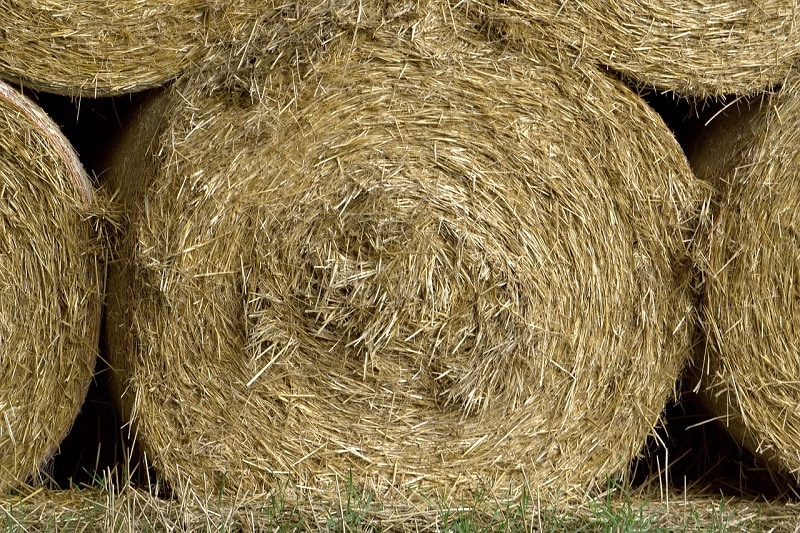 Hay is something that you need to feed your horses. Because horses are so large and can eat so much, you need to have a thorough budget that accounts for all of their snacks and food, like hay. It can be tough to estimate how much hay costs if you’ve never bought it before.

Obviously, it can be tough to estimate price since we don’t buy hay for ourselves. Other factors can make it difficult to estimate the price too. Climate, location, and hay type all affect the exact cost for a bale of hay.

If you want to learn about the average price for a bale of hay, as well as factors that affect hay bale price, keep reading. This complete 2021 price guide for hay can help you better estimate how much you need to spend on your horse’s hay diet.

What Is the Average Price for a Bale of Hay?

On average, a bale of hay costs around $15. For example, two wired Alfalfa Hay bales typically run high, costing $19.95 apiece, whereas bermudagrass is only $8.75. Timothy Hay is the most expensive, typically costing at least $20 a bale.

As you can see, the price for a bale of hay is kind of all over the board. Above, we primarily only mentioned the differences in price based on hay type. There are other factors that impact cost too. Let’s look at the four most important factors that can determine the cost for a bale of hay.

Once again, the biggest factor that will impact hay bale cost is the hay type. A lot of people don’t realize that there are different types of hay. For example, Bermudagrass Hay tends to be the most affordable, whereas Alfalfa Hay and Timothy Hay are much more expensive.

Timothy Hay is by far the most expensive option, and not just for horses. Many other animals eat Timothy Hay, such as rabbits and guinea pigs. Because of the quality and quantity of animals that need Timothy Hay, its price is much more expensive than other hay varieties.

Interestingly, the best hay for horses is Alfalfa Hay. It has a high protein count, nearly double that of Timothy Hay and Bermudagrass Hay.

Here is a breakdown of the four most popular types of hay for horses:

In addition to hay type, hay quality matters a lot. Hay quality is measured in grades. It ranges from Grade 1 to grade 3. Although there is no standard measurement for grading hay quality, it does give you a general idea of the quality of the hay you are buying. Grade 1 is better than grade 3.

In order to determine the grade, sellers will look at the hay color, freshness, moisture, and nutrients. They especially want hay that has a lot of protein and calories. In order to properly test the hay, samples are collected from the bales to be tested.

Even though pay grade might not seem like a big deal to you, it can actually impact your horse’s health dramatically. The various grade levels come with the different amounts of vitamins and nutrients, which are all necessary for the horse to live healthfully.

Foliage type also impacts its price. Although it may seem like hay bales are simply made from the hay, they are made from a variety of different vegetation. For example, Timothy Hay and Bermudagrass Hay are considered grass hay. Alfalfa Hay, on the other hand, is a legume hay. Legume hay tends to have much more protein than grass hay.

Finally, the last factor that majorly impacts the price is the season. During hay seasons, bales can be picked up from fields for about $1 or delivered for up to $3. During the offseason, you can easily expect to pay two to three times more for the same quality of bales.

Can I Find Hay Cheaper?

If you are on a budget, you may be looking for ways to get good hay for cheap. The best way to save on hay is to find local pastures near you. For example, many people who live in pastureland will split collected hay bales with neighboring farms for free or very little.

You can also look at different sites online. For example, Hay Exchange offers bales of hay at a much more affordable price than you would get them otherwise.

How to Pick Hay For Your Horses

After learning about the average cost of different hay types, you might be wondering which hay you should select for your horses. Here are two tips for picking the right type and amount of hay for your horse.

You need to begin by selecting a hay type that is suitable for horses. Alfalfa, Timothy, and Bermudagrass Hay are the best, but Alfalfa is by far the most superior because it has a higher protein count. If you cannot afford Alfalfa or Timothy Hay, Bermudagrass Hay will work too.

In addition to looking at the hay type, look at the hay quality. You can do this by physically examining the hay and asking about the grade before buying it. Also, ask the seller if they have analyzed samples of the hay for the nutrient density. Most commercial sellers should have this information already available.

Once you have selected a proper hay type, you need to know how much to get. Horses roughly eat 1% of their body weight in hay per day. This allows their digestion to perform correctly. With this estimate, that means that a horse that weighs 1,000 pounds should eat 10 pounds of hay a day. This would allow a regular 60-pound bale of hay to last six days.

On average, a bale of hay will cost $15. The hay that you select may cost more or less than this estimate based on the hay type, hay quality, hay foliage, and the season. In other words, you may want to check out local prices near you to give yourself a better idea of how much you will pay for the hay.

Remember: not all hay is equal. Alfalfa Hay is the best, but Timothy Hay and Bermudagrass Hay are good too. Always ensure that the hay you select has a good nutrient percentage to ensure that your horse is getting all the nutrients it needs to live a happy and healthy life.