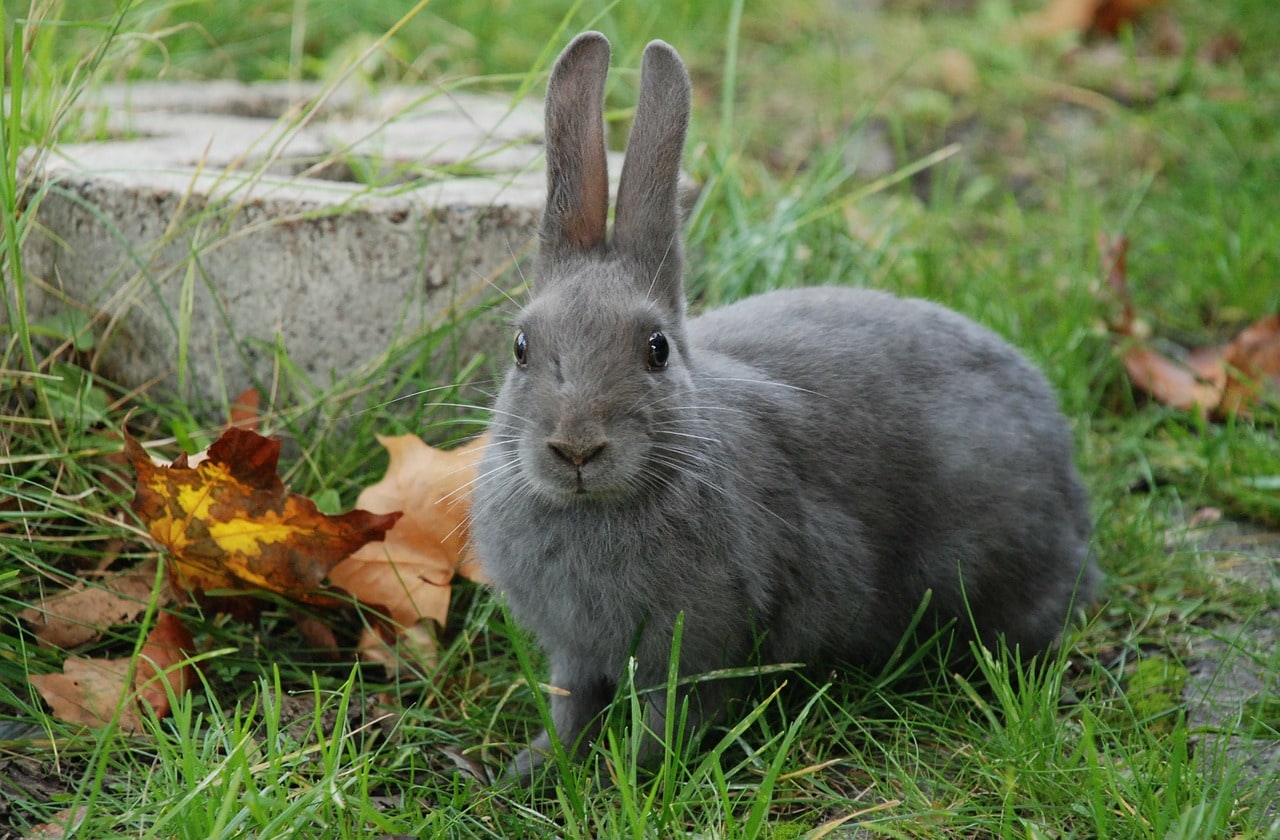 Named for its strikingly colored, dense fur that resembles a wild fox of the same name, the Silver Fox has been recognized as a breed by the American Rabbit Breeders Association since 1925. Weighing in on the larger side of standard rabbit breeds, this all-rounder has been bred for meat, fur, show, and to keep as a pet!

With their trademark silver guard hairs, Silver Foxes are sure to stand out from a crowd. If this rabbit breed has sparked your curiosity, read on to find out more about its history, habits, and suitability as a pet!

History and Origin of the Silver Fox Rabbit Breed

Mr. Walter B. Garland of North Canton, Ohio is responsible for producing the first ever Silver Fox rabbits in the 1920s. Proud of his new creation and not wanting to give away his secrets, the parentage of the Silver Fox is lost to history. However, many breeders speculate that a combination of Checkered Giants and Champagnes produced this uniquely colored large rabbit.

Formerly known as the American Silver Heavyweight, Silver Foxes gained their current name four years after being recognized by the ARBA. Likened to the silver coloring phase of a red fox, the former Heavyweight’s mouthful of a name was made more user-friendly in an attempt to popularize the breed.

Though once an incredibly popular breed for show at National Conventions, the Silver Fox steadily lost its ground as other more recent rabbit breeds have taken the scene. Now considered as “threatened” status by The Livestock Conservancy, breeder’s clubs have been attempting to restore a more vigorous population of this attractive and charming breed.

(Thank you to Ms. Lynn M. Stone for writing the book, Rabbit Breeds: The Pocket Guide to 49 Essential Breeds, which we’ve used as a reference here.)

Most noticeable for their profusion of silver hairs on a black base coat, the Silver Fox has fur unlike almost any other breed of rabbit. As one of the only rabbits with “stand up” fur, the Silver Fox’s coat will remain in place when brushed against the grain; other rabbits’ coats will “fly back” into place almost immediately.

Most likely coming from Giant stock, the Silver Fox has all the characteristics of a large, commercial rabbit: A strongly muscled frame, proportionate width and depth, and a plush coat. For showing standards, a weight of up to 12 pounds is acceptable for females, and rabbits kept as pets will rarely exceed this weight.

An abundance of timothy hay and multiple sources of clean, fresh water will do any bunny good, but are especially essential to the Silver Fox’s most signature look. Excellent nutrition will go a long way towards making sure that these rabbits maintain a lustrous, evenly colored coat.

Be sure to include regular sources of vitamins and minerals for your rabbit as well! This includes both protein dense kibble as well as plenty of dark, leafy greens. When choosing among herbs and greens, be aware of potentially poisonous plants that you should never feed a rabbit.

Though certainly not an essential part of any rabbit’s diet, Silver Foxes will gladly repay you in lavish affection for any flowers, fruits, or vegetables that you give them as a treat. Moderation is key, here: Once or twice a week should be the maximum that you’re giving sugary treats.

Because of their somewhat larger size, be sure to give your Silver Fox plenty of room to run and play. Larger breeds of rabbits are particularly sensitive to getting enough exercise, since extra weight can put a greater stress on their already fragile joints.

Unlike many other rabbits with unique and eye-catching coats (we’re looking at you, Silver Foxes don’t require much more grooming than any other breed. A simple once-weekly brushing with your dedicated rabbit brush is enough to keep them looking fresh and handsome, though you’ll want to increase to twice weekly during shedding season.

As if a unique look and easy grooming weren’t enough reason to want a Silver Fox as a pet, they are also well-known for their friendly and gentle demeanors. Most Silver Foxes will enjoy being handled and getting plenty of attention, making them a natural fit for everyone from a single owner to a family with children.

Final Thoughts on the Silver Fox

Combining a somewhat mysterious breeding history with a unique appearance and friendly temperament, Silver Foxes are one of the best rabbit breeds that you could choose for a pet. Though somewhat rare to find, they are well worth searching for! Search for rabbit breeder’s clubs in your area to get a lead on where you might find the elusive Silver Fox.