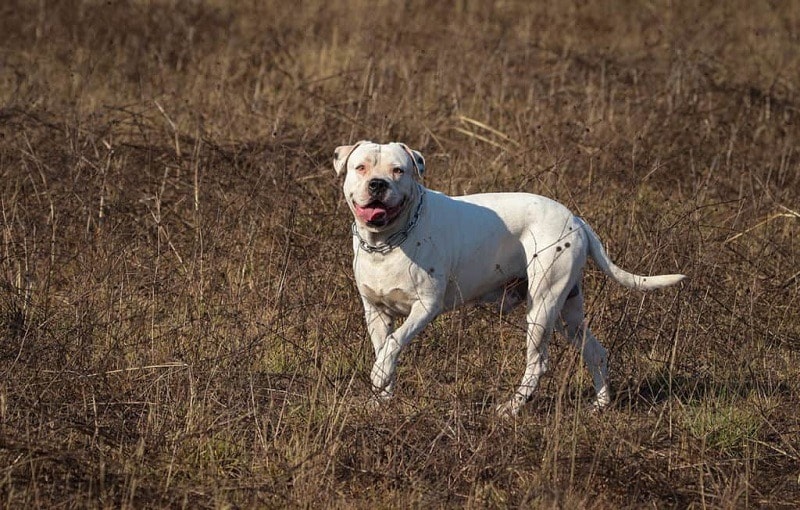 Bulldogs are some of the most popular dogs around the globe. One of their bigger varieties is the American Bulldog. The American Bulldog is a highly affectionate, gentle, and loving dog that many people can’t get enough of. These gentle giants are a favorite among families and those in need of a work dog.

Although American Bulldogs are highly kind and lovable, they are not suited for all homes. Because of their size, for example, they need a lot more space and area to play. There is more to consider than just their size and space, though.

If you are considering getting an American Bulldog, you have come to the right place. In this guide, we give you a thorough rundown about what American Bulldogs need for a long life and what to expect when owning one. This can help you determine if this fun-loving giant breed is right for you and your home.

American Bulldog Puppies – Before You Buy…

Bulldogs as a whole are considered one of the most expensive breeds around. American Bulldog puppies go for around $1,200 to $1,500. This is definitely on the more expensive side of things, meaning you probably don’t want to select this dog if you don’t have a lot of money up front.

There are two main reasons why American Bulldogs are so expensive. Firstly, they are a loved breed. For this reason, they are in high demand. Per the laws of capitalism, higher demand leads to higher prices.

Secondly, American Bulldogs are also expensive because breeding them is more difficult. Although American Bulldogs tend to be healthier than French and English Bulldogs, breeding is difficult and costly. Their heads are so large that birthing typically requires a caesarean section, which is costly and dangerous.

Believe it or not, but American Bulldogs are not good swimmers. Although they might be able to survive some swimming, they can drown really easy. This is because the size of their head makes it much more difficult to doggy paddle than other breeds. It’s best to keep American Bulldogs away from water for safety purposes.

Even though American Bulldogs are one of the most popular breeds today, they almost went extinct during World War II. it wasn’t until John D Johnson, a war veteran, took the time to resurrect the breed that they make a comeback. He worked tirelessly to re-establish the American Bulldog.

From Johnson’s work, multiple bloodlines were established, creating different physical traits. This created two prominent lines, including the Johnson type and the Scott type. Johnsons are much bulkier and have a bully look, whereas Scott types are more athletic. Most American Bulldogs today are a mixture of the two.

Now, American Bulldogs are safe from extinction. They remain the most popular breed in LA and the sixth most popular in the United States as a whole. The breed certainly has come a long way since World War II.

3. American Bulldogs Are a Favorite in Pop Culture

For some reason, movies and entertainment love American Bulldogs. One of the more known American Bulldogs is actually the dog in Tom and Jerry. You can also see them in the 2013 film Joe or the 1993 movie Homeward Bound. 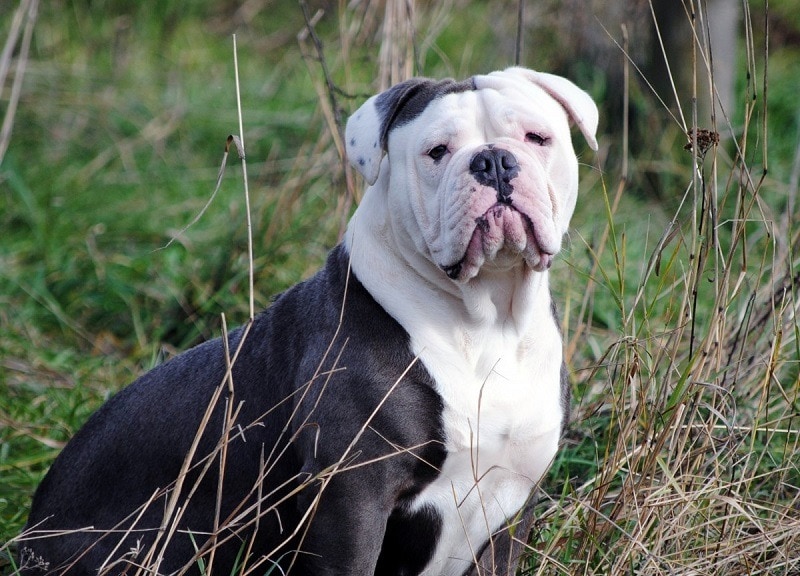 Temperament & Intelligence of the American Bulldog

American Bulldogs are highly intelligent, and they can have good temperaments, but they require much more training and care than other breeds. Early socialization is key for this breed, but they still will likely not be as gentle with other dogs as some owners would like.

American Bulldogs, despite their bigger size, are often great for families. Especially if you get an American Bulldog at a young age, they tend to be great for all family members, including children.

They tend to be incredibly affectionate and gentle with children, making them suitable for families.

With that being said, it’s important to teach your children how to properly play with dogs. More so, always supervise playtime to ensure that the child is not aggravating the dog and the dog is not showing signs of aggression or annoyance.

One of the downsides of an American Bulldog is that they aren’t the best with other animals. They don’t tend to be any more aggressive with cats than other breeds, but they aren’t always the best option if you already have dogs.

Of course, early socialization can make a big difference. If you get your American Bulldog at a young enough age, you might be able to train them to get along with all dogs, but this may not be the case. That does not mean they will be outright aggressive to other dogs. It just might be that they are more defensive or hesitant around them.

Things to Know When Owning an American Bulldog:

Before owning an American Bulldog, there are some things you need to know. Although American Bulldogs are healthier than other bulldog types, they do come with known health conditions, grooming needs, and differences between males and females.

Feeding your American Bulldog a protein and fat-heavy diet from a young age can help a lot. Offer food that have proteins sourced from animals, such as chicken, turkey, duck, and venison. Steer clear of foods with a high carb content.

American Bulldogs also need a lot of exercise. Whenever they are inside, they don’t tend to be rambunctious, but they can get bored really easily. Fight that boredom by playing with them frequently or taking them on long walks.

Because American Bulldogs have a shorter snout than many other breeds, be careful when exercising your dog outside in hot weather. American Bulldogs can overheat easier and have trouble breathing than other breeds. So, keep a close eye on this fact or bring a portable water bottle for your dog.

Even though American Bulldogs may look a bit scary, they are incredibly easy to train. This breed is really loyal to their owners and want to please them. This makes them a highly trainable breed. With that being said, American Bulldog puppies can be a bit rambunctious, but they will be easily trained once they start to settle down.

Even though American Bulldogs come with short coats, they have moderate and seasonal shedding. Because of this fact, you need to brush the American Bulldog coat regularly. This will keep their coat healthy and combat excess hair around your home. Expect to vacuum frequently, especially during their shedding seasons.

American Bulldogs are one of the breeds that express sex differences very clearly. Males are notably larger than the females, meaning you should opt for a female if you want a smaller American Bulldog. Both dogs tend to be equally as aggressive around other dogs but can be trained.

American Bulldogs are a great breed if you want a gentle giant to play with. Although they will need early socialization and a lot of care to ensure they aren’t aggressive around other dogs, the effort very well may be worth it for a loyal and fun-loving giant.

If you have an American Bulldog, just make sure to offer that dog ample exercise and play time but watch out for their breathing. Additionally, be proactive in providing them nutritional treats to keep them healthy as long as possible. Oh, and you might want to anticipate a little bit of slobber, but that comes with the territory of any large dog!