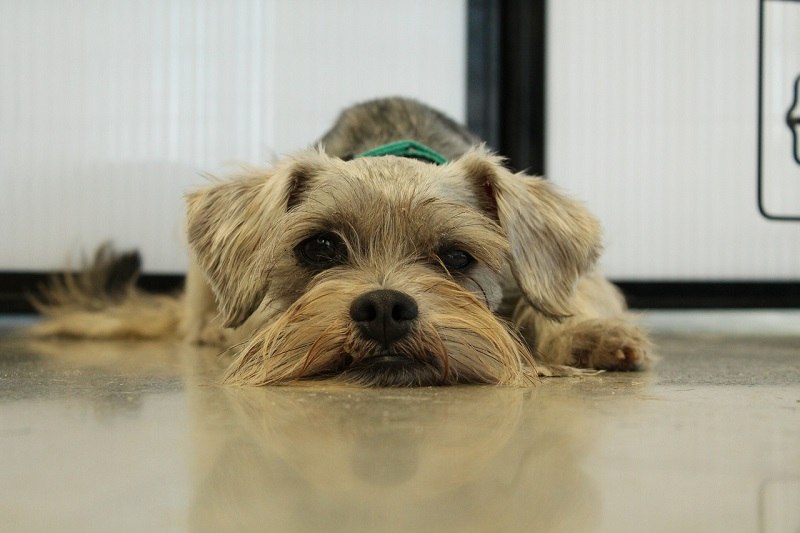 Canada is well-known for its no-kill shelters, and far fewer healthy animals are euthanized every year in Canada than in the United States. In fact, the numbers for adoption far outweigh euthanization in Canada, and the numbers of homeless pets in Canadian shelters are gradually declining. This is mostly due to the majority of Canadian shelters’ policies of spaying and neutering — most do not allow animals to leave their care without the procedure. This helps reduce the pet population overall, albeit gradually.

That said, there are still large numbers of pets in shelters across Canada, the majority of which are cats, followed closely by dogs, but many other species end up in shelters too. Let’s look at 10 Canadian animal shelter statistics to know in 2022.

1. There are currently over 170 animal shelters in Canada.

Humane Canada is a federation of Societies for the Prevention of Cruelty to Animals (SPCAs) and humane societies and makes up the largest community of animal welfare organizations in Canada. In 2020, Humane Canada conducted a survey to collect shelter data, which was sent out to Canadian humane societies and SPCAs across the country, operating in over 170 different animal shelters.

The 2020 survey, which collected data for 2019, got responses from just under 50% of these shelters. According to the data received from participating shelters, these organizations took in more than 78,000 cats and just under 28,000 dogs, numbers that thankfully, have gradually been decreasing since 2011.

The survey also showed that these organizations took in over 11,000 species of other animals. These included small mammals, like mice, guinea pigs, and rabbits, and more exotic pets, like parrots, pythons, and tortoises. Unfortunately, these animals are far more difficult to care for and rehome, and thus, many are euthanized due to a lack of adoption options.

Overpopulation Is a Major Cause of Pets in Shelters

4. Twice as many cats as dogs are taken into Canadian shelters on average.

More than twice the number of cats are taken into Canadian shelters than dogs, a trend that has been occurring for decades. This is mostly due to cats roaming unsupervised and a lack of spaying and neutering in Canada’s cat populations. There is a large proportion of juvenile cats in shelters — again, twice that of dogs — pointing to the ongoing problem of unplanned and unwanted litters.

5. Overpopulation is a major factor in euthanization in Canadian shelters.

There are an estimated 8.1 million cats considered to be household pets in Canada. Many public survey results show that the top three sources of cats are from friends or relatives, indicating that a huge percentage of cats in Canada are not spayed or neutered. With so many people obtaining cats and kittens by these means, they are not benefiting from the practices of shelters, which only release spayed and neutered cats from care, and are allowing intact females to roam around freely.

This results in thousands of kittens with no future homes, which prevents adoption from shelters and adds to the overall number of cats in shelters. This sheer overpopulation is the major cause of cat euthanization in shelters.

Euthanization Rates in Canada Are Decreasing

6. Only 10% of dogs in Canadian shelters are euthanized.

Canada is known for its no-kill shelters — few healthy animals in Canadian shelters are euthanized — and with adoption rates growing overall, Humane Canada reported the lowest euthanization rates ever, with only 10% of dogs in shelters being euthanized. Of this number, only 2% were healthy dogs that could not find homes.

7. Only 15% of cats in Canadian shelters are euthanized.

Euthanization rates are dropping for cats too, but due to the sheer volume, the numbers are larger than dogs. Around 15% of the cats taken in by shelters were euthanized, but only around 2% of these were healthy individuals. This is a vast improvement from previous years: The number was closer to 20% in 2015 and a staggering 54% in 2008.

Adoption rates for Canadian shelters are improving. In 2015, 48% of shelter dogs were adopted, a number that is keeping steady, according to the latest data.

The same adoption trend is continuing for cats, with 57% of shelter cats being adopted in 2015 — the highest number seen in two decades. This is in part due to the strict spaying and neutering practices from most shelters that prevent more cats from being homeless, as well as shelters transferring pets to other shelters and rescue organizations to increase the chances of adoption.

10. The average length of stay in Canadian shelters is less than 30 days.

1. Does Canada euthanize animals in shelters?

2. Are there are many exotic pets in Canada?

Yes! Altogether, an estimated 1.4 million wild or exotic pets are kept in Canada, largely due to the lack of exotic and wild pet ownership laws in the country. This includes almost half a million birds, almost 150,000 snakes, and various amphibians, arachnids, and even wild cats. Unfortunately, many of these animals pose a danger to their owners and the people in their local communities. This and the fact that many of these animals are difficult to look after and properly care for cause many to end up in shelters. Most of these animals are far less likely to be rehomed than dogs or cats.

“No-kill” facilities have become a contentious topic, as true no-kill facilities will keep an animal alive at any cost, so no animals are euthanized unless they are terminally ill or dangerous to the public. While this seems great on the surface, the emotional and behavioral suffering of animals can be just as painful as physical suffering. While some of these animals are taken to foster facilities, many are kept in cages for months or even years. In many of these cases, euthanization is a more humane option.

The American Society for the Prevention of Cruelty to Animals (ASPCA), for example, states: “The ASPCA believes that unwanted pets deserve a dignified, painless death rather than suffer from such cruelties as malnutrition, disease or trauma, outcomes commonly associated with an unwanted and/or uncared-for existence. Similarly, long-term housing of individual dogs and cats in cages without access to exercise or social activities is not an acceptable alternative. Euthanasia must be understood for what it is: a last-step, end-of-the-road option to spare animals further hardship and suffering.”

However, one concern that is still a huge problem in Canada is the lack of laws relating to ownership of wild and exotic pets, leading to a vast number of these animals ending up in shelters. These animals are far more difficult to rehome and look after, and consequently, many end up being euthanized.