Can Bearded Dragons Eat Asparagus? What You Need to Know! 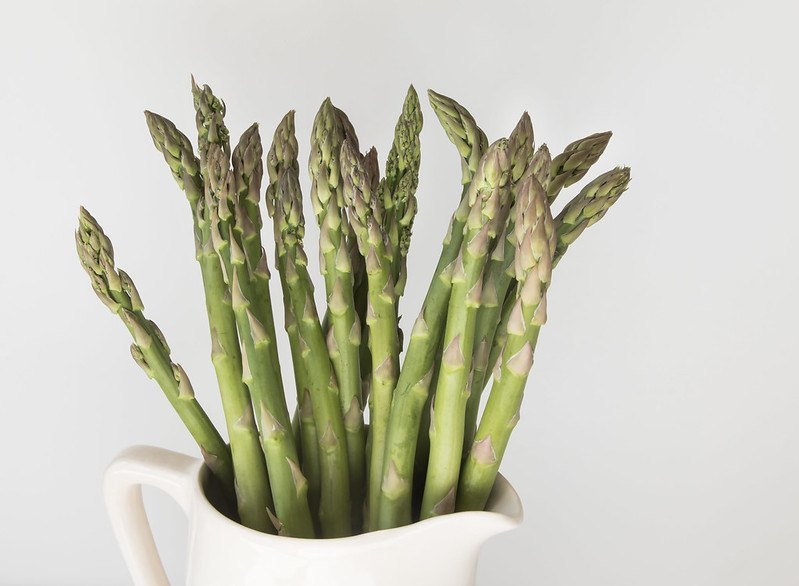 As pet owners, we love to share foods we enjoy with our pets, so long as it’s safe and healthy to do so. Asparagus isn’t a vegetable that’s for everyone, with an odor as strong as its flavor. But if you’re a person who loves asparagus, you might be wondering if it’s safe to share with your bearded buddy. After all, asparagus is a vegetable and it’s healthy for us, so it should be ok to feed your dragon as well, right?

Asparagus is one of the many vegetables that are safe for bearded dragons to eat. It can make a tasty treat if your dragon enjoys it, which isn’t guaranteed. Feeding asparagus to your bearded dragon shouldn’t happen more than once a week though. Doing so could be detrimental to your dragon’s health, even causing health concerns such as metabolic bone disease. If you’re interested in feeding asparagus to your dragon, read on to learn about how you can do so safely.

Is Asparagus Safe for Bearded Dragons?

That doesn’t mean that every fruit and veggie is a great option for your dragon. Some vegetables, like spinach, can actually be harmful for your dragon if overfed. Certain fruits can also introduce high amounts of sugar without many mineral benefits for your lizard.

Asparagus is considered to be a safe food for bearded dragons, according to the VCA. But asparagus is one of the vegetables that should be fed to dragons sparingly.

Dangers of Overfeeding Asparagus to a Bearded Dragon

Unfortunately, over-consuming phosphorus can cause such health concerns as metabolic bone disease, which can cause softening of the jaw and bones in the face, swelling of the limbs, tremors, and extreme weakness. It’s a terrible disease that no dragon should have to endure.

But when it comes to asparagus, the phosphorus to calcium balance isn’t the only problem your dragon has to face. Asparagus also contains oxalates, which prevent calcium absorption. This can also contribute to metabolic bone disease. So, it’s important to monitor your dragon’s overall consumption of oxalates, calcium, and phosphorus if you’re going to introduce asparagus into its diet.

Does Asparagus Have Any Benefits for Bearded Dragons?

We’ve seen the potential downsides to feeding your dragon some asparagus, but this veggie is considered healthy for humans and can also offer some benefits for your bearded dragon.

Asparagus is loaded with several different vitamins and minerals, including vitamins A, C, E, and K. It’s also got moderate amounts of protein, plus some valuable minerals like iron and sodium.

You’ll also find plenty of antioxidants in asparagus, which, combined with the vitamins, can help to boost your dragon’s immune system and reduce overall inflammation. Similarly, vitamins E and K will help to rebuild damaged cells and regulate blood clotting.

The protein in asparagus can help your dragon maintain its strength. Meanwhile, the potassium it contains will help strengthen your dragon’s kidneys and maintain proper kidney function.

There’s a good bit of fiber in asparagus that will aid your dragon’s digestive system. But asparagus is actually 92% water, ensuring that your dragon stays adequately hydrated.

The general rule of thumb for feeding asparagus to a bearded dragon is to make it a once-weekly treat. Offering it more often than that could be detrimental to your dragon’s health. Of course, you need to consider this in conjunction with the other foods your dragon has eaten that week. For instance, you don’t want to feed your dragon bell peppers and asparagus the same week since both are higher in phosphorus than calcium.

Preparing Asparagus for Your Bearded Dragon

If you’re ready to feed asparagus to your dragon as a treat, you might be wondering about the best way to offer it to them. Luckily, dragons aren’t too picky about the way they’re fed asparagus. But not all dragons will want to eat this veggie. Just like in humans, it’s a polarizing vegetable. Your dragon might love it or hate it! But don’t force it on them if they don’t seem to like it.

You can feed your dragon asparagus that’s cooked or raw. Usually, raw vegetables are a better bet for pet dragons. With asparagus, cooking it can be advantageous since it reduces the oxalates contained in the veggie, though it also removes some of the nutrients, such as vitamins.

If you decide to cook the asparagus for your dragon, make sure you don’t use any spices or flavorings. Salt, pepper, oil, and any other seasonings should be avoided as they can be harmful for your dragon.

Organic asparagus is the best choice when it’s available. No matter what type of asparagus you serve or how it’s cooked, you’ll want to chop it into smaller pieces, so your dragon won’t choke. And always make sure to wash the asparagus thoroughly to avoid feeding your dragon pesticides and bacteria.