Can You Put Two Crested Geckos Together? 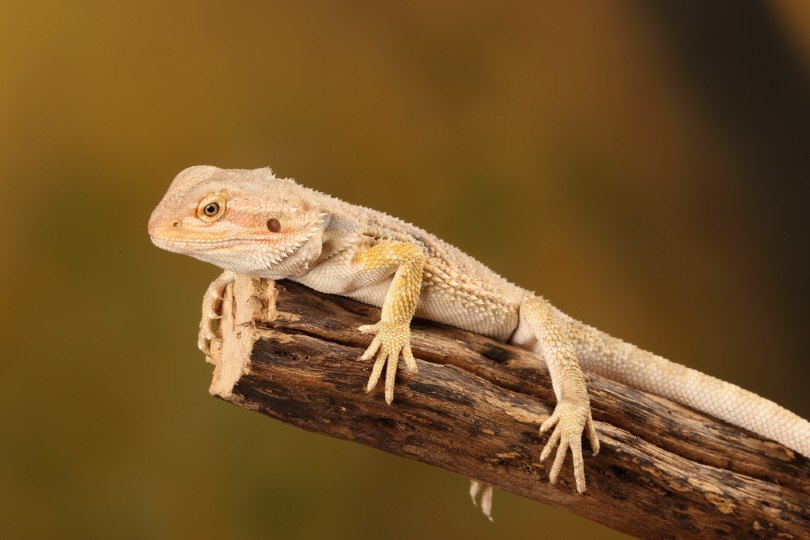 Many lizards are commonly kept as pets, but few are as unique and interesting as the crested gecko. These lizards are striking in appearance and come in a wide range of different colors and variations. They’re full of personality and make excellent pets, but once you get one, it tends to fuel the desire for more. The question is, can you keep them all together, or will you need separate terrariums?

In truth, there’s some debate about what crested geckos’ social habits are like in the wild. But according to some prominent sources such as the Royal Veterinary College of the University of London, crested geckos are happiest when living alone. That doesn’t mean you can never keep two of these lizards in the same home; it just means that you’ll have to be very particular about how you do it.

If you plan on trying to house two crested geckos in the same enclosure, you’ll need to be aware of all the potential hazards that could come as a result. This will ensure you’re prepared in case something happens, and should offer you the foresight necessary to prevent many of these problems from ever arising.

The biggest risk when keeping multiple crested geckos in the same enclosure is fighting. Fighting between these lizards can get wildly intense and aggressive. It often results in the death of one or both lizards. Injuries are almost guaranteed if such a conflict arises, and you can bet that some of those injuries will be quite serious.

Male crested geckos tend to be very territorial. That’s why they fight so intensely. But females aren’t the same. Females and males don’t fight over territory. Males generally only attack other males in their space. For this reason, you’ll never want to keep two male crested geckos in the same enclosure. This will very likely result in fighting, which could cause injury or death for your geckos.

It may sound wild, but cannibalism is another major thing to consider. This is most common when there’s a notable size difference between two geckos in the same space. It’s pretty common for the larger lizard to eat the smaller one. In reality, crested geckos are voracious carnivores that will eat just about anything they can fit in their mouth, and a smaller lizard just looks like another meal to one of these lizards.

The problem with cannibalism doesn’t end there, unfortunately. If one lizard is eaten, that lizard is gone. But what if the lizard doing the eating ends up choking on the smaller lizard? Now you’ve got two dead lizards, and this possibility is far more probable than you might think.

In order to keep crested geckos together without fighting and mayhem, you’ll need to be very selective about the geckos you choose to house together. In this section, we’ll discuss some different pairings you might consider, and whether or not they’re a good idea.

This is probably the last pairing you’d want to make with crested geckos. Males can be very territorial, and if you house two of them together, you are very likely to see fighting, which could result in injury or death for either or both geckos.

One male and one female can be housed together safely. This will likely result in offspring, but you’ll probably want to separate the two lizards for a while after the female gives birth. She’ll need some time to cool down and recover without the stress of the male attempting to chase her down to continue breeding.

This is likely the best approach if you plan on keeping more than one crested gecko in a single enclosure. It’s recommended that you keep no more than three together in total to avoid fighting over space, even between females. But with one male and two females, there should be no fighting, lots of breeding, and the females will still get cooldown time without being removed from the enclosure.

Female crested geckos tend to form hierarchies when kept together, but they also generally remain peaceful. They’re less territorial than males, and thus, less likely to fight. You can usually house several females together safely.

Things are a bit different when dealing with babies as they’re quite a bit more social than mature adults. You can keep several baby crested geckos together without much risk of fighting, regardless of their sexes.

If you’re still determined to keep more than one crested gecko in a single enclosure, then you’ll need to know how to do so in the safest way possible. Here are some tips to help you do so.

Don’t try to keep two males together, it’s not worth the risk. Stick to groups that make sense. Keep no more than one male per enclosure. Females can be kept together, but ensure there’s adequate space to avoid fighting. One male can be kept with several females, but if it’s kept with just one, make sure she gets cooldown time separate from him after giving birth.

Pick Lizards of a Similar Size

The last thing you want to do is accidentally feed a smaller crested gecko to a larger one by trying to keep them together. Avoid this by only putting lizards in the same habitat if they’re about the same size. Even if it doesn’t eat the smaller lizard, a larger male might try to breed with a female that’s not ready yet, causing serious damage in the process.

Crested geckos make great pets and they’re some of the most unique-looking lizards around. Keeping your geckos in the same enclosure seems like the easy route, but you’ll have to be very careful about pairing them up unless you want your lizards to kill or injure each other. Still, if you take sensible precautions like never keeping multiple males together and only housing lizards of similar size together, you should be able to keep several lizards in the same habitat safely and peacefully.